NEW RELEASE: Striking colt out of a half-sister to THREE Group 1 winners! 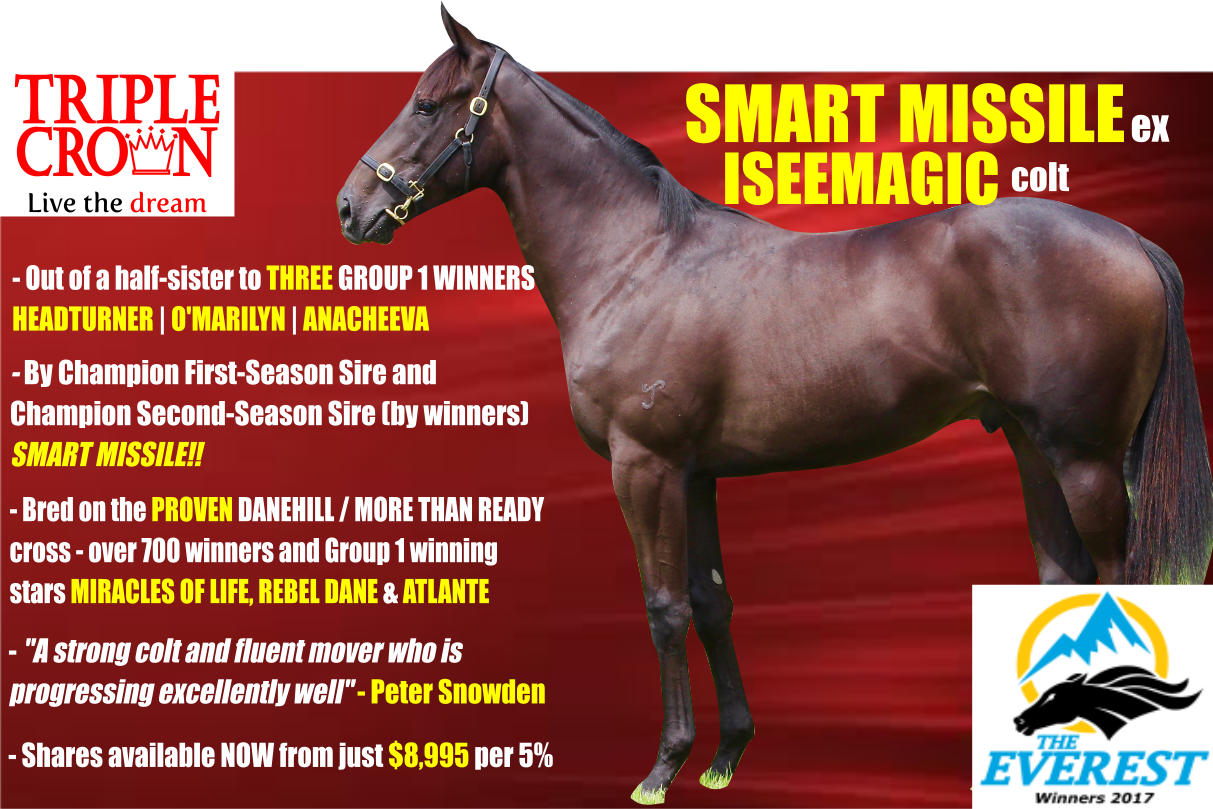 A CRACKING type and majestic mover, our latest colt to become available is from a wonderful racing family, being out of a half-sister to no less than THREE Group 1 winners!

The colt, who is by Champion First-Season Sire Smart Missile, is by winning Sebring mare Iseemagic, who is a half-sister to Group 1 Caulfield winner Anacheeva, Group 1 Australian Derby winner Headturner, Group 1 Manawatu Sires Produce winner O’Marilyn as well as Group 2 Premiere Stakes winner Kroner, while the colt is also from the family of Group 2 winner Mackintosh and Champion Queensland First-Season Sire Golden Archer.

Triple Crown have raced some of the top progeny of Smart Missile, with Stakes placed juvenile Jericho, as well as the Stakes placed Island Missile racing in the red silks. The stallion by Champion Sire Fastnet Rock was one of the most thrilling colts of recent years, with an eye-catching turn of foot that saw him land the Group 2 Todman Stakes as a two-year-old, and the Group 3 Run To The Rose as a three-year-old, before being narrowly beaten in the Group 1 Golden Rose. 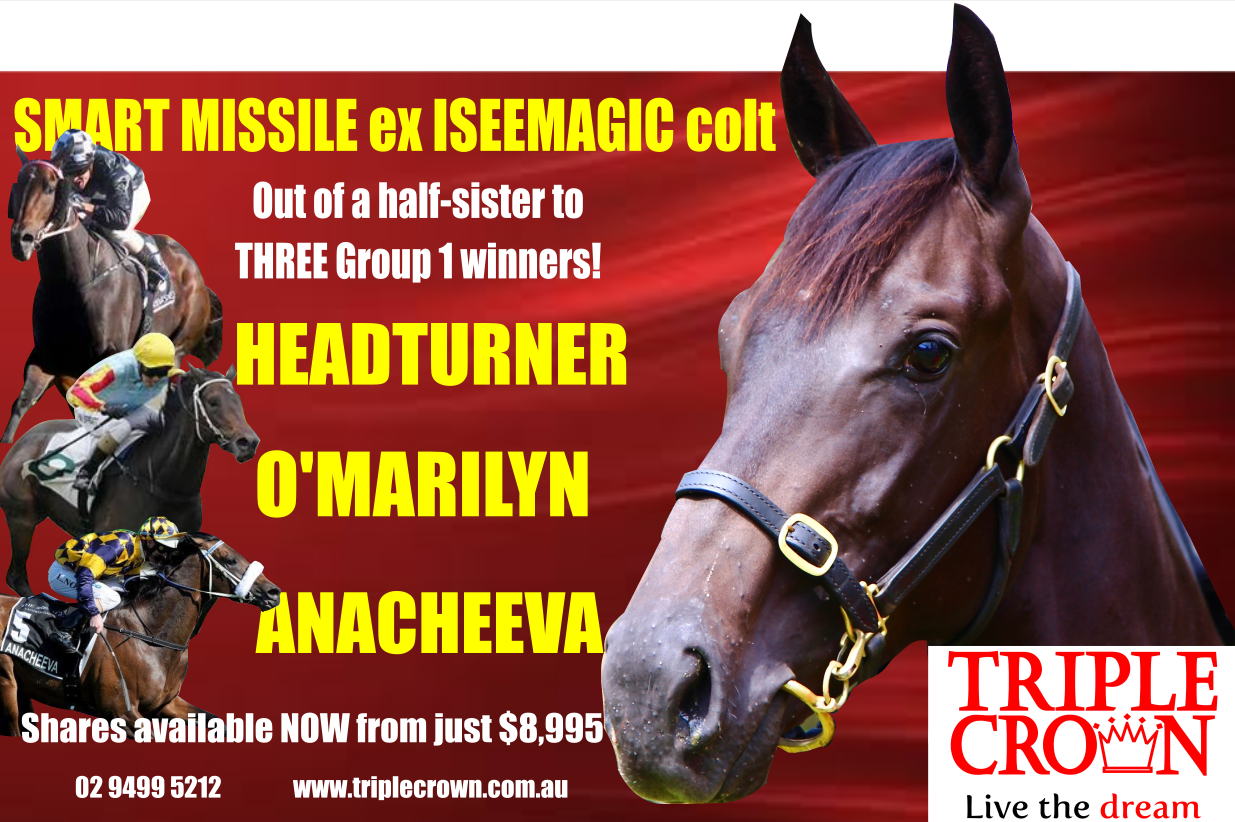 At stud, Smart Missile has made an excellent start, being crowned the Champion First-Season Sire & Champion Second-Season Sire by winners, as well as Stakes winners I’ll Have A Bit, Exocet, Debellatio and Sassy N Smart among his progeny.

Join the Triple Crown and Snowden Racing Everest winning team in this outstanding colt, and Live The Dream in racehorse ownership with Australia’s most successful syndicators!