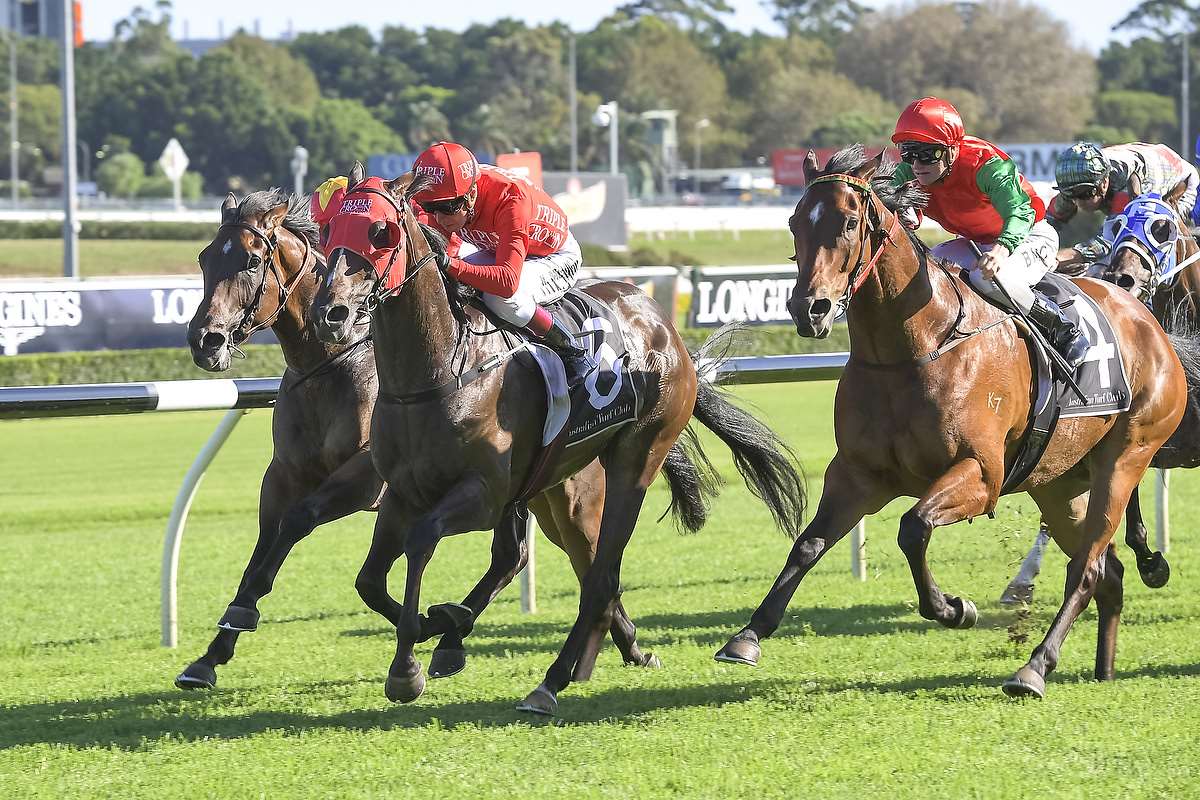 TRIPLE CROWN continued their tremendous run of form in February as Onslaught took the shortest route and toughed it out to deny the fast-finishing Kaonic at Rosehill Gardens on Wednesday.

A winner a fortnight ago at Randwick by the smallest margin, the four-year-old was travelling much the best of the field in the BenchMark 75 event over 1500m and hung on to take victory by a nose from the race favourite.

Always doing enough in his races, Onslaught is putting together a nice record for his owners with this his fourth career win, taking him through the $100,000 mark in prizemoney to $122,345.

Blake Shinn gave the son of Snitzel the perfect ride, travelling just behind the speed before taking Onslaught up the rail in the straight, and the in-form hoop was pleased with the performance.

“It’s amazing what that last win has given the horse in terms of confidence,” said Shinn. “He really toughed it out well.

“If anything for this type of horse I got there a little early, but I was impressed by his grit and determination and he’s beaten a nice horse today.

“He’s always been a nice horse and he seems to be putting it all together now.

“I feel he can go up to another level. It’s amazing what wins can do for a horse and who knows where this horse can end up.

“The Snowdens are just masters so he’s in the right camp to get the best out of him.”

Co-trainer Paul Snowden was on hand to oversee the victory, and hinted at a trip to Melbourne for Onslaught as the Carnival heats up.

“Everything panned out great and that’s exactly how we wanted to ride him,” said Snowden. “I thought Blake did a terrific job.

“Sometimes he can get to the front too soon but when you get it right and they’re always going to roll off here and we’re going to be smoking for somewhere to go.

“We were afforded that opportunity at about the 300m and once we cuddled him we knew he was going to get a kick and after that he was always going to hold on.

“We’ve toyed with the idea of Melbourne as in a month or so it’s get awfully hard during carnival time and it could do him the world of good.”

YOU can join in the Triple Crown and Snowden Racing success with this exceptional filly by gun first-season sire EPAULETTE!

Peter Snowden trained the dual Group 1 winner Epaulette during his time as head trainer at Darley and the son of Commands has made a terrific start at stud, delivering three Stakes performers from his first nine runners on the track.

This filly is a particularly exceptional mover, and is typical of Epaulette’s progeny with the sire really stamping his sons and daughters with his athletic build.

Shares are available from just $8,495 per 5% with just limited availability remaining!