Peggy Gets Her Chance To Shine 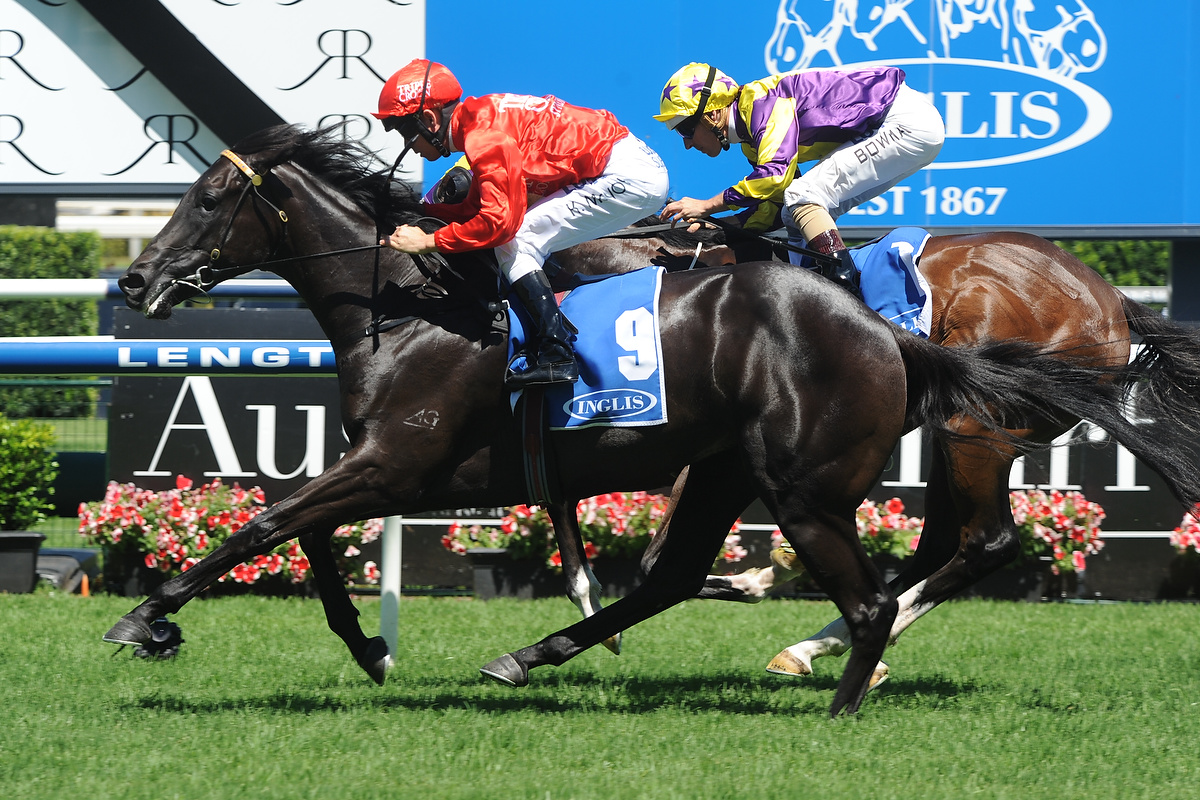 An incredible season with his two-year-olds is set to be capped with Group 1 success for Rosehill trainer Gerald Ryan. He will saddle up four outstanding chances in this Saturday’s $1 million Inglis ATC Sires’ Produce Stakes (1400m) at Randwick.

One of four Group 1 races on day one of The Championships, this year’s Sires’ has presented all contestants with a real chance of victory, because Golden Slipper winner Mossfun and runner-up Earthquake are not backing up.

The first horse home in last week’s Golden Slipper attempting the seven-day back up is the Ryan-trained Believe Yourself (fourth), and the trainer is happy with how the filly has come through her Rosehill run.

“It was a terrific effort and she has done really well so there is no reason not to run her,” Ryan said this week.

Joining Believe Yourself in Ryan’s Sires’ arsenal is Pago Pago Stakes winner Time for War, Black Opal Stakes winner Lucky Raquie, and the filly that has looked a real Sires’ horse for some time, Peggy Jean.

A daughter of Myboycharlie, Peggy Jean was pegged by Ryan as an ideal Sires’ and Champagne Stakes horse back in the summer when she came from off the pace to score an impressive win in the Inglis Classic.

The filly resumed from a spell a fortnight back in the Group 2 Magic Night Stakes (1200m) at Rosehill and her run was excellent. She missed the start and settled at the back of the field before running on strongly near the inside of the track and going down only narrowly to Bring Me the Maid.

That filly’s effort to run third in the Golden Slipper franked the form of the Magic Night result and gives Ryan even more confidence ahead of Saturday.

“I was very happy with Peggy Jean’s first-up run and obviously she will appreciate the rise in distance on Saturday. This race, along with the Champagne, are the two I’ve had in mind for her for a long time,” Ryan said.

Peggy Jean will be ridden by Nash Rawiller, who was aboard the filly in her impressive Rosehill barrier trial victory on March 21.

Although impressed by the trial, Rawiller had a commitment to the Gai Waterhouse-trained Donelle for the Magic Night and Blake Shinn partneredPeggy Jean to her second placing.

Peggy Jean is another success story for her owners, Triple Crown Syndications, and sire Myboycharlie.

The syndication group have enjoyed good success with a son of that stallion, Charlie Boy, for whom they paid $80,000. The three-year-old colt has won almost $320,000 in prizemoney.

He tackled all three legs of the two-year-old Triple Crown last season, and although unplaced in each race, he wasn’t disgraced and progressed to win the Group 2 Danehill Stakes as a spring three-year-old.

Asked if there were any similarities between Charlie Boy and Peggy Jean, Ryan suggested there were not.

“He is a bit hard to handle at times, a bit of a lad, but she is just a pleasure to have around the stables and a real professional. I think that will help her as she races over longer journeys.”

Ryan finds it hard to split his contingent of Sires’ Produce runners, as do the bookies, who have all four under double figures.

“They have all been lightly raced, with the aim of getting to this race and the Champagne Stakes in top order,” the trainer said.