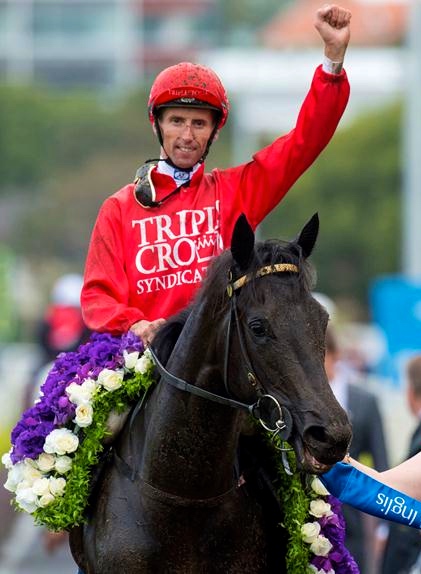 AFTER a disappointing spring, Gerald Ryan is buoyed by the appearance of Group 1 winning filly Peggy Jean as she heads toward an autumn campaign.

Peggy Jean’s spring was restricted to two below par runs in the Furious and Tea Rose Stakes and sent to the paddock.

But, after a couple of months in the paddock Peggy Jean, winner of the Inglis Classic and ATC Sires Produce, has really furnished.

“She went out a three-year-old filly and came back a mare,” enthused Ryan.

“She has really strengthened and thickened and looks really good.

“She wasn’t really right in the spring, she didn’t spell well after the autumn, but this time she spelled really well.”

Ryan said he’s looking to open this daughter of Myboycharlie in the Group 2 Light Fingers Stakes (1200 m) at Randwick on February 14.

Stablemate Rubick, who won the Schillaci during the Melbourne Racing Club spring carnival, has been back at the stables for 10 days.

Rubick will open his campaign in the Group 2 Challenge Stakes (1000 m) at Randwick on March 7 with the Group 1 Galaxy (1100 m) a fortnight later as his main goal.

Ryan said Washington Heights, which had surgery to remove a bone chip, is likely to make only a cameo autumn appearance with next year’s Melbourne spring as his  focus.

“In the spring he could end up in the Toorak, Crystal Mile or Emirates, I think he can become a really good miler,” he said.

Emerging stayer Bachman will remain in the paddock until mid January after a cut that forced him out of the Victoria Derby has taken longer to heal than first hoped.