WOW! Chris and Michael Ward from Triple Crown Syndications purchased Peggy Jean, the daughter of Myboycharlie, from Reggie Blundell and John Cornish at the 2013 Inglis Classic sale for $46,000. They then syndicated her amongst their clients before she went on to win the Inglis Classic (Triple Crown’s third win of this valuable feature race). The fun didn’t stop there, as Peggy Jean then went on to create history by winning the first ever ‘The Championships’ race when she scored a dominant win from the back of the field in the Group 1 Sires’ Produce Stakes at Royal Randwick.

The gorgeous Peggy Jean continued on to earn a staggering $920,525 in career prizemoney. Upon retirement from the track, Chris and Michael advised their owners to send her to Yarraman Park and have her put in foal by leading stallion I Am Invincible. Then 10 months later the excited group of owners found themselves huddled around table 18 in the Magic Millions sales ring. The team looked on with anticipation and excitement as Peggy Jean strode into the ring looking absolutely magnificent thanks to the team at Yarraman Park. Auctioneer Steve Davis knew he had a special horse in the ring and immediately asked the room for an opening bid of $500,000. Immediately he was greeted with the requested bid from Antony Thompson from Widden Stud. After a momentary pause whilst people assessed the game of chess they were about to play, the counter bids started coming in thick and fast, raising the value and return for the owners by $50,000 at a time. Again the auction paused at $950,000 before Antony Thompson, who had started the bidding duel came in with a final bid of $1,000,000 to secure the prized lot.

Needless to say table 18 erupted with cheers, hugs, kisses and back slapping all round. This Triple Crown team of owners came together 3 years ago with the hope of winning a nice race together. They got more than they bargained for – they didn’t win any ordinary race, they won at the very highest level on the biggest stage, shared the journey with people who have since become lifelong friends, and have now concluded the syndicate with a million dollar pay day. It doesn’t get any better than that.

Watch the auction action above. 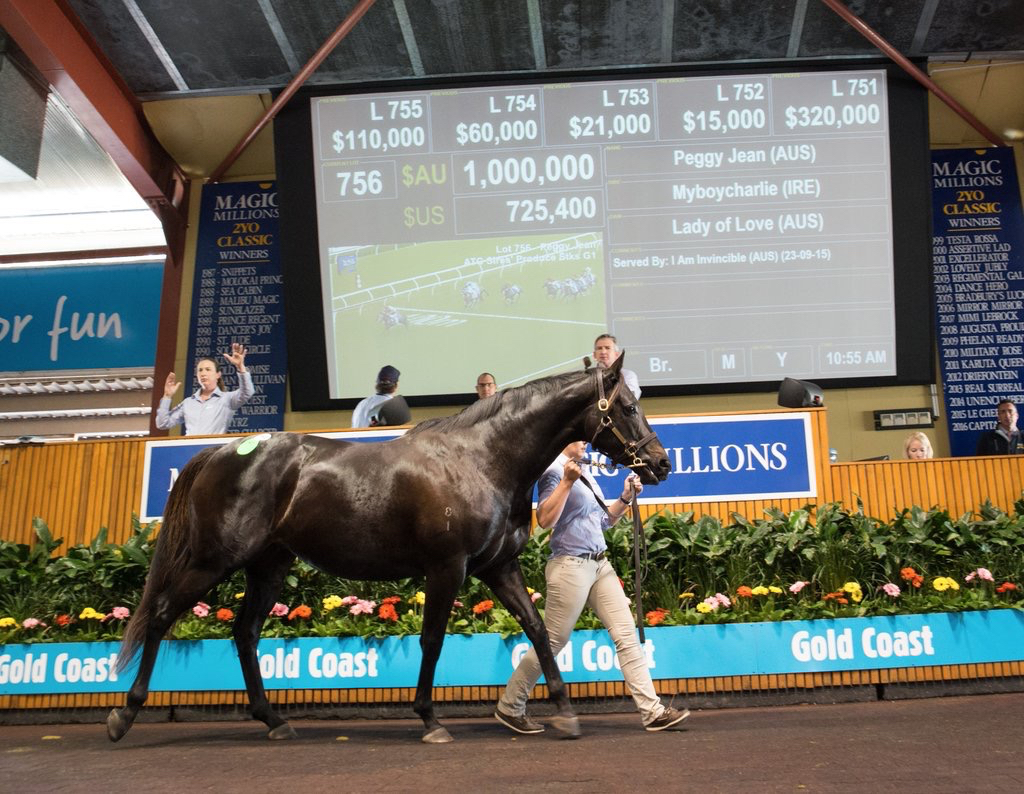