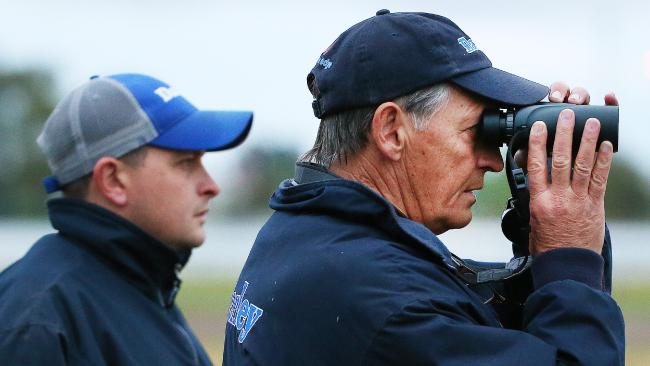 ONE look at Peter and Paul Snowden’s statistics show just how lethal this father-son combination really is.

Team Snowden has prepared 277 winners (from 1451 runners) at an amazing 19 per cent since officially forming a partnership in May 2014 but that’s just the tip of the iceberg.

Punters who backed their runners exclusively in that period would also be making a healthy profit.

“If you had a $100 (win bet) on each selection you would be $3,060 in front at the best of starting price or three totes,” The Rating Bureau’s Dan O’Sullivan said.

“That might not seem like much but it’s outstanding when you consider that the market average return across all trainers for the same number of selections would be -$22,200.”

Of course, very few, if any, punters would back each of Snowden’s runners exclusively but the stats alone show just how well the father-son team is travelling.

Team Snowden will bid to continue the good times when they saddle up eight runners at Rosehill Gardens on Saturday.

Co-trainer Paul rates Choice We Had the best of them and gives his thoughts on all eight starters below.

“The thing is her racing manners have changed. Her first prep she was up on speed and overracing but now we are teaching her to settle and she is very laid-back in her work. Her wins have been no flukes and the colt of Gai Waterhouse’s (she beat last start French Blue) is quite progressive.”

“She was back to her best the other day. She has worked strongly during the week so I want to see her put it together again before we go any further but she needs to win one soon.”

“He is somewhere up to where ne needs to be. He is stepping up in trip which is the biggest part for him.”

“He has had two good trials and he has trained up nicely to run well fresh.”

“She is knocking on the door and is up to a trip she relishes. I expect a bold showing.”

“He has been held back by these wet tracks but he is very forward and fit and I can see him running a bottler first-up.”

“He is going really well. Ultimately he is a Magic Millions horse so it would be good if we can knock one of these over and give him a week off and go there. I would love to see him win.”

“He just got attacked in the lead the other day and his run was enormous. He got taken on the whole way and he kicked and the winner just had his back.”