Pole Position lives up to his name with emphatic debut win 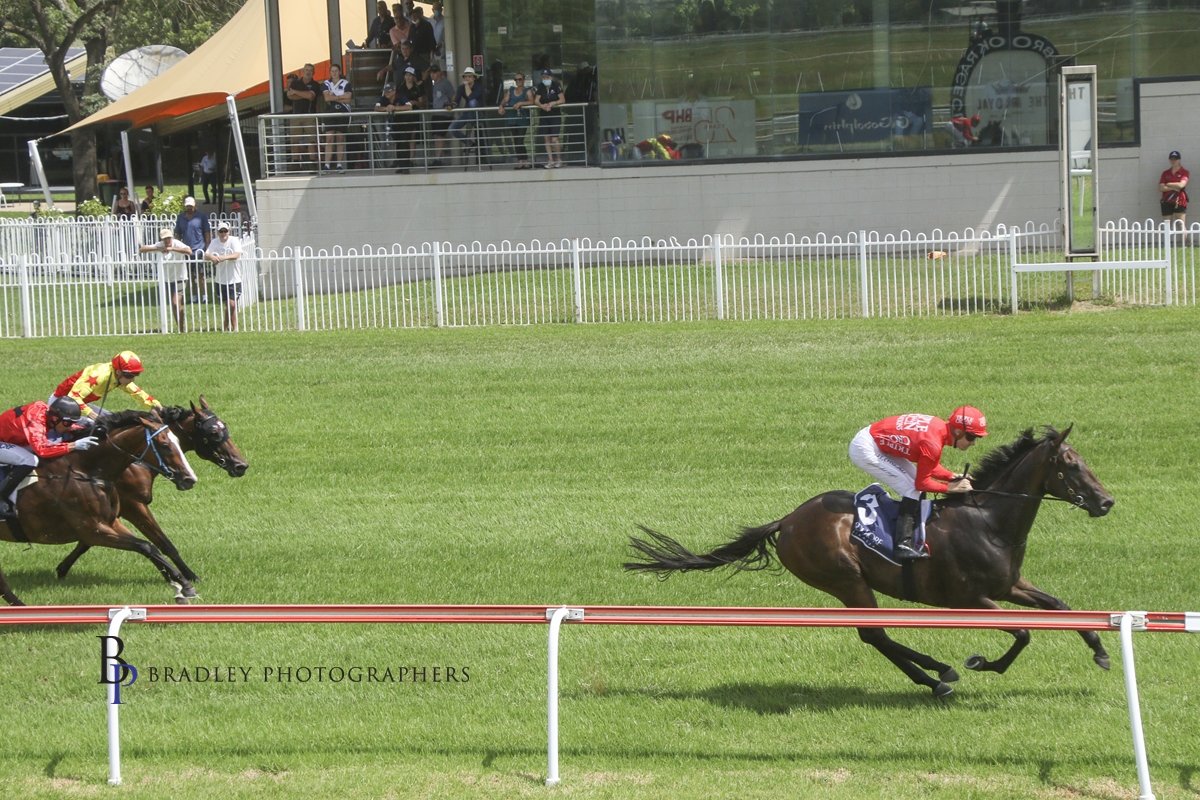 The Triple Crown team has another promising three-year-old in its ranks after POLE POSITION turned a Muswellbrook Maiden into a procession on debut earlier this week.

Jumping off the $4 second favourite off the back of two eye-catching trials, Pole Position was a touch slow to begin from his wide barrier, but Rory Hutchings quickly bustled him up to find a position just off the speed.

Pole Position didn’t have it all his own way and had to cover a bit of extra ground around the first turn, but Rory eventually found a lovely spot in the second pair, where he travelled strongly throughout.

Shortly before the turn for home, Pole Position was asked to improve and he responded generously, albeit after showing a few signs of greenness when the button was first pressed. He hit the front halfway down the straight and the race was over in a matter of strides, with Pole Position drawing away from his rivals effortlessly to score by two-and-a-half lengths eased down.

Winning co-trainer Peter Snowden was not at all surprised to see Pole Position make a winning start to his career and feels that he possesses more than his fair share of ability.

“It’s always good to win your first start,” he said. He went there for a good day out and he got that.

“He jumped well, travelled nice, was good late and won well. I know he’s better than that grade, but it was just a starting point for him.

“He needs a bit of education as he’s a bit behind the others as far as experience goes, but that was a good start in the right direction today.

“It’s good to see him take that trial form to the races and win as well as he has – It’s good for him and good for our ownership group!

Pole Position will be afforded the opportunity to live up to his trainer’s expectations in due course, with Snowden confident that there is further improvement to come.

“He may even want a bit of headgear as he had a good look around today, but I’ll put a lot of that down to greenness and newness,” he said.

“How much he improves from here to his next start will tell us whether we need to put a bit of headgear on sooner or wait for him to pick things up as he goes.

“He’s a horse with nice ability and I’m sure we are all going to have a lot of fun with him.”

It was a terrific way to start Pole Position’s race career and all credit to the Snowden Team for placing him to perfection on debut.

Congratulations to his strapper and all his owners – Hopefully it is the first of many dominant wins for this exciting son of Astern!