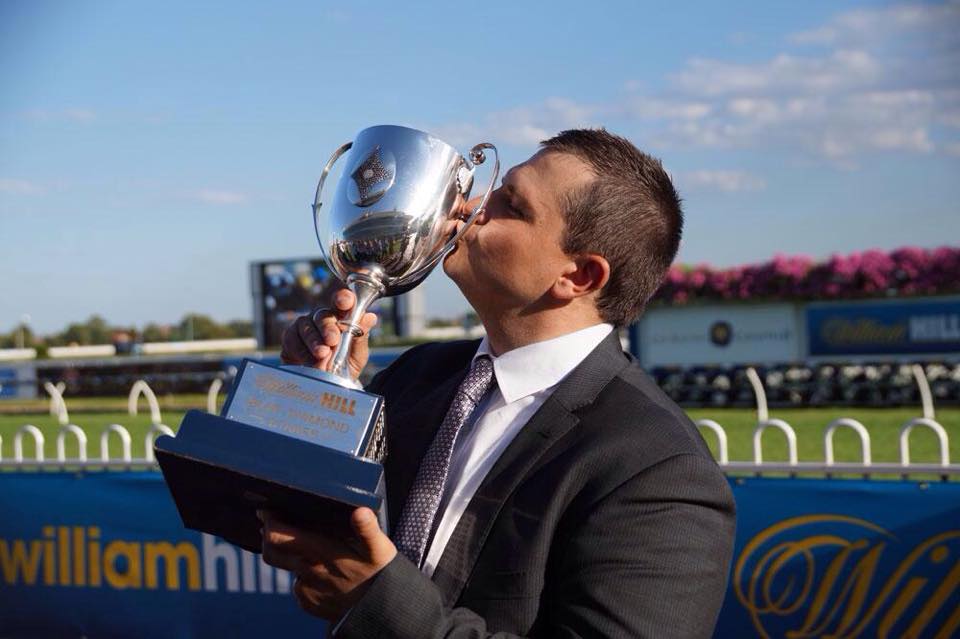 An already brilliant start to a training partnership for Peter and Paul Snowden went to another level when Pride Of Dubai claimed the Blue Diamond Stakes at Caulfield on Saturday.

The colt gave Peter Snowden his third Blue Diamond victory in five years and his first in tandem with his son.

Snowden left his job as Darley’s Australian trainer last year to open a family racing business which didn’t take long to deliver a Group One win when Shooting To Win claimed the Caulfield Guineas.

But there anxious moments as Pride Of Dubai became the first maiden in two decades to win Victoria’s premier two-year-old race.

Pride Of Dubai picked himself up after interference to deny the $101 outsider Reemah by a head with Lake Geneva ($13) 1-3/4 lengths away third.

Paul Snowden was foreman for his father when Sepoy (2011) and Earthquake (2014) won the Blue Diamond.

Earthquake’s jockey Damian Browne was the rider called on again to get the job done on Pride Of Dubai.

Pride Of Dubai ($6) tracked Fontiton ($2.25) on the fence but became unbalanced before taking a late split to the inside of the favourite.

“If he didn’t win today, he would have been a certainty beaten,” Paul Snowden said.

“To his credit he’s picked himself up off the canvas and has proven himself a worthy winner.”

Pride Of Dubai was bred and is raced by Sheikh Mohammed Bin Khalifa Al Mahtoum and Snowden said he was one of the first horses the Sheikh had offered them to train.

Browne said it got “a bit hairy” at one stage in the straight as he probed for a run.

“He was able to do that just on pure ability,” Browne said.

Chris Symons thought he had his first Group One when Reemah made her charge, while inexperienced Lake Geneva lost no admirers.

Jockey Mark Zahra, suspended for 10 meetings for his ride on Fontiton, said the filly had her chance before finishing fifth.

“She travelled up nice and at the top of the straight I thought `here we go’ but there just wasn’t the same acceleration,” he said.