Ranges reigns in Brisbane with a first Stakes success 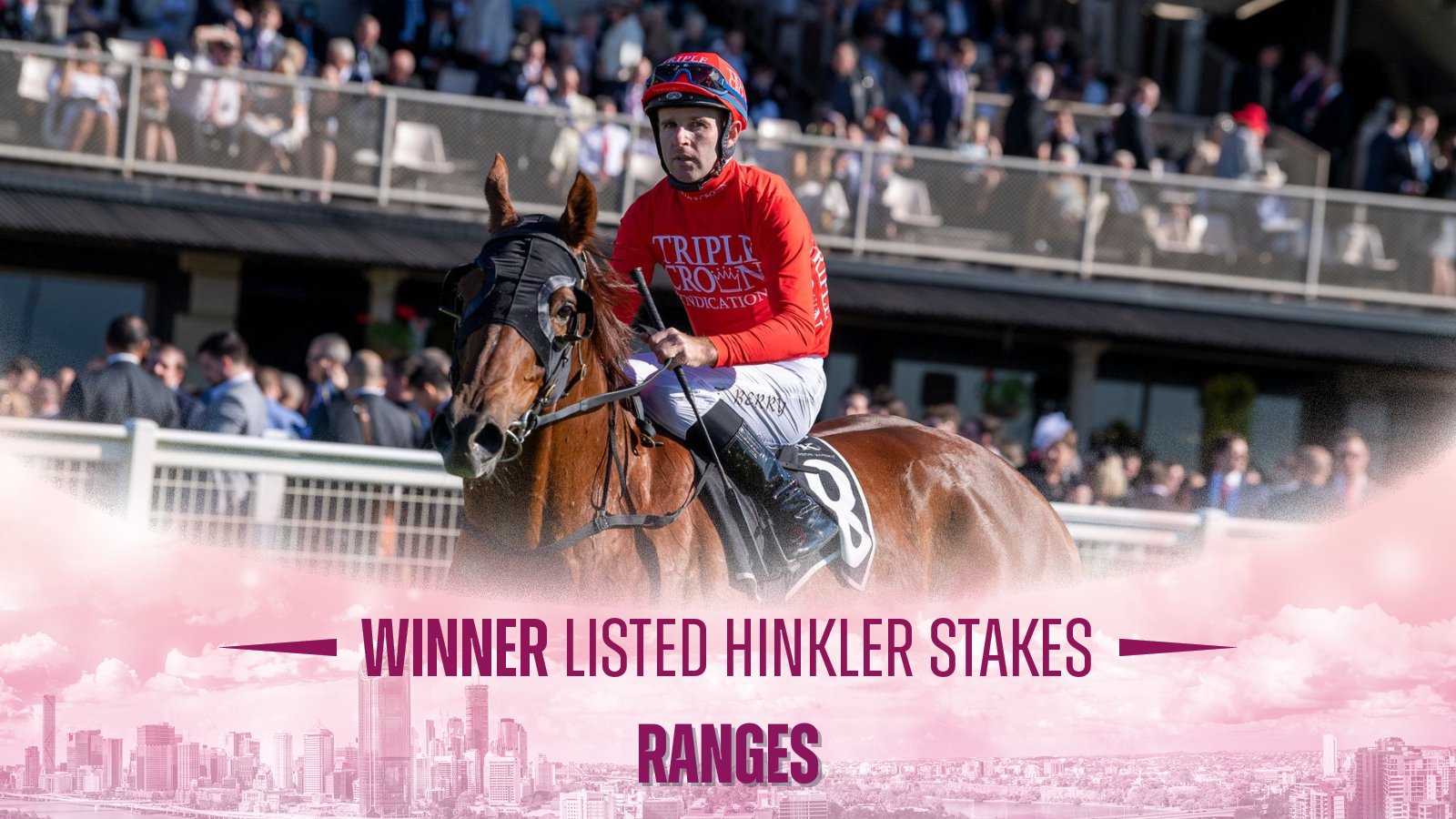 The incredible rise of RANGES shows no sign of stopping after the loveable chestnut secured a first Stakes success in the Listed Hinkler Handicap at Eagle Farm on Saturday.

Triple Crown’s hugely progressive five-year-old was handed his first interstate mission after resuming with a career best third in the Listed Ortensia Stakes at Scone, but as has been the case for the past year, Ranges once again took his form to a new level with a comfortable half-length success over Simply Fly in the Sunshine State.

Saturday’s win was the seventh of his career and took his prizemoney haul beyond the $400,000 mark, an achievement made all the more impressive given that he was allocated a Benchmark rating of 70 after landing the Aberdeen Cup at Muswellbrook this time last year.

Ranges is now rated in the 90s and will head to the W J Healy Stakes in two weeks’ time for his next assignment, where he will bid to follow in the hoofprints of his former stablemates BRAVE SONG and DOTHRAKI, who landed the Group 3 contest for the Red Army in 2019 and 2015 respectively.

Ranges’ rate of progress was not lost on winning jockey Tommy Berry, who knows the son of Shooting To Win inside out having now steered him to three of his seven career victories.

“I went down to Muswellbrook to ride this guy twelve months ago, so seeing him here winning a Stakes race isn’t what I expected,” he told Sky Racing after the win.

“But I said to Pete [Snowden] “we might be alright here” after his work on Tuesday morning. He’s just come of age; it’s taken him a long time but he’s relaxing better and doing things right.

“It was a good effort today because we were left in front a long way out. He toughed it out well.

“It’s only going to get tougher for him from now on, but I think even if this was the last race he won, and I don’t think it will be, these owners will be pretty happy still.”

Another person to pay tribute to Ranges’ enthusiastic group of owners was winning co-trainer Peter Snowden, who couldn’t hide his delight in his post-race report.

“I’m so proud of this horse and what he did on Saturday was a huge highlight for me. He’s come such a long way,” he said.

“That was the big league up there and his first trip away from home. He had to work hard for it too. It wasn’t an easy race and there was plenty of speed on. He had to chase that fast speed and was in front a long way from home, so he’s done a great job.

“He’s a black-type winner now. I never though I’d be saying that, but such has been the progress in him and the new lease of life that he has. He thinks he’s something special now.

“I’m really happy for everyone who stuck by him.”

Ranges’ win was the sixth Stakes level success for the Triple Crown team since February, which is double the number of any other syndicator during the same period.

The red army is in red hot form, so increase your chances of owning a Stakes class horse and join Triple Crown in racehorse ownership!

Congratulations to Tommy Berry, Snowden Racing and all of Ranges’ owners on a memorable success!