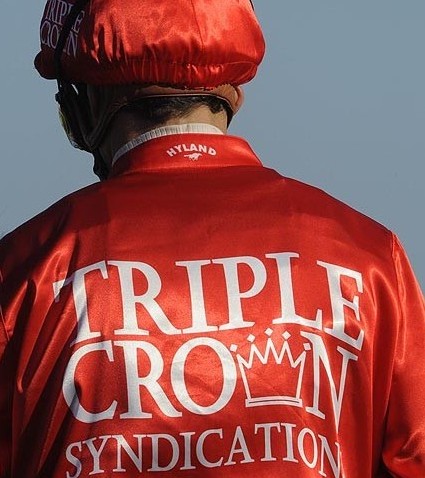 With the official weights for the $2m Group 1 Stradbroke Handicap (1400m) released this morning, two Triple Crown horses will make the final field of the Brisbane Winter Carnival feature on June 6.

Six year old Hot Snitzel (Snitzel ex Flames Of Paris) shares the top spot with Doomben 10,000 winner Boban following his recent Group 1 victory in the BTC Cup, and has been allocated 55.5kg to carry. The quirky son of Snitzel relishes the shorter straight of the Doomben track and finished sixth in the Stradbroke in 2013 (when run at Eagle Farm) only 2 lengths behind Linton.

Fellow Triple Crown gelding Charlie Boy (Myboycharlie ex Maritime) also lines up in the Stradbroke having been allocated 54kg. He comes off the back of a stellar run in the Doomben 10,000 on Saturday where he finished only a short neck in second place behind Boban at Weight For Age conditions. Charlie Boy will drop 5kg for the Stradbroke Handicap.

“We expect it will be a great day for our owners, and there are some lucky enough to own shares in both our runners! They also had two runners with us (Charlie Boy and Dothraki) in the Group 1 Golden Slipper a couple of years ago so they are enjoying a fantastic ride.”

Triple Crown’s successful Winter Carnival is set to continue with Peggy Jean (Myboycharlie ex Lady Of Love) in the Listed Nuturf Queensland Day at Doomben this weekend, en route to the Group 1 Tattersall’s Tiara on June 20. Rock Mylady (Road To Rock ex Myladys) also lines up on Stradbroke day in the Group 2 QLD Guineas, and 4YO Dothraki (Mossman ex Volantis) heads north next month to represent the team at the Gold Coast where he previously took out the Group 3 Gold Coast Guineas.