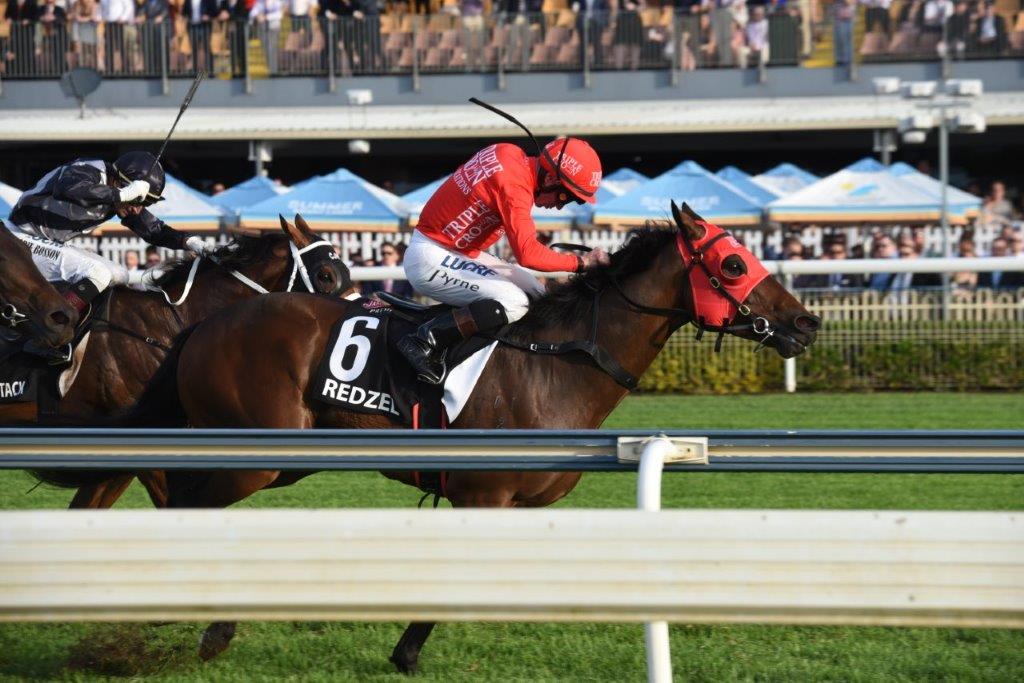 TRIPLE CROWN’S Redzel batted away all challengers in convincingly winning the revamped Doomben 10,000 to light up the first Group 1 meeting of the Brisbane Carnival and announce himself as a dominant force within Australia’s world-leading sprinting ranks.

The win brought up a 20th Group-race victory since 2010 for Australia’s most successful syndicator – a number double that of the next best syndicator in the country – and in emulating the great Hot Snitzel who won the BTC Cup at this track in 2015, Redzel earned a third Group 1 success for Triple Crown Syndications.

The run was seamless. Trainer Peter Snowden commented how he and jockey Jim Byrne spent an hour trawling through each and every possible eventuality of the race, the true hallmark of a pair of perfectionists, but in reality Plan A was all that was required for the most consistent sprinter of the autumn to deliver a third Group 1 success for Triple Crown. 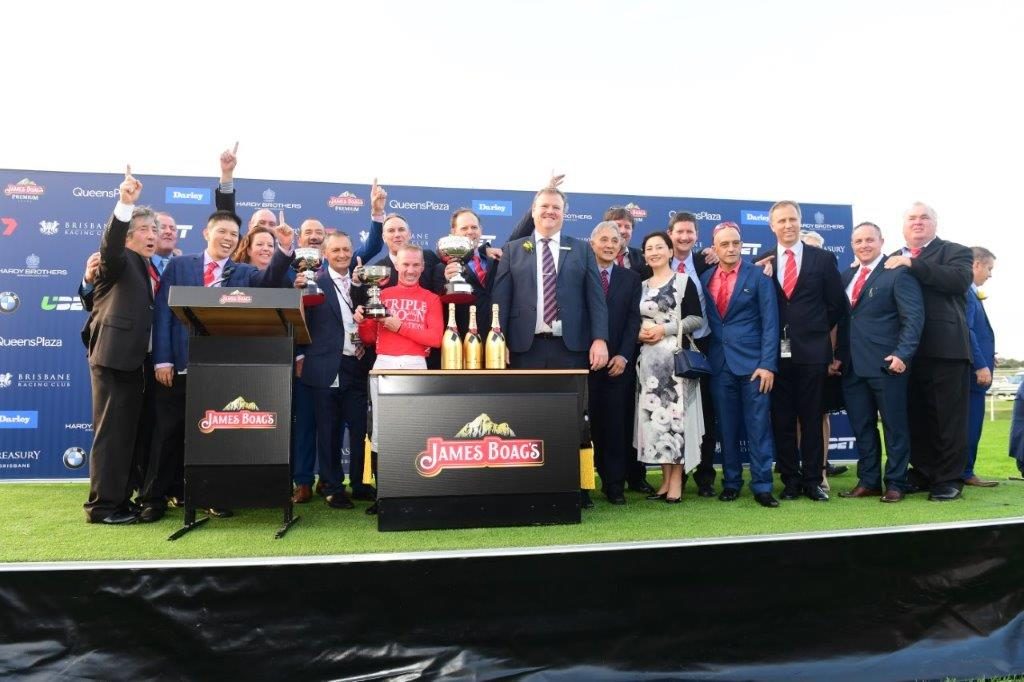 Jump out and catch me if you can. You know you’re in a race as the owner of Redzel and in going down by a neck to stablemate Russian Revolution in the Group 1 Galaxy Handicap on March 18, he was in the lead of a Group 1 for all but the final strides.

Yet the four-year-old proved too strong on this occasion, at first swatting away the attentions of Upstart Pride who pressed him for the lead and then once the looming challenge of race favourite Russian Revolution was ruthlessly dispatched with, Redzel kept finding more to run out a commanding victor, half a length ahead of Counterattack, who Redzel defeated in the TAB Hall Mark Stakes on April 15, demonstrating the strength in the form of that Group 3.

In taking the lion’s share of the $700,000 prize fund, Redzel’s career earnings have now eclipsed the $1 million mark, adding over $750,000 in this preparation alone.

“The 10,000 is such a time-honoured race so it’s a privilege to win it with a horse that really deserved to,” Snowden said.

“He’s promised so much and it’s taken a while for him to deliver but once he has, he’s delivered in spades so I’m very proud of the horse.

“Jim went through every nook and cranny of the race and we talked about what could and couldn’t happen and it panned out perfectly because he controlled the tempo, rated him nicely and the horse did a good job.”

Redzel was described by one commentator as the most improved sprinter in the country in the aftermath of the win, and in successfully stepping up to 1200m this campaign several doors have now opened up for him.

Earlier this year the Australian Turf Club announced ambitious plans for the world’s richest sprint race to be held on Sydney turf in October through The Everest. With the country’s most improved sprinter – it’s a case of watch this space.