The Redzel journey: in the eyes of his owners 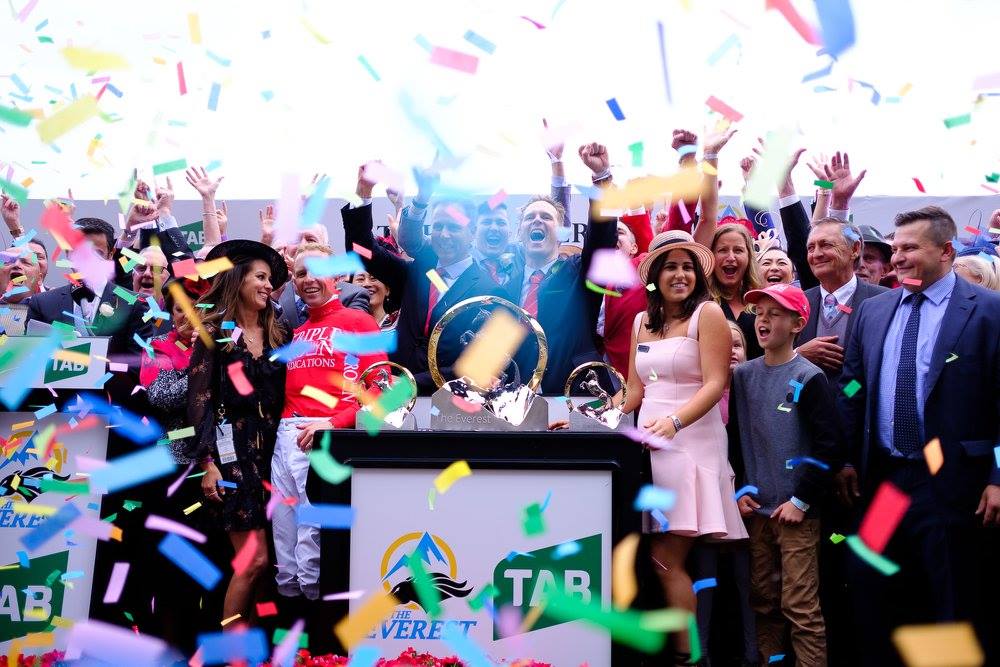 WE catch up with John Medland, Patricia di Marco, Tim Cheng and Michael Chau, four of the 17 listed owners in Redzel, who share some experiences and memories of being involved with the world’s number 1 sprinter! 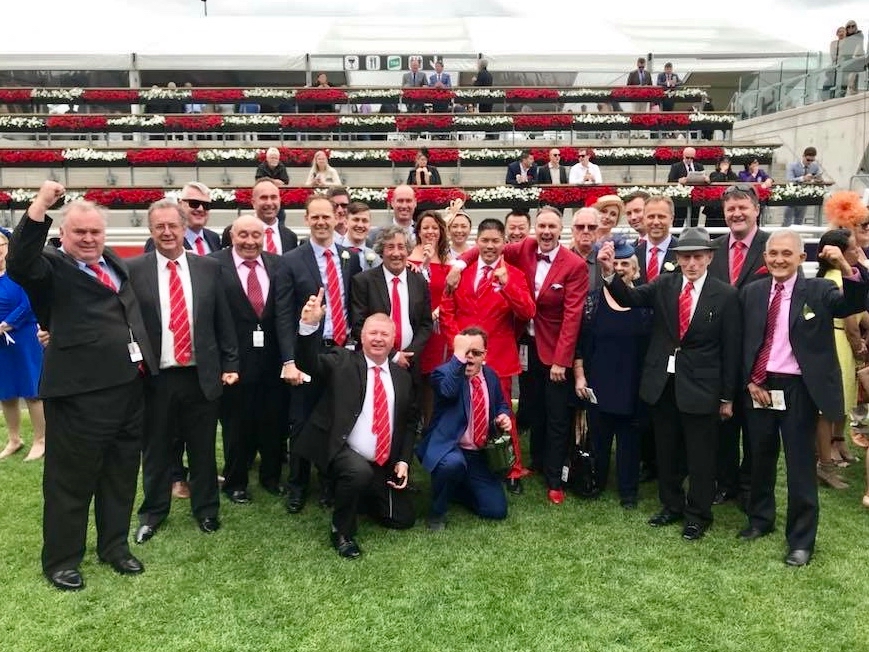 You’re a winner of the first running of The Everest, the world’s richest race on turf. What does that mean to you and describe the feeling as he crossed the line?

PdM: It was such an outpour of emotion! I was hugging everyone, it was wonderful! The hype leading it up to it was incredible and, for me, it was something my husband John had dreamed of. It was a bitter sweet moment.

JM: For me it was a privilege to be involved – win, lose or draw – but to be the first winner of this race is quite unbelievable.

MC: It’s reaching the pinnacle. I’ve been involved in a few racehorses now and you always wonder if you have one that can get to this level and it’s just extraordinary to be personally involved in a win like this.

TC: It was surreal – a dream that took a while to sink in. In the Darley we just went nuts after but there was almost a moment when it went quiet after The Everest and I thought ‘did this really happen?’

Many have said Redzel has flown under the radar over the last 12 months, at what point did you think a run in The Everest was possible, and did you ever think he could go on and win?

JM: We started to believe as he went on and I think the point for me was winning the Doomben 10,000 and as he continued to win, yes, I thought we were a live chance of winning the race.

TC: I think after the Galaxy when he just lost out to Russian Revolution was the moment when I thought he’d gone to the next level. We won the Hall Mark and then after the Doomben 10,000 win was when the media started to spruke him as an Everest possible and I started to believe it too!

PdM: He had achieved a lot before The Everest and I never think he quite got the credit he deserved. I mean, these were substantial races he was winning and he was doing it with authority. After the Doomben 10,000 we knew he had the talent and it was a case of a slot holder coming forward. None of the racing commentators seemed to be tipping him which I was shocked about! I’m glad he proved them all wrong!

MC: I think for me it was after winning the Concorde when I thought he’d be in with a good chance of getting a slot. And then when he backed up to win The Shorts like he did, in my mind he became a top two chance with his racing pattern – he takes luck out of the situation.

TC: The Concorde was a defining moment, for sure. Paul Snowden legged up Kerrin [McEvoy] before the Concorde and he just gave me a wink. The only other time I’ve had a wink was from Peter before the Darley, and we won both times! 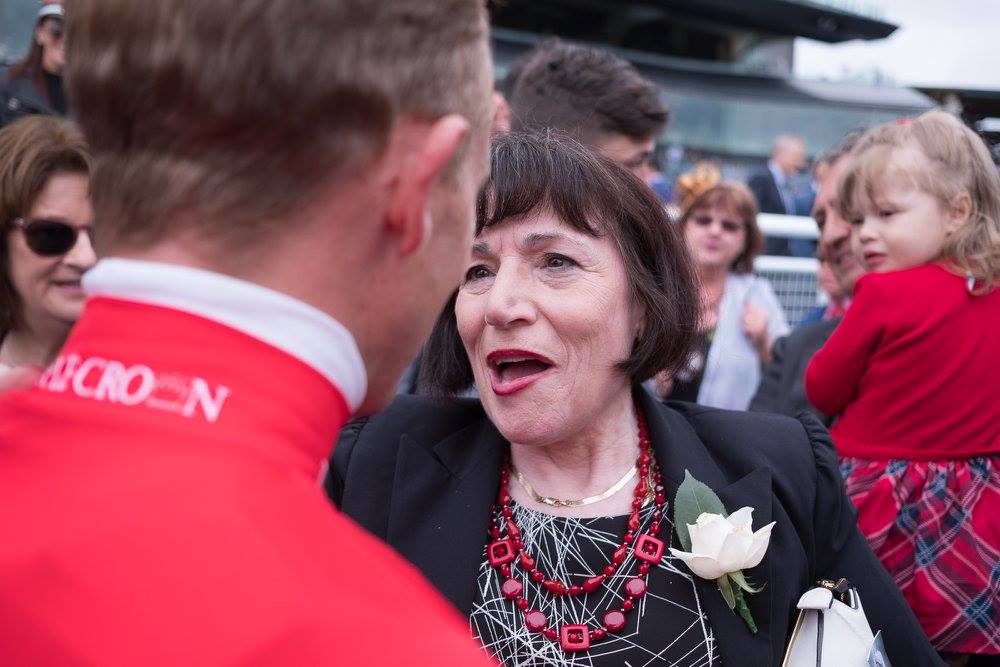 JM: I didn’t give it too much thought after The Everest and then he won the Darley. He’s undoubtedly the best in Australia now and with his Timeform rating he has to be up there as one of the best in the world.

PdM: It’s really hard to know. Like John, you’d have to say given what he’s achieved he’s up there as one of the best, but the best in the world? Hard to tell!

MC: I think he is. That win in the Darley has just cemented his position as the world’s best sprinter in my opinion.

What difference has the horse and his success made to you and your family?

PdM: At The Everest it was the first time I had all my girls there and it was wonderful to share the moment with them. John would have been so happy for them being there and it will go down in the annals of the Di Marco household!

TC: Definitely, it’s the moments you can’t replace. He’s given me the highs which have balanced out the lows and has been something to celebrate together.

JM: The money side of it has been irrelevant for me. He’s given my son, Luke, so much joy and that’s the greatest thing of all. I’m just proud of what he’s achieved.

MC: Financially it has helped but it’s the life experiences that he’s given us which are most valued. Before The Everest racing was just my hobby but now my wife loves to be involved in it as well. She knew nothing about racing before and now knows everything!

What do you enjoy most about being involved in a racing syndicate with lots of different owners?

TC: When you win, it’s like having a massive birthday party! We all have a love for the horse that you only get through ownership and it makes it even more enjoyable.

JM: There’s a real camaraderie among the owners as you meet so many characters with a shared interest. It’s been a wonderful experience.

PdM: We have such lovely people in this horse, don’t we. It’s made it such a great experience. I mean, a few of you are a little excitable, but that’s racing for you! We’ve all become such good friends through this experience.

MC: Everyone comes from different backgrounds with different stories and we’re all sharing in these experiences. I understand the excitement from some! The horse has really made a difference to their lives and it’s great to see. 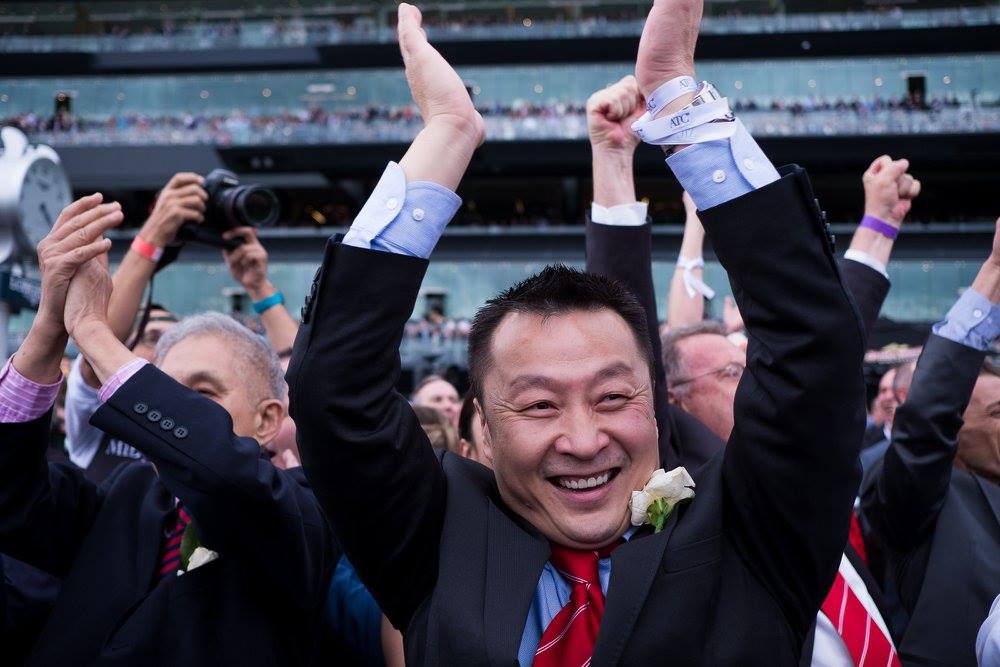 What’s your favourite aspect of owning a racehorse?

JM: It’s the buzz of going to the major racetracks and seeing our beast run. Winning gives you the same thrill wherever it’s at!

MC: I think being an owner you see racing from the other side of the fence, so to speak. That is to say that as a punter you may win or lose a bet on a horse but as an owner you go through a journey and you see racing through different lenses. That’s the biggest aspect for me.

PdM: It’s the social side of meeting all the owners and having such a good camaraderie that I most enjoy.

TC: I’ve been involved in racing all my life and it’s a euphoric feeling winning these big races. You’ve got to be there involved to understand. The prizemoney is great but it’s that feeling that you can’t replace.

JM: It helps that the syndicate is so professionally run by the guys at Triple Crown who do a great job.

The Snowden’s are the master trainers at getting a result on grand final day, what do they add to the ownership experience?

JM: They are the best I’ve been with and I’ve had horses with a few other trainers. They’re sincere, professional, polite and approachable. I can’t ask any more of them.

PdM: It’s their humility for me. They’re just so down to earth and there aren’t many trainers like that. They really work for us as owners and do what’s best for the horse.

MC: I agree in that the Snowden’s are just such humble people. They treat everyone equally – like they’re one of us – and don’t play up who they are.

TC: I have a lot of trust in them. You know with the Snowden’s that the horses are going there in good order and are looked after. The horse always comes first. They give everyone the time of day – I’m just a 5% shareholder in one of his horses but they always come up and say ‘G’day.’

Now, if you could win any race, anywhere in the world, which would it be and why?

JM: A second Everest is top of my list!

MC: The Everest would be great to win again but aside from that I’d love to win the Hong Kong International and have the experience of owning a racehorse abroad.

TC: Back to back Everests would be incredible. But if I could win any race it would be the Golden Slipper as that’s the race I’ve grown up watching as the best race in Sydney.