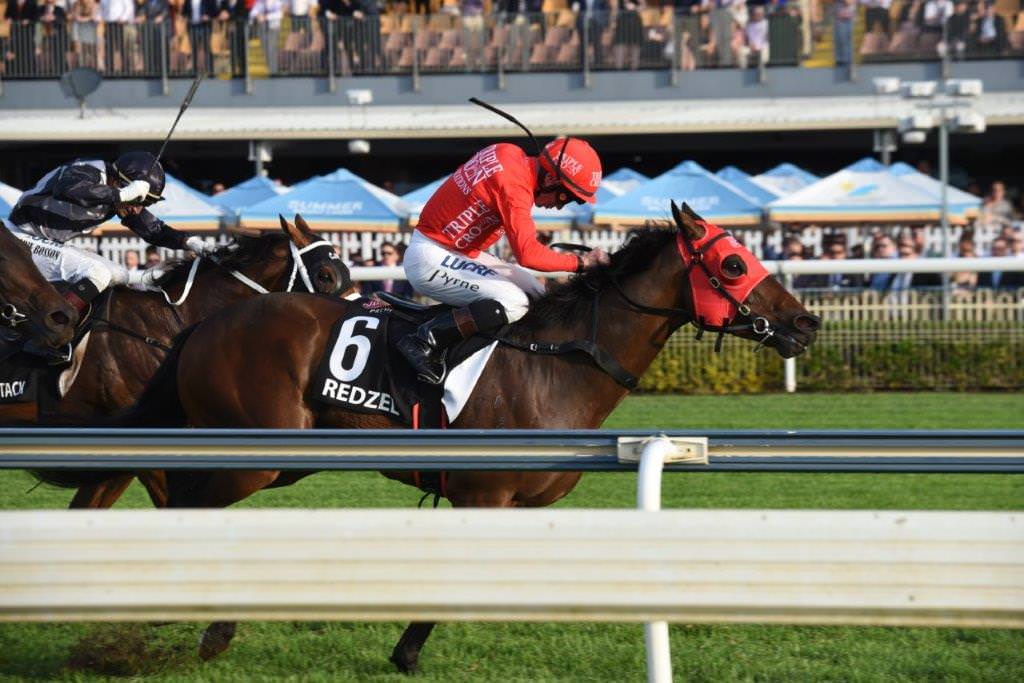 TRIPLE CROWN’S speed machine REDZEL is ranked equal eighth on the Worldwide Racing Post Ratings ranking of performances over the 1000-1200m trip in 2017.

The Group 1 Doomben 10,000 winner recorded a Racing Post Rating of 120 this year, which places him just two points behind the only other Australian-trained runner on the list above him, Chautauqua, and ahead of Aussie sprinters English, She Will Reign, Redkirk Warrior, Spieth and Malaguerra.

The list is headed by the Aidan O’Brien-trained sprinter Caravaggio, who recorded an RPR of 125 for his performance in winning the Group 1 Commonwealth Cup at Royal Ascot in June this year. 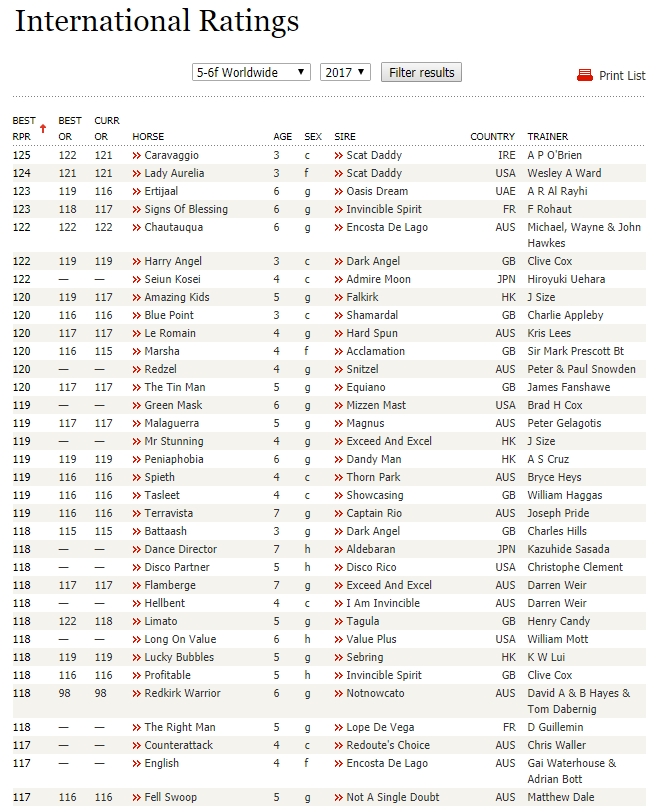 Racing Post Ratings act as a handicap rating for a given performance. The figure is arrived at by considering several factors including the grade of the race, the quality of the field and weight carried and provides a key tool for punters in assessing performances.

Redzel signed off with an emphatic victory in the Group 1 Doomben 10,000 during a season in which the four-year-old delivered four Stakes wins and finished outside the top two only once, earning over $1 million in prizemoney.

The son of Snitzel recently returned to work at Snowden Racing’s Randwick stable, with co-trainer Peter Snowden thrilled with what he has seen so far.

“I’m really happy with him,” he said. “He’s done particularly well and his work has been really solid.

“He’s around two weeks from the trials but he looks in great order and we’ll certainly be looking at targeting the top races on the sprint calendar in both Melbourne and Sydney.”

Redzel’s potential targets include the Group 1 Moir Stakes at Moonee Valley over 1000m and also a possible tilt at the richest race on turf, The Everest, run over 1200m at Randwick  on October 14, should a slot present itself.