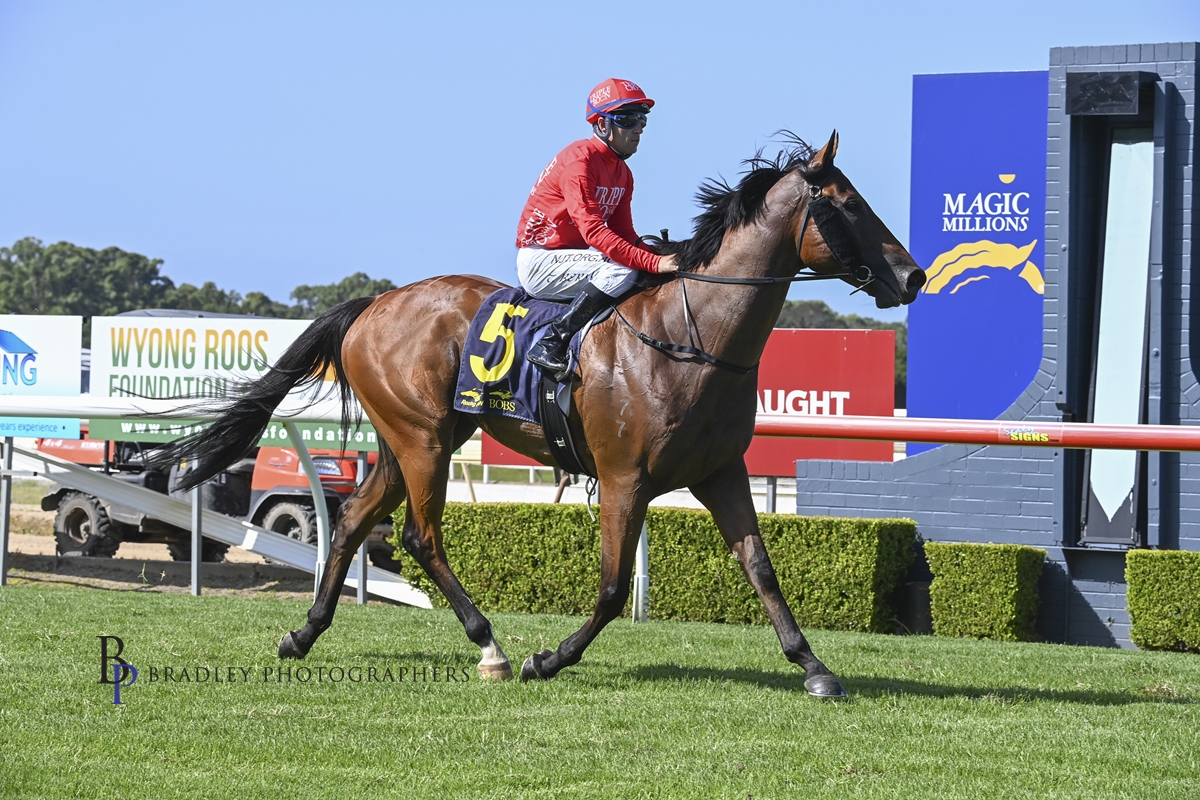 Progressive four-year-old NATIVE ROCK continued the excellent recent form of the Triple Crown team with an impressive success at Wyong on Tuesday.

Ridden to perfection by Tommy Berry, Native Rock peeled off the rail at the top of the straight and let down strongly in the run to the line, winning a shade cosily in the end by three-quarters-of-a-length.

“That was a good performance today, he ran good time and it was a good effort – He even had time to shy at the camera god love him!” said winning co-trainer Peter Snowden.

“It just goes to show that if you keep him on good ground he’s a different horse. Tommy (Berry) said he was chalk and cheese compared to a fortnight ago (on soft ground).

“That’s the rule for him now. If it’s worse than a (Soft) 6 or worse, then we just don’t run him. Good tracks and you get a good run, it’s pretty plain, and we should be able to have some fun with him.”

Native Rock’s second career victory made it four wins in six days for the red army, with the Triple Crown team operating at a 21% winning strike rate since the turn of the year.

That figure, coupled with a win or place strike rate of 50%, confirms that the team are in red hot form as we head into the Autumn Carnival, where the likes of REVOLUTIONARY MISS, MISS HELLFIRE, MAZU and EXOBOOM are set to fly the red flag in feature races.

Congratulations to all the team at Snowden Racing and all our owners in Native Rock on what was a terrific success!