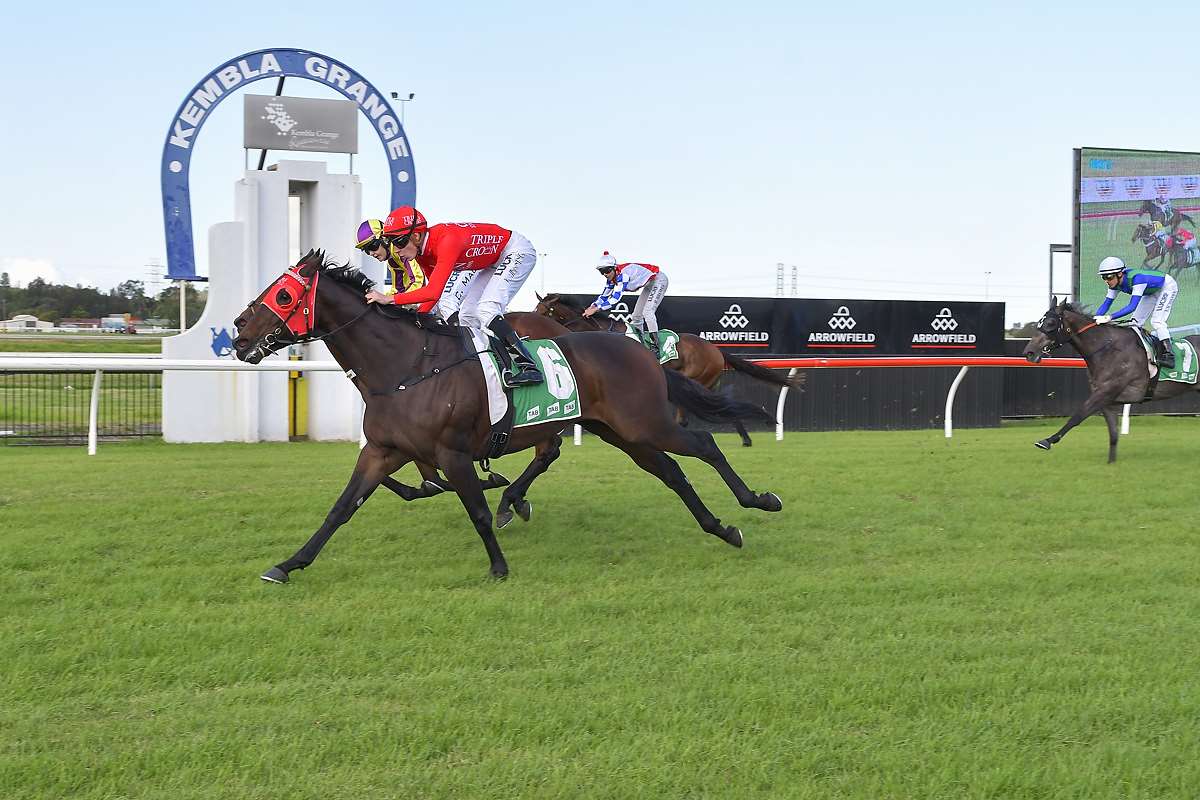 ON a weekend to savour for Triple Crown Syndications and their owners, Rockin’ Red Rocket added to Redzel’s Group 1 success in Queensland with victory at Kembla Grange on Saturday.

Yet the excellent performances did not stop there, as over at Scone Gold Symphony continued his rich run of form with a superb third place finish in the Listed Luskin Star Stakes and Dothraki also placed in the Listed Ortensia Stakes.

Rockin’ Red Rocket has threatened to hit the target in a few runs this preparation, but the penny began to drop on Saturday as he ate up the ground on the leaders to snatch a thrilling victory on the line.

Jockey Koby Jennings rallied well on the three-year-old, who dropped back to 1400m on this start.

A pair of excellent performances at Scone rounded off the weekend action, with stalwart Dothraki running a super third in the Listed Ortensia Stakes off top weight. In adding a further $13,500 to his career prize money, the son of Mossman has now earned over $1.1 million.

A horse showing tremendous levels of improvement is Gold Symphony, who again produced a brave display to finish third in the Listed Luskin Star Stakes carrying top weight and a trip to the Brisbane Carnival could now be on the cards for the leading son of Reward For Effort.

Co-trainer Paul Snowden said: “He’s probably exceeded expectations a little bit here. He was in the right spot and Tye [Angland] gave him a lovely run.

“We’re on track to head north and we get a little bit of rain up there it drags him into anything he goes for.”