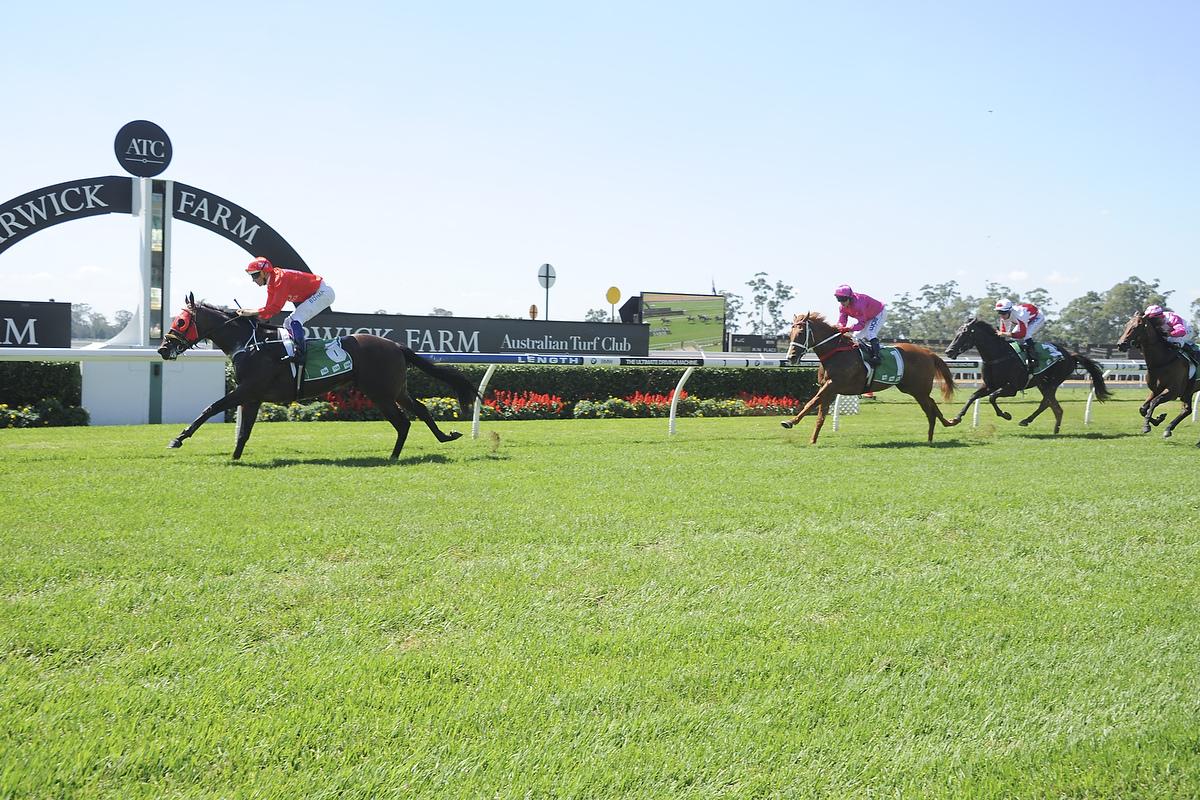 Race 5 at Rosehill in Sydney on Saturday (3pm AEST) sees the 34th running of the San Domenico Stakes at Group 3 level for three-year-old colts, geldings and fillies.

More often than not some quality two-year-olds who did battle in the Autumn start their spring campaigns in this race, and oppose some fitter horses who have raced during the winter.

While recent editions may not have whetted the appetite to any great degree, this one has a plethora of potential superstars engaged.

For starters we have the only unbeaten horse in the race, the Gai Waterhouse-trained Golden Slipper winner Vancouver, heading the weights. Although the winner of that race doesn’t always contest this one, a few readers might be surprised to learn that no horse has completed the double since the Clarry Conners-trained Tierce in 1991.

The boom colt will need to be very close to his best if he is to win, given he has to concede weight to all of his rivals, and a fitness edge to some very capable gallopers whom he did not meet in the Autumn. It would be a brave person who says he can’t triumph, and if he does prevail, he may well be the best three-year-old we have seen in some time.

This race only became a set weights and penalties event in 2005, meaning Vancouver has been penalised for his Golden Slipper win, which makes his task a little more daunting. He has won a trial in preparation though, so probably won’t be lacking the fitness necessary.

The John Hawkes-trained Headwater was a well-beaten third behind Vancouver at his last start in the Golden Slipper, but he was expected to mature fully for his three-year-old season, which starts in this race. He did win on debut and when first-up in the Autumn, so it’s possible that he is a gun fresh, and was actually past his best in his last preparation after winning the Silver Sipper three starts prior.

The last four winners of this race (and six of the last ten) had last raced in the Golden Slipper, but did not win that race. That may augur well for Headwater. He has good early speed and should be up on the pace early, but getting an economical run from his awkward barrier (8) might be his greatest challenge.

The Godolphin stable is represented by the John O’Shea-trained Haptic, who was unbeaten from two starts before a Golden Slipper failure. He has been gelded, has early pace, and has trialled well for his resumption. An inside barrier should see him get the run of the race so he shouldn’t be totally ignored at juicy odds.

The Chris Waller camp has the Ingham-owned Japonisme, who has been a revelation this winter, winning all of his three starts since a gelding operation. He is the fittest horse in the race, and his last win was an amazing performance, carrying a big weight of 59kg. He ran faster time that day with 1kg more weight than older horse Fell Swoop, who won a BM75 race at the same distance. This was definitely no fluke either, given his last 600m was almost three-quarters of a second superior, proving he can sustain speed at both ends of his races.

Japonisme fought off the very determined challenge of quality filly Tempt Me Not in that race at the top of the straight, careering away to record a four length win. He appears to have the required resilience to perform at this level, and it will take a quality performance to beat him.

Redzel has changed stables from Gerald Ryan to the Peter and Paul Snowden team for Triple Crown Syndications. He is one serious racehorse, and showed that on debut at Warwick Farm, winning by three lengths when easily accounting for Japonisme. He failed to reproduce that effort on a Heavy 9 surface at Randwick when placed third behind Furnaces (two lengths way sixth in the Golden Slipper), but was spelled immediately after. He had two trials prior to his winning debut, but when the blinkers were applied (again) in his third trial? Wow! The acceleration was astonishing from a midfield position – more gazelle than horse.

Redzel seems to have been taught to settle in barrier trials this campaign, whereas he was right on the pace at his two race starts. He also ran an exceptional time on debut, so there is no reason to doubt the quality he possesses. A cross-over noseband comes off, and the Snowden stable has a super record when taking over horses from other stables. I’m looking forward to seeing what he can do.

A win by The Arrowfield stud owned King’s Troop would be a coup for trainer Gerald Ryan, given he no longer trains the aforementioned Redzel. He was only beaten a length on debut when conceding 0.5kg to Japonisme, and it may have just been race fitness and/or inexperience that brought him undone. That form looks exceptional now, with Japonisme winning easily since.

He has also franked it himself, winning in super impressive fashion at his second start. He hit the line very hard that day in a four-length romp over this distance at Warwick Farm, and doesn’t have to improve too much to be right in the thick of things here.

He is superbly bred by Redoutes’ Choice, out of the Dam Royal Snippets who is a half sister to Snitzel (sire of Redzel). He just oozes class and looks the type of horse who will improve with racing. Barrier 4 will give him every chance of taking up the lead and he could take a lot of running down.

Both Salerno (Paul Perry) and Alart (Pat Farrell) have their work cut out against a quality field, but possess enough ability to win plenty of races in the future.

Selections
The high quality of horse in this race, and the fact that most are yet to meet, make it a nightmare to assess. Forced to make a selection I’d go with Redzel. It’s very hard to get the last barrier trial of his out of my mind, and if he reproduces that for his new stable (after being taught to settle early in his races), we are going to see something special.

Likewise Vancouver with his 60kg impost. A win would be epic, and he still rates as the horse to beat given he is the only undefeated horse in the race, and we know he already has Group 1 quality.

Japonisme should have no excuses with his superior fitness levels and he ‘maps’ to win the race. He should go very close.

King’s Troop could be the surprise packet from up on the pace. If he improves a length or two on his last performance he will be right in the finish.

Headwater just needs a little luck early in the race to put himself in contention for at least a placing. Despite riding Redzel in that super trial recently, Blake Shinn still sounds keen to be sticking with this horse.

Haptic might just lack the quality of the top five selections, but he does have place claims on his autumn form. He has trialled well and his gelding operation adds even more intrigue to the event, given what Japonisme has done recently in similar circumstance.

The early betting market looks pretty accurate, but not sure Vancouver should be quite as short as short as $2.70 in the market, though it’s understandable why he is favourite.

The value may well be in trying your luck with trifectas and first fours. That would be my suggestion, along with a straight out bet on Redzel at the best price you can find – hopefully $5 or better.

This is possibly one of the best three-year-old sprint races we have seen in recent years, and almost certainly the best San Domenico field ever assembled.