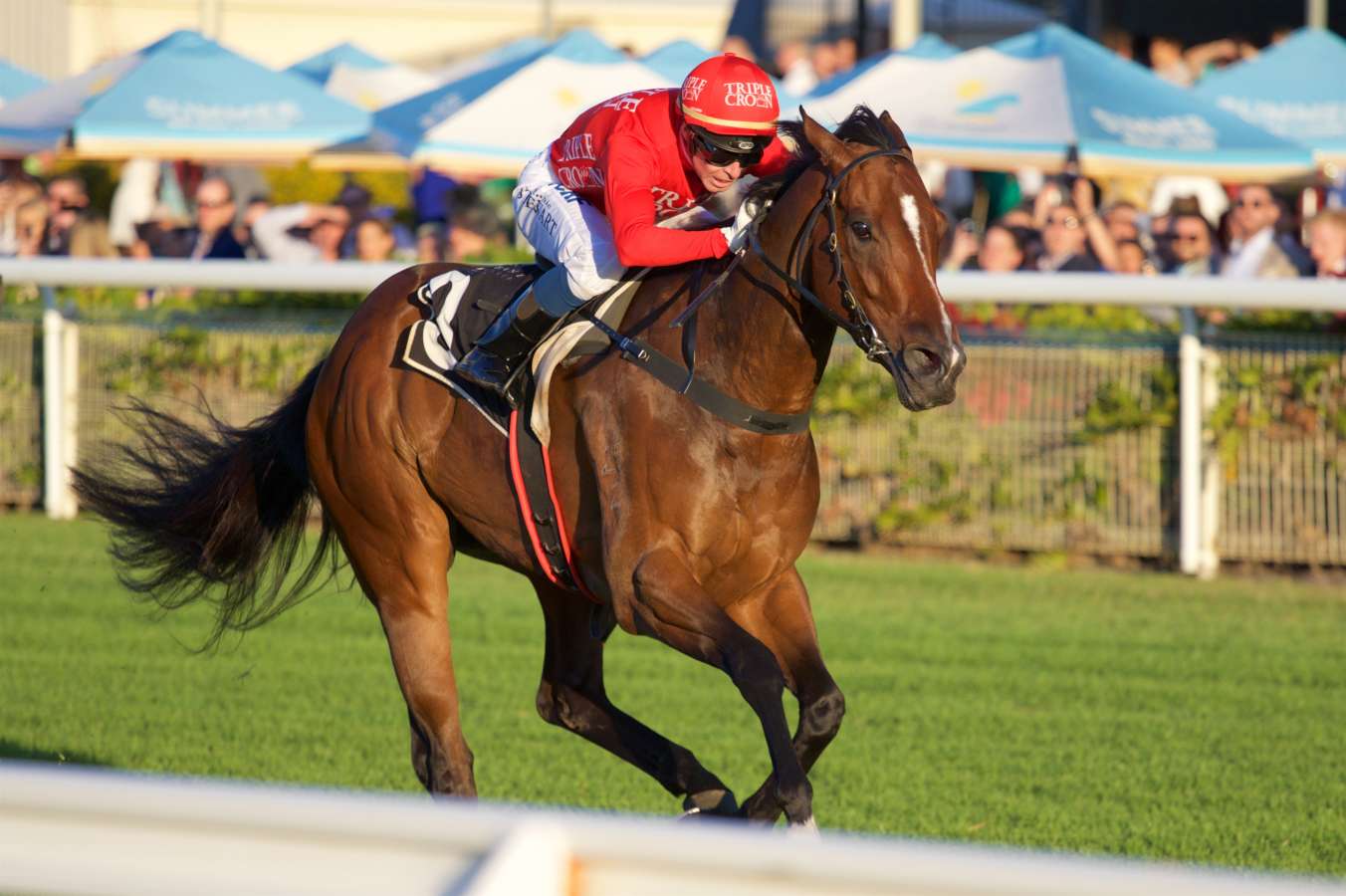 IN A terrific result for her owners Secret Trail earned the black-type success she so dearly deserved when kicking clear with an impressive sprint to land the Listed Bright Shadow Quality Handicap over 1200m, in doing so adding considerable value to her prospects as a broodmare.

In a perfect ride from Ron Stewart, Secret Trail kicked clear at the 200m mark and held off the attentions of the fast-finishing Crystal Fountain on the rails for a fine victory, taking her career earnings past the $500,000 mark.

The daughter of Denman had been knocking on the door of Stakes success after a brilliant fourth in the Group 3 Maurice McCarten Stakes, won by Triple Crown’s Dothraki, and she got her just rewards here as she enters the final stages of her racing career.

Co-trainer Peter Snowden was delighted for the owners after the success. “What a result for the owners,” he said. “She’s a very honest mare and it was a really good effort yesterday.

“It was the perfect ride and the race panned out exactly how we would’ve liked it on a day where it was very difficult to get back and go on and win.

“She was very brave late and it’s the result we’ve been looking for over the last twelve months. She’s now won over half a million in prizemoney which is a terrific effort.

“She’s ticked that black-type box now so it’s job done and congratulations to all involved.”