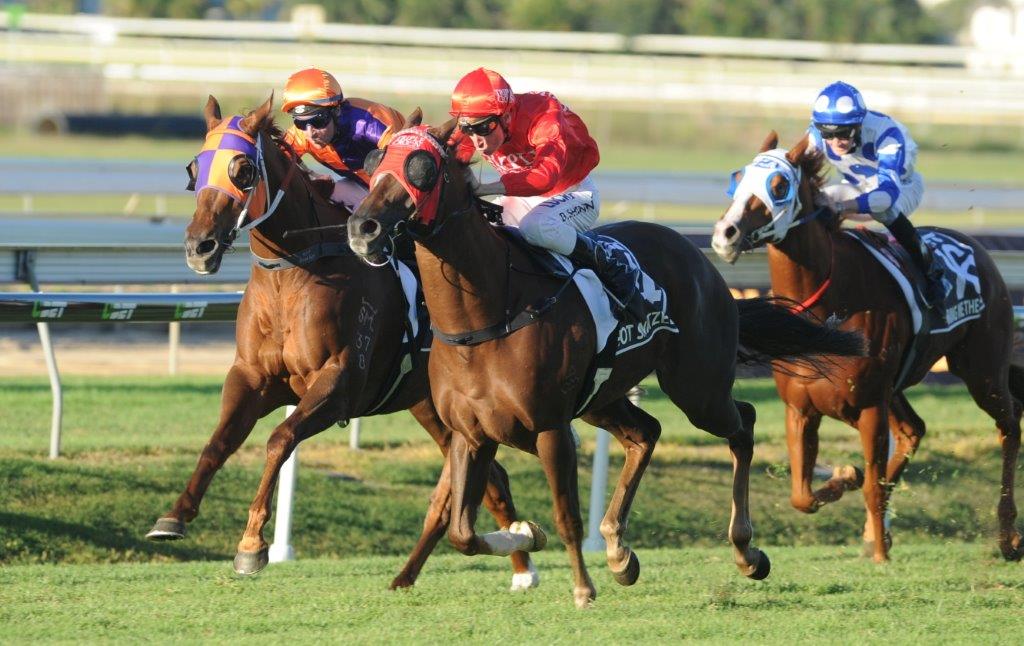 Chris and Michael Ward manage the gelding’s ownership group under the Triple Crown banner and are understandably delighted with his success.

Michael says, “Hot Snitzel is every owner’s dream come true! Purchased for only $60,000, he has gone on to win over $1.2 million so far. He has won a Group race each season at 2, 3, 4 and 5 and has now added a Group 1 race to his achievements as a six-year-old. What a fairy tale he has been for all involved!”

Hot Snitzel’s proven competitiveness at Group level and his juvenile successes in Brisbane were overlooked by punters who let him start at $26 at Doomben.

They also forgot how effective he is when fresh, as he was today, six weeks after his good third in the Star Kingdom S. G3 at Rosehill. The last essential ingredient was a perfect ride by Blake Shinn, one of his five wins on the card.

Hot Snitzel settled behind the early leader and favourite Our Boy Malachi, then challenged within the final 200 metres and won by three-quarters of a length from a fast-finishing Knoydart with a neck back to Our Boy Malachi, third.

Peter Snowden, whose stable picked up Hot Snitzel only in the past month, acknowledged the work of his previous trainer Gerald Ryan in preparing the gelding for this campaign, now likely to culminate in the $2 million Stradbroke H. G1 on 6 June.

Hot Snitzel is the ninth and last foal out of the Blushing Groom mare Flames of Paris, an unraced half-sister to dual Group 1 winner Park Appeal, the dam of champion miler and leading sire Cape Cross.

Bred by the Arowfield-Jungle Pocket partnership that has also produced Horse of the Year Weekend Hussler, and Group 1 winners Reaan and Sweet Idea, Hot Snitzel was bought from Arrowfield at the 2010 Inglis Melbourne Premier Sale.