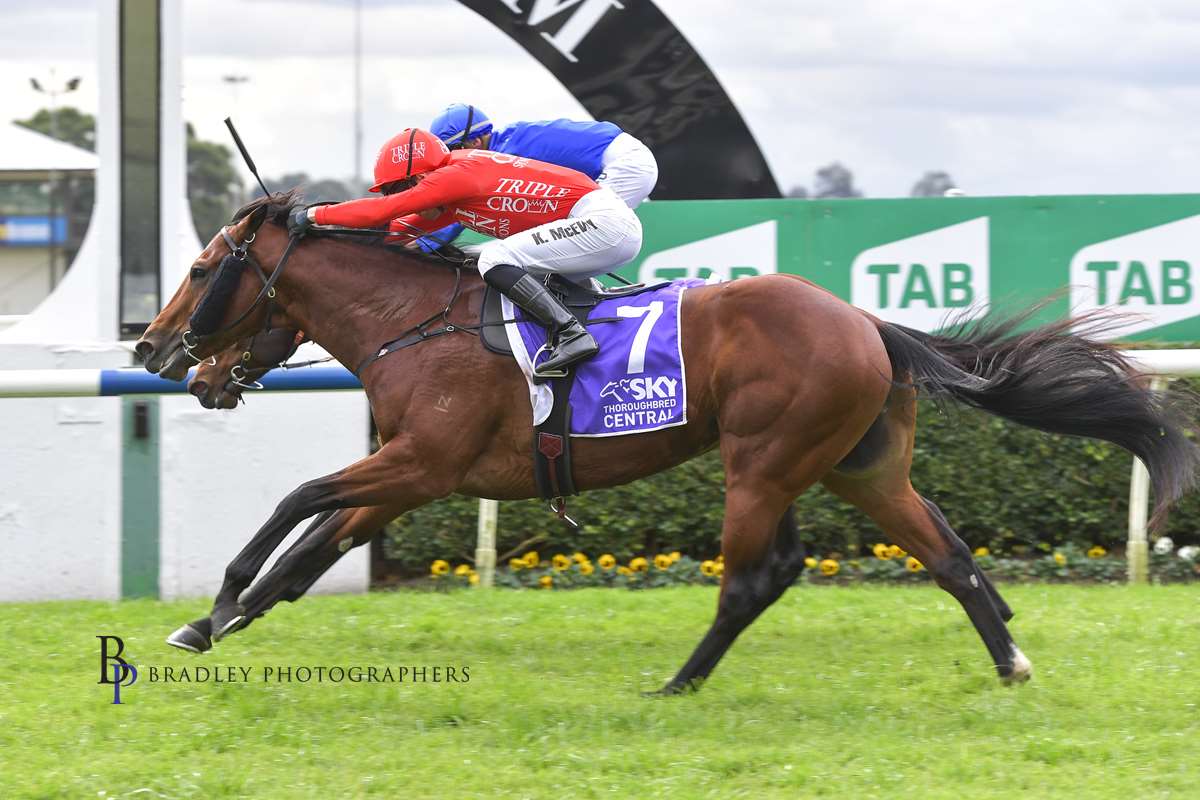 By Bren O’Brien of the TDN Aus Nz

A fast-finishing debut victory at Warwick Farm from Smart Image (Smart Missile) has Peter and Paul Snowden assessing their future options with the 2-year-old colt.

Smart Image surged late under strong riding from Kerrin McEvoy in the Sky Racing Active Plate over 1200 metres to claim Beyliks (Lonhro) in the final stride and give the Snowdens their 33rd victory in a 2-year-old race this season.

The colt first trialled back in November and then again in March before convincing the father and son training partnership to give him a shot at the races after two recent trial wins at Randwick. 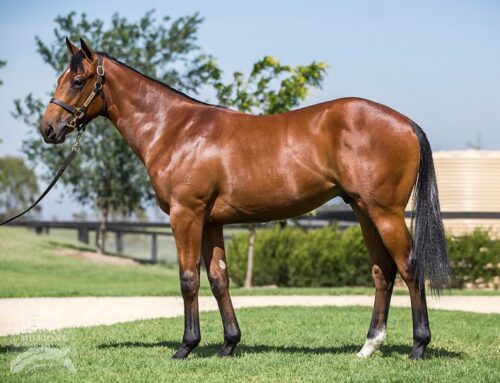 Smart Image as a yearling

The son of G3 Sweet Embrace S. winner Shared Reflections (Umatilla {NZ}) is owned by a syndicate headed by Triple Crown Syndications and is far from the fully furnished article according to Paul Snowden.

“Pre-race we were thinking he was going to do a lot wrong, as he has through his trials. We just wanted to have a good day and get something out of it race to race,” Snowden said.

“That’s what we want to do, to get him to the races and have that experience he needs. Kerrin was a big part of that. We were lucky enough to have him on today and he helped him through it.”

“Kerrin was a big part of that. We were lucky enough to have him on today and he helped him through it.” – Paul Snowden

The race didn’t begin as planned, but McEvoy kept making ground through inside horses until the run presented itself, as he nabbed the Godolphin colt Beyliks late, with the Brad Widdup-trained Free State (Headwater) another 4.5l back in third.

“He was a bit slow to jump. He was going to lay up a pair closer than what he did, but you could see he had plenty to offer on the corner and once he built up inside them, he hit the line, which was good to see,” Snowden said.

Congrats to all his owners, his strapper Dougie and @SnowdenRacing1 👏🏻 https://t.co/GQtLklFolu

Smart Image, who cost $100,000 from the Newgate Farm draft at the 2019 Magic Millions Gold Coast Yearling Sale, will likely have another run before the Snowdens plot his path further forward.

“His head’s still a little bit everywhere and so it wouldn’t hurt to give him another run and speed that process up of giving him a bit more education and get him to apply his trade. He has still got a bit more to offer, we just have to get that out of him,” he said.

The Snowdens had a good day, with Signore Fox (Exceed And Excel) winning the Listed Ramornie H. at Grafton, his third win at stakes level.