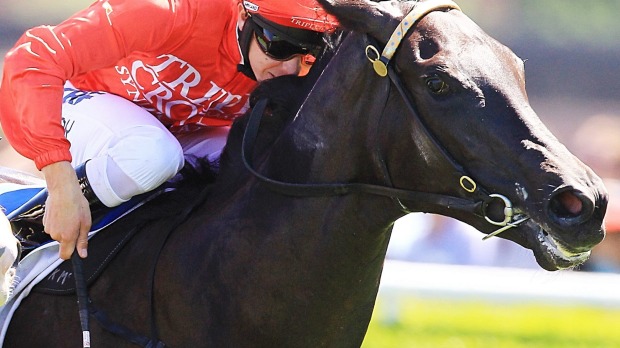 Peter and Paul Snowden will look to cap their stable’s remarkable first full season of operations as a filly and a mare from different ends of the spectrum attempt to win the Tattersall’s Tiara at the Gold Coast on Saturday.

The father-son partnership has chalked up five group 1 victories for the season, mostly with planned assaults on the biggest races in the country. That is the case with last year’s ATC Sires Produce Stakes winner Peggy Jean in the Tiara.

“We gave her that one start up in Brisbane and she had no luck at all. It was aimed at having her right for this group 1,” Peter Snowden said. “She has trained on from that, we are very happy with her and Zac Purton has been booked to ride her. She already has that group 1 win but to get another one at three would only help her value.”

Dublin Lass has earned a crack at the Tiara and Snowden admitted it was far from planned. The O’Reilly four-year-old won a benchmark 85 at Randwick to start this campaign and has since been Listed runner-up before winning the Bright Shadow Quality last month.

“She is a mare in form and while she is going so well it’s worth giving her a chance at a group 1,” Snowden said. “Mares in form can often surprise with what they can do and she is improving.”

The Tiara has once again drawn a cracking line-up headed by Chris Waller-trained Catkins searching for that elusive group 1 win and Gai Waterhouse’s exciting filly Najoom, which was saved for this race when it didn’t accept for the Stradbroke despite being the prepost favourite.