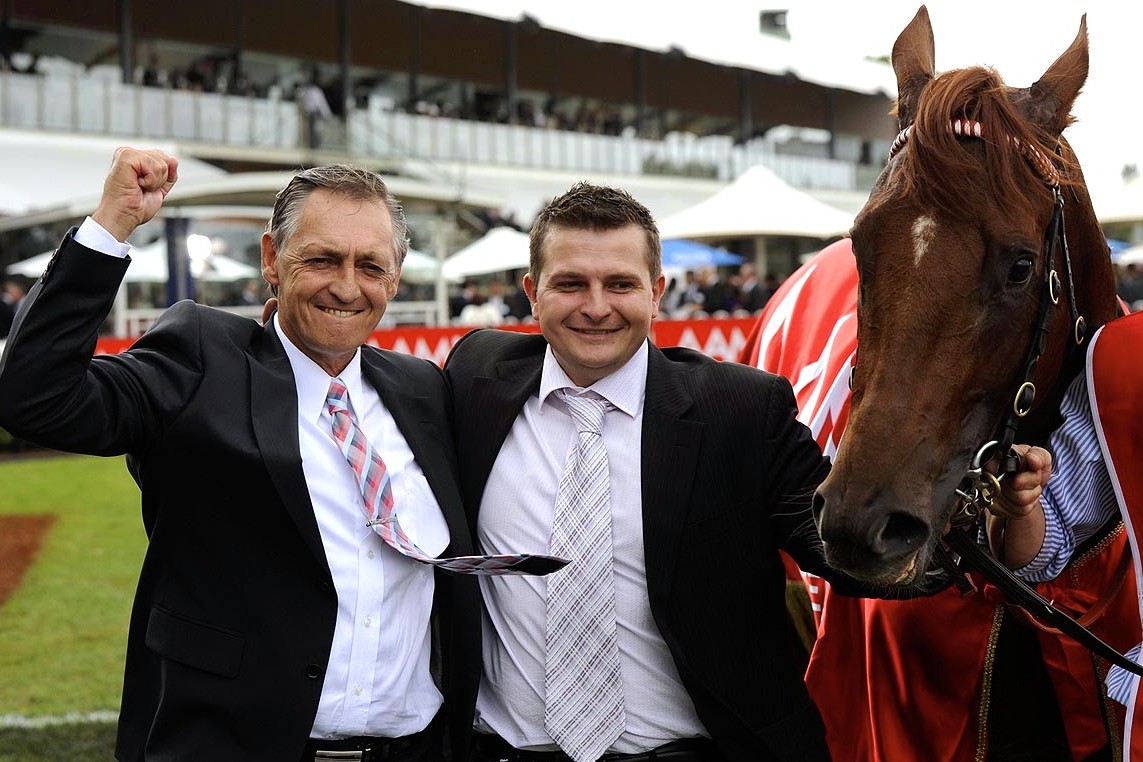 Snowden Racing is looking to add another Brisbane Winter Carnival Group 1 win to their trophy cabinet with two strong chances in the $2m AAMI Stradbroke Handicap (1350m) at Doomben on Saturday.

Hot Snitzel was back in the winner’s circle with an upset win in the Group 1 $500,000 UBET BTC Cup (1200m) at Doomben on May 9 while on the same day Charlie Boy was able to win the Group 3 $125,000 Darley BRC Sprint (1350m).The team of Peter and Paul Snowden have rejuvenated sprinters Hot Snitzel and Charlie Boy both highly rated heading into Saturday’s Winter Carnival showpiece after producing some outstanding form in recent starts.

Both horses have secured runs in the Stradbroke Handicap and Paul Snowden said the stable is very happy with their condition heading into the big race on the weekend.

“They will pretty much both get runs, we are happy about that,” Paul Snowden told RSN’s Racing Ahead.

“They are both going extra well.”

Hot Snitzel and Charlie Boy are recent acquisitions to the Snowden stable after both began their racing careers under the guidance of Rosehill trainer Gerald Ryan.

“We have a pretty good handle on where they are now and what their dos and don’ts are about them,” Paul Snowden said.

“They are in very good form and I think it is a winnable race for both horses.”

Hot Snitzel was having is first run for the stable when he stormed home to beat Knoydart and Our Boy Malachi in the BTC Cup.

While Charlie Boy has had three runs for his new stable for a fifth in the Group 3 $150,000 Ticketek Hall Mark Stakes (1200m) at Randwick on April 18 before his win in the BRC Sprint and his second in the Doomben 10,000.

Hot Snitzel has been weighted on 55.5kg and Snowden is happy that the Doomben 10,000 winner Boban is running with the 58kg because if trainer Chris Waller had decided not to run, Hot Snitzel would have had to carry the 58kg topweight.

Snowden considers the lightly weighted Melbourne filly Lumosty as the hardest to beat and market assessors at Ladbrokes.com.au agree with him and have her as the $5 favourite for the Stradbroke Handicap.

“She is probably going to be the weight horse in the race. Boban has sought of scrunched up everything,” Snowden said.

“I’m glad he is running because if he didn’t run, Hot Snitzel would be carrying 58kg so it gives up and the lower grade horses a chance to win a Group 1.”

“Both are working very well and especially Hot Snitzel. He is carrying on just like he is s three year old again, but I dare say barriers will probably beat one another home.”

“It is going to be a great race, it is very intriguing and will need plenty of luck on the day.”

West Australian sprinter Black Heart Bart and Generalife share the second line of betting at $7 ahead of Charlie Boy at $9, Delectation and Knoydart at $10, Sacred Star at $12, Boban at $13 and Hot Snitzel and Sirkandi at $17.