The BMW Sydney Carnival is Sydney’s most spectacular sporting and social event on the 2014 calendar, running from 22 March to 26 April. The country’s best horses will converge on Sydney for a six week spectacle of horse racing with more than $30 million in prizemoney up for grabs.

Tony Partridge, Executive General Manager of Commercial and Sales says; “The opening of Royal Randwick’s grandstand and stellar crowd numbers over Spring have firmly placed racing back on the agenda in Sydney. 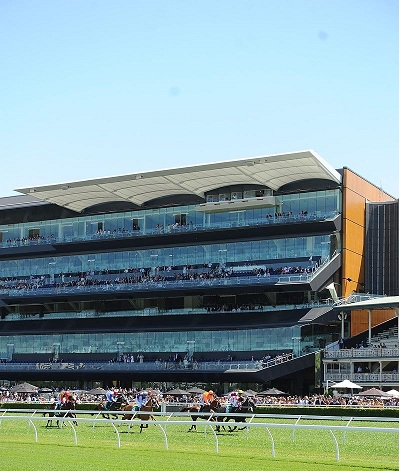 “This was a prelude of things to come in 2014, as our six week BMW Sydney Carnival will not only lure the best horses but will be punctuated by a host of coveted social events, entertainment, high impact fashion competitions, exciting on-course promotions and glamorous Australian and international celebrities.”

The crowning event of the six week Carnival is one of Australia’s most iconic races and a stand out day of the BMW Sydney Carnival for racing and fashion – Tooheys New Golden Slipper Day at Rosehill Gardens on Saturday 5 April.

The Tooheys New Golden Slipper is the richest horse race in the world for two-year-olds, boasting $3.5 million in prizemoney.

It also forms part of the Australian racing ‘grand slam’ – The Melbourne Cup, The Caulfield Cup and The Cox Plate.

The winning horse of the Tooheys New Golden Slipper could literally be worth its weight in gold. This year the day will feature the coveted Myer Fashions on the Field, pamper lounges, major promotions and some impressive performances.

The BMW Sydney Carnival kicks off with Cellarbrations Ladies Day at Rosehill Gardens on 22 March, featuring the Group 1 $600,000 Coolmore Classic. Myer Fashions on the Field will take centre stage, plus pamper lounges and a Ladies Long Lunch, making it the ultimate day out for the girls.

The BMW Sydney Carnival will this year include for the first time two pinnacle race days ‘The Championships’, on 12 April and 19 April (Easter Saturday), both held at Royal Randwick. The Championships will feature ten ‘Championship’ races with increased prizemoney to a total $18.2 million to lure some of the best horses from around Australia the world.

The grand finale of the Carnival and ultimate party day will be held on 26 April, Schweppes Stakes Day, featuring the Schweppes All Aged Stakes and Moët & Chandon Champagne Stakes. It promises to be the ultimate social day out at the track with themed bars and live entertainment and is the last chance for all to enjoy Sydney racing at its finest.

“My advice to all lovers of horse racing is to get in early to avoid disappointment, whether you are a horse racing aficionado or enjoy the social scene trackside,” Mr Partridge said.

“The 2014 BMW Sydney Carnival will be one of the biggest sporting and social events on the calendar. Already, our initial release for hospitality across The Championships day one and two have sold out – so get in early to pre-purchase tickets and on some days an Australian Turf Club membership may be the only way to be assured entry to the track.”

“New hospitality products at Royal Randwick will be released soon, including casual trackside options such as the James Boags Precinct, and premium marquees to meet this increased demand.”

The 2014 BMW Sydney Carnival including The Championships comes hot on the tail of the reopening of the Royal Randwick Grandstand late last year that has delivered Sydneysiders a world-class racing and dining facility.