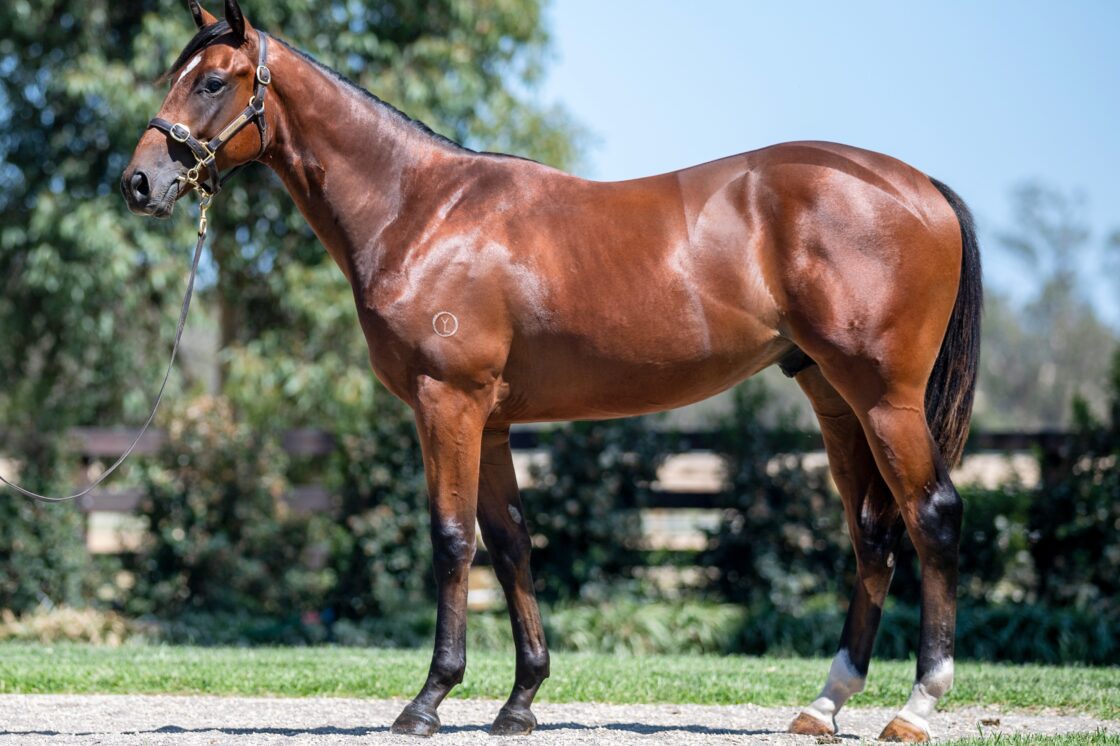 This colt was top of our wish list and we are absolutely over the moon to have him join the team. Peter & Paul Snowden trained CAPITALIST to his Golden Slipper and Magic Millions successes, so there is no one better equipped to train this speedster, especially given they have already had some terrific results with Capitalist progeny courtesy of Victory Vein winner CAPTIVANT and recent Group 3 Black Opal winner KALASHNIKOV.

CASINO CLUB, meanwhile, was a 6-time winner and is closely related to Champion 2YO YOURDEEL and Group-winning juvenile BROADBAND. This colt’s pedigree received a recent Group 1 update courtesy of ANAMOE, who won the Group 1 Inglis Sires’ at Randwick on Saturday having finished runner-up in the Group 1 Golden Slipper on his previous start!

Aside from being linebred to a couple of superstars in DANEHILL and LAST TYCOON, we’re confident that this breeding cross will work well: Capitalist’s Group horses PROFITEER, CAPTIVANT and KALASHNIKOV are all out of Danehill line mares and the match up of CAPITALIST’s sire WRITTEN TYCOON with CASINO CLUB’s grandsire FLYING SPUR is phenomenal.

All that aside though, this is a smashing colt who is reminiscent of the other CAPITALISTs out there that are progressing so well. 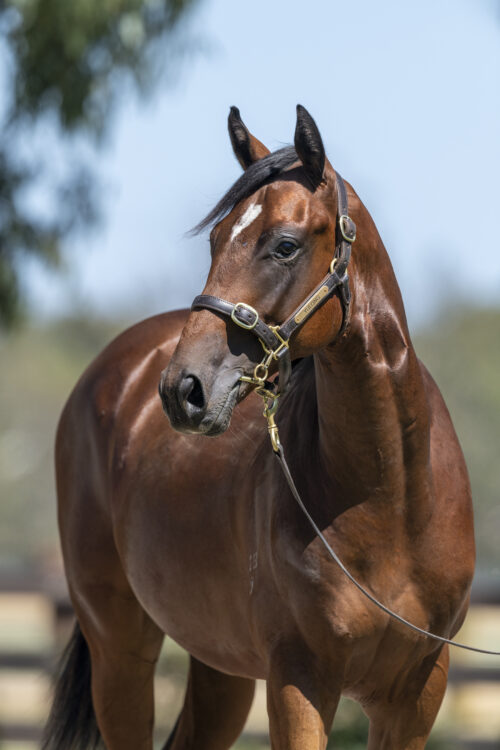 Our Capitalist colt is a deadset stunner!

Put quite simply, there is no ‘hotter’ young stallion in the country at the moment than CAPITALIST! Capitalist is the leading first season sire by winners (at the time of writing), while he already has 10 Stakes performers to his name from just 33 runners!

A brilliant juvenile, CAPITALIST won the Listed Breeders’ Plate spectacularly on debut – with 3 lengths to spare – before pretty much repeating the dose in the Wyong Magic Millions Classic and then, to great acclaim, the $2 million Magic Millions 2YO Classic on the Gold Coast.

CAPITALIST’s crowning moment came in the autumn with a resounding victory in the Group 1 $3.5 million Golden Slipper, where he defeated both YANKEE ROSE and FLYING ARTIE – CAPITALIST’s barnmate, fellow First Season Sire and sire of 2021 Group 1 Blue Diamond winner ARTORIUS). CAPITALIST finished his juvenile season as the Champion 2YO Colt and the highest earner of 2YO prizemoney in history.

CAPITALIST was trained to great effect by Peter and Paul Snowden, who will also train this colt … as they do some of CAPITALIST’S first season stars in CAPTIVANT (winner of the Victory Vein and 3rd in February’s Group 2 Skyline Stakes) and KALASHNIKOV (winner of Saturday’s Group 3 Black Opal Stakes).

While plenty was happening with CAPITALIST’s first runners before Christmas, his progeny have absolutely exploded in the autumn with PROFITEER winning the $2 million Inglis Millennium by 5 lengths in February and TYCOON HUMMA remaining unbeaten when capturing the Listed Very Special Kids Plate at Flemington.

CAPITALIST’s sire, WRITTEN TYCOON, needs little introduction with over 600 winners of $88 million and 69 stakes winners. His Group 1 winners this season include OLE KIRK, ODEUM and PIPPIE.

CASINO CLUB was a city winner of 6 races – including 3 in a row – during an impressive career on the track. With that kind of record, there was little question she would get her chance at stud (being purchased as a broodmare prospect by Yulong for 6 times her yearling sale price!), but the pedigree suggests she would have got her chance regardless.

For starters, CASINO CLUB is a half sister to 6 winners including MISS ZAPPER – dam of Champion NZ 2YO and dual Group 1 winner YOURDEEL – and ELECTRIC DREAMS, the dam of another lightning quick 2YO in BROADBAND (Group 3 Breeders’ Stakes).

This colt is also a direct descendant of the blue hen mare Voltage (3rd dam), the dam of three Group 1 winners/placegetters and granddam of a further three. Among those is 7 x Gr 1 winner GRAND ARMEE, Oakleigh Plate hero DRUM and Oaks heroine ANAMATO – dam of this season’s brilliant 2YO ANAMOE, who followed up his placings in the Group 1 Blue Diamond and Group 1 Golden Slipper with an emphatic victory in the Group 1 Inglis Sires last weekend!

Importantly, CASINO CLUB is by CASINO PRINCE (by FLYING SPUR), who has already produced a Group 1 winner as broodmare sire in the shape of Randwick Guineas winner SHADOW HERO. What’s more, the most successful nick for CAPITALIST’s sire WRITTEN TYCOON is FLYING SPUR, with 25 winners (4 stakes winners) from 30 runners, including Group 1 winner BOOKER. This colt is a line breeder’s dream too, as his pedigree contains double doses of two breed-shapers in LAST TYCOON and DANEHILL. 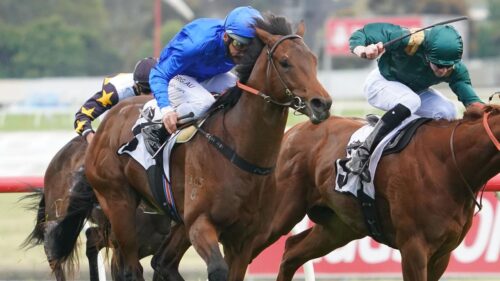 The colt is also BOBS (Breeder Owner Bonus Scheme), and BOBS EXTRA eligible, which means he will be running for millions of dollars in extra bonuses over and above any prizemoney. For example (using some standard race figures):