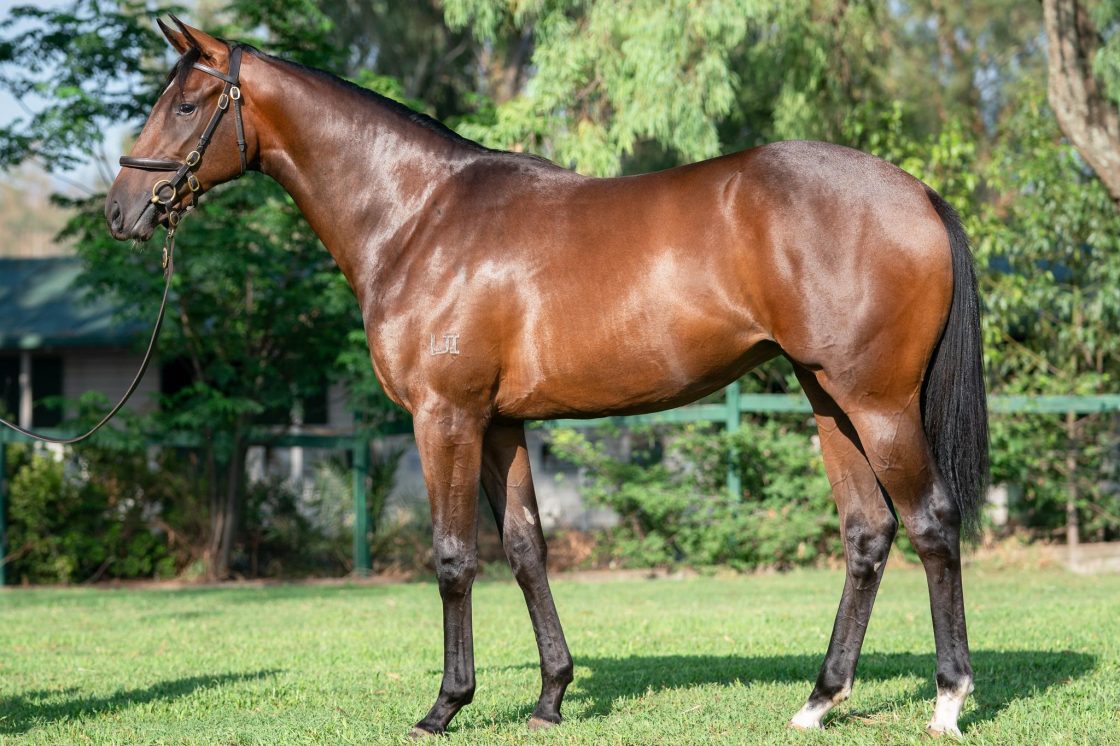 There is just so much to like about this filly. Her sire, FLYING ARTIE was an out and out speed machine and his first yearlings have really captured the attention of buyers, but the family offers so much too.

The dam, MICUCCI was a very speedy 2YO and she’s a ½ sister to Sydney and Melbourne city winner SMART AS YOU THINK, who was Group placed. SMART AS YOU THINK also recorded top 4 finishes in the Group 2 Stocks Stakes and Group 2 PJ O’Shea Stakes (behind multiple Group 1 winner EGG TART).

This is only the 2nd foal for MICUCCI but both the 2nd and 3rd dams have produced 7 winners from 8 to race between them, while the vast majority of the family have been able to win over short distances before getting out to a mile as they mature.

Don’t be surprised if this one is the 6th … she’s beautifully put together and moves like the top liners do. See for yourself below!

What a truly exciting stallion prospect FLYING ARTIE is!

First off, he’s producing tremendous athletes, of which this filly is a perfect example.

What’s more, as a racehorse, Flying Artie did everything that is considered the ideal for a stallion standing in Australia … he won the Group 3 Blue Diamond Prelude (defeating multiple Group winner & sire, Star Turn) before running 2nd to Extreme Choice (another sire) in a very slick Group 1 Blue Diamond, having encountered severe interference on the turn. He then finished 3rd to Capitalist (yes, another sire!) in the Group 1 Golden Slipper.

Resuming as a 3YO, Flying Artie won the Group 3 Blue Sapphire and then capped off his remarkable career with a brilliant victory in the Group 1 Coolmore Stud Stakes … scoring comfortably against the likes of Astern, Star Turn, Russian Revolution and Extreme Choice.

The Coolmore is regarded as Australia’s ‘stallion making’ race and Flying Artie was rated the best 3YO sprinter in the world. He topped the Timeform rankings and was crowned Champion 3YO Colt in what was a truly remarkable crop of 3YOs.

The best son of ARTIE SCHILLER in Australia, Flying Artie’s sire has produced 51 stakes winners world-wide of over $70 million, while Flying Artie is from the stakes winner and multiple Group placed sprinter/miler, FLYING RUBY – in turn a daughter of the ½ sister to the legendary BETTER LOOSEN UP.

There is a genuine mix of speed and stamina in this filly’s pedigree. Importantly, several of the relations were capable of winning over the short distances before maturing into milers and middle-distance types.

This filly is the 2nd foal of FLYING SPUR mare, MICUCCI who finished a ¾’s of a length fourth in the Group 3 Widden Stakes at 2. Only lightly raced, Micucci recorded top 4 finishes at her last 5 starts, including 2 wins up to 1200m.

MICUCCI is 1 of 4 winners – from 4 to race – for the GIANT’S CAUSEWAY mare SATIRICAL LADY: also the dam of SMART AS YOU THINK, a winner at Moonee Valley and Randwick but notably stakes placed in Melbourne and Adelaide (twice), along with Group 2 fourths in the Stocks Stakes and PJ O’Shea.

SATIRICAL LADY is a ½ sister to SATIRICAL BOY, whose 5 wins from 1400m to 2200m were highlighted by a Group placing at 2!

Other relations include UK stakes winner SARDONIC and the 5-time winner GOD’S IN HIM, who won from 1200m to 1600m and finished 2nd – beaten a lip – in the Group 2 Shannon Stakes and Listed Scone Cup.

While Flying Artie’s first crop are only yearlings, his sire ARTIE SCHILLER has matched up exceptionally well with FLYING SPUR mares – 5 runners, 5 winners!

Below: Our Flying Artie filly cracks a smile for the camera before our racing manager Laura lets her read her pedigree page. 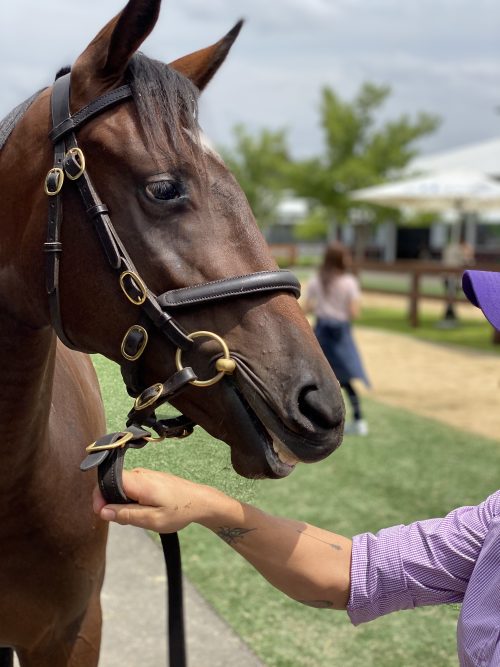 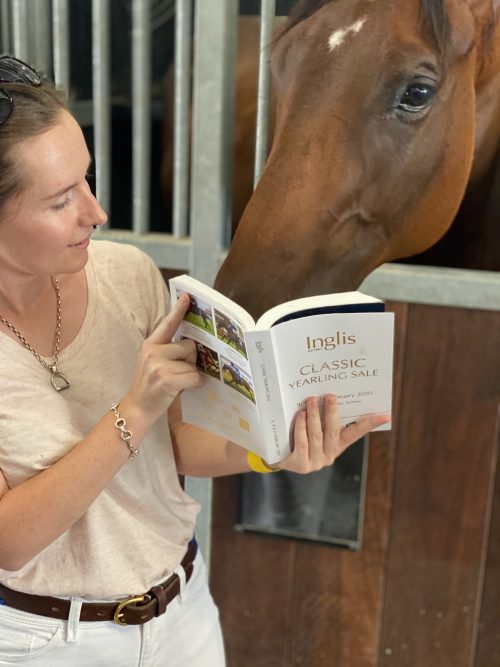