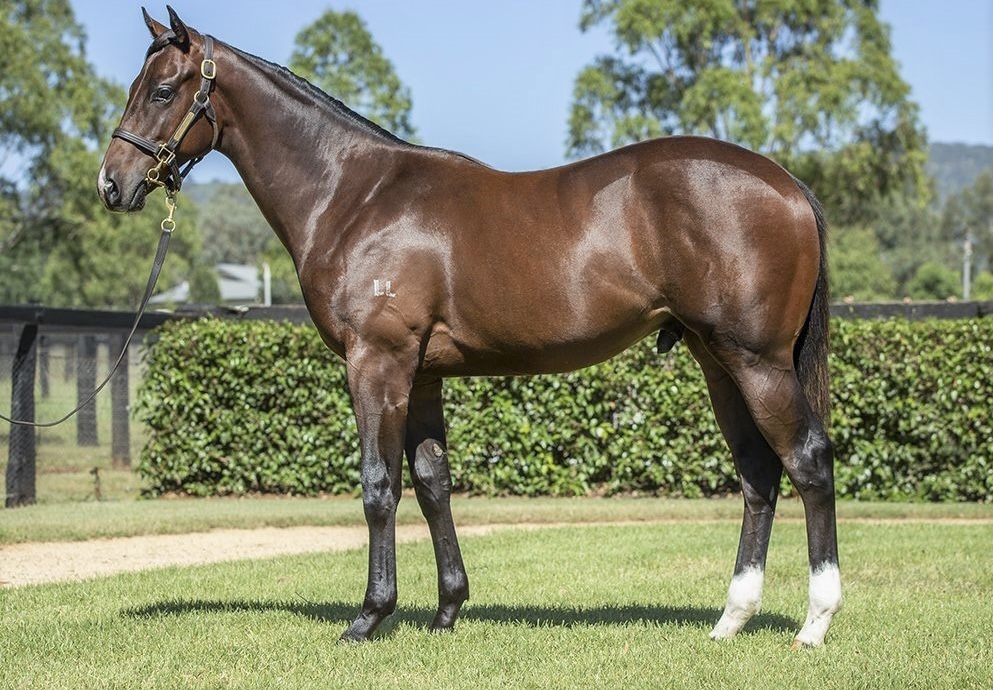 I AM INVINCIBLE is a particularly hot and expensive stallion in Australia right now and it comes as little surprise that his sire sons are very much in demand … especially when those sons are lightning-fast Group 1 winners who “throw them to type”.

HELLBENT was certainly fast! A winner of 7 races from 1000m to 1200m, HELLBENT capped his marvellous career with a Group 1 victory in the William Reid Stakes – in near record time – off the back of a neck 3rd in the Group 1 Oakleigh Plate at his penultimate start.

A winner as a 2YO, HELLBENT also won his first start at 3 (defeating 3 x Group 1 winner LE ROMAIN by 4 lengths) & then 3 of his first 4 starts as a 4YO! It’s worth noting that in all bar one of his runs at Group 1 level – which included a win & 2 placings – he never finished worse than 4th and could be considered unlucky not to have won the 2017 William Reid & 2018 Oakleigh Plate.

A magnificent looking dark bay, HELLBENT is the spitting image of his sire I AM INVINCIBLE and is throwing similarly nice types.

HELLBENT is out of the VOLKSRAAD mare VOLKASPRAY and hails from the family of Golden Slipper winner PAGO PAGO.

In 2019/20, there was $808 million distributed in prizemoney throughout Australia with stakes increasing by 82% in the last 10 years: the highest of any racing nation in the world. There are also 72 races worth $1 million or greater in Australia – including 8 x 2YO races – whilst the phenomenal $15m The Everest is the pinnacle for the older horses.

This colt is also BOBS (Breeder Owner Bonus Scheme), and BOBS EXTRA eligible, which means he will be running for millions of dollars in extra bonuses over and above any prizemoney. For example (using some standard race figures):

Please complete the details below and we will touch base with you shortly.