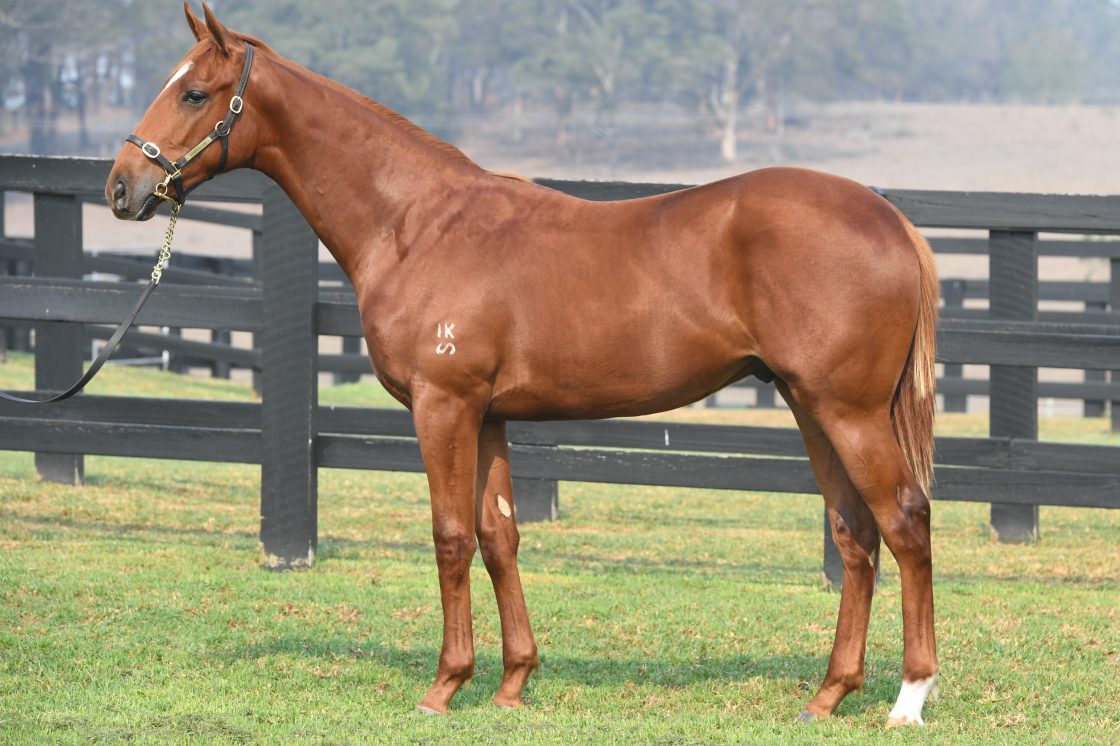 We’re just so excited to have secured this colt for our team. The upside is incredible.

That said, he’s a dead set look-a-like for arguably SEBRING’s best galloper: the 4-time Group 1 winner CRITERION … which makes it very interesting as CRITERION is also a close relation in blood to this colt.

Others close up in this pedigree are Group 1 winner COMIN’ THROUGH, the Sydney stakes winner and Group 2 placed 2YO MOQUEEN and Godolphin’s multiple stakes winner MALICE, but while they are all black type highlights, it’s worth noting that the 2nd and 3rd dams, along with CRITERION’s mum MICA’S PRIDE, have produced 29 winners between … from 29 to race! This family knows how to throw winners.

We’re confident that this bloke will stand out from the crowd … and not just because of his looks!

There’s a very good reason why everyone loves the SEBRINGs (paying up to $825,000 for his yearlings at the 2020 Magic Millions Gold Coast Yearling Sale). It’s because they win and they win big!

Like often begets like – this colt is a flashy chestnut with a white blaze too – but while SEBRING has produced more than his share of speedy 2YOs, his versatility is phenomenal and his runners include Horse of the Year DISSIDENT (7 wins, inc. Group 1 Randwick Guineas), EGG TART (Group 1 Queensland Oaks) and – significantly – the Champion CRITERION (Group 1 Australian Derby, Group 1 Rosehill Guineas, Group 1 Queen Elizabeth Stakes etc.). Importantly, this colt’s 2nd dam is a sister to the dam of CRITERION!!

Sadly, SEBRING is no longer with us but already this season he has produced the winners of over $5 million, including 2020 $1 million Magic Millions Trophy winner PRIMITIVO and Hong Kong’s Group 2-winning sprint sensation AETHERO. He is also currently a top 4 Australian stallion by winners.

Boasting a 4 x 3 cross to the legendary DANEHILL, this colt also has the added advantage of SEBRING’s ‘nick’ to DANEHILL. The direct link has brought 14 winners – 2 of them stakes winners, while the nick to DANEHILL and his sons has yielded a host of stakes winners, including AMPHITRITE (Group 1) and SEDANZER (Group 2).

This is such an exciting pedigree.

STICKY FINGERS, is a ½ sister to 9 winners – from 9 to race! – which includes the Listed Dulcify Stakes winner MOQUEEN, who was also a close up 3rd in the Group 2 Magic Night at 2, with other siblings featuring Group 2 placegetters BEAUTY EXPRESS and MONEY ROCKS. Yet another ½ sister is the dam of Godolphin’s multiple stakes winner MALICE and multiple Group placed SANCTIONED.

Here’s where it gets REALLY interesting though. STICKY FINGERS’ dam, the Group placed MONEY BEGETS MONEY, is a full sister to Sydney Group winner MICA’S PRIDE. The dam of 10 winners from 10 to race, MICA’S PRIDE has produced 4 stakes winners: Group 1 Doomben Cup winner COMIN’ THROUGH, Group 2 winner VARENNA MISS and Sydney stakes winner SILENTLY (dam of Group winner MUWAARY). However, the most notable progeny of MICA’S PRIDE is undoubtedly CRITERION, the 4-time Group 1 winner of $7 million.

CRITERION is also, of course, by SEBRING, making this colt a close relation in blood to the Champion galloper!