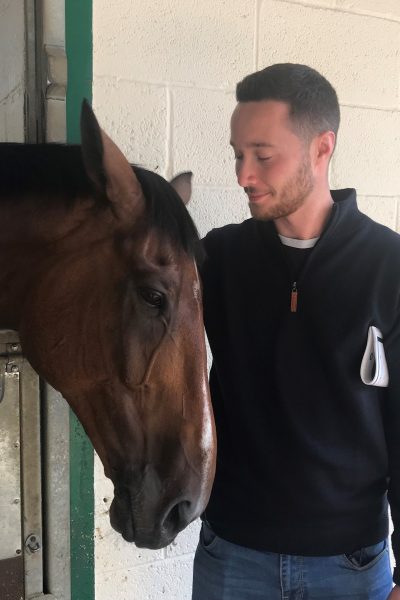 Lewis comes from Sussex in the United Kingdom and joined the Triple Crown team in 2019. He graduated from Bournemouth University in 2018 with a First Class degree in Multimedia Journalism before being accepted onto the British Horseracing Authority’s Graduate Development Programme.

After completing the programme, Lewis sought to combine his passion for both writing and horse racing. He worked as a journalist for the Racing Post and ANZ Bloodstock News, which helped to increase his knowledge of the Australian racing and bloodstock industries no end.

Reporting on the Hunter Valley stallion parades also helped to ignite Lewis’ love of Australia and he subsequently moved from the UK to Sydney in October 2019.

Lewis is responsible for all our media and social media output, as well as being an additional contact for owners.