The General salutes at Goulburn 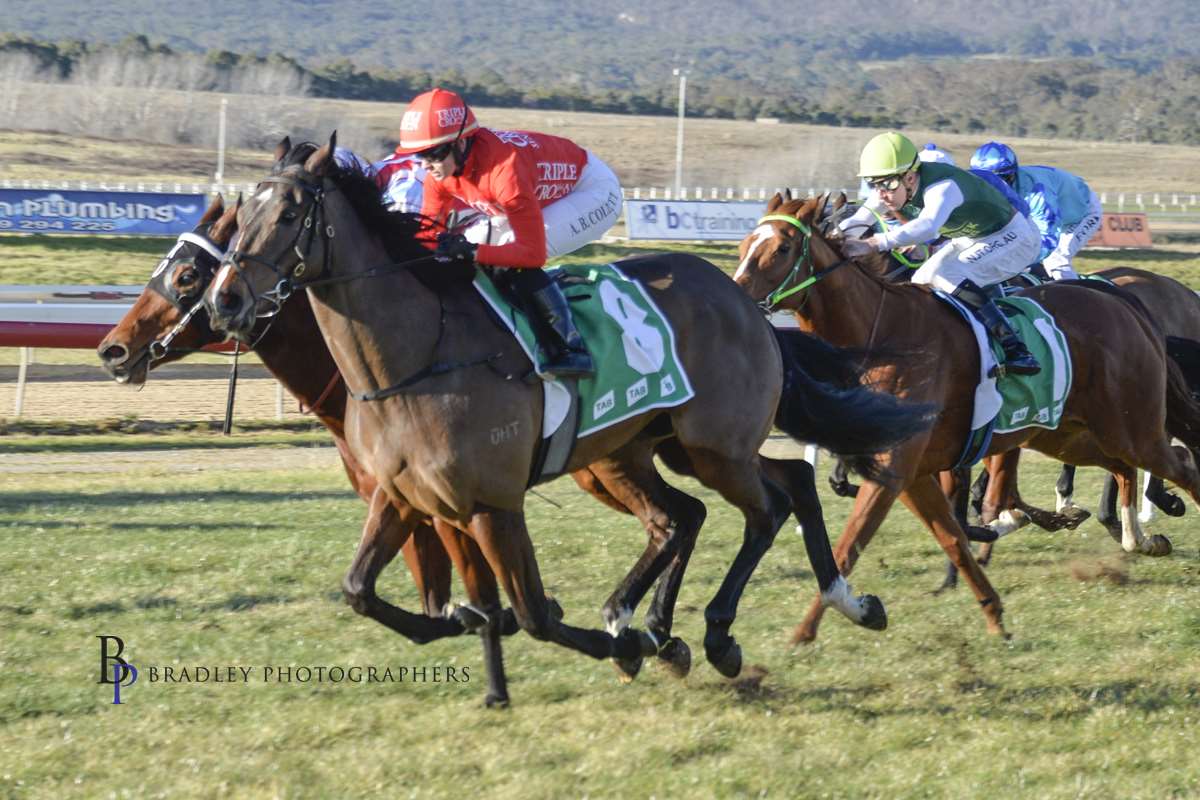 The week got off to a flyer at Goulburn on Monday when GENERAL SOLEIL came with a stunning late burst to break his maiden at the second time of asking.

Having debuted at the same track just two weeks earlier, General Soleil put that experience to good use and charged down the outside under a gun ride from Alysha Collett, winning a shade cosily in the end.

The son of Epaulette stumbled upon leaving the gates but relaxed beautifully in the early stages, before eventually settling towards the rear of the field. Alysha asked him to improve his position approaching the turn and The General responded, though was forced widest of all as he began to let down in the straight.

In what looked a big ask at the 400m mark, General Soleil found plenty for pressure and sustained a run down the outside to get up in the shadows of the post, seemingly relishing the step up to 1200m.

“That was a good result there, this horse has come a long way this preparation,” delighted co-trainer Peter Snowden said in his post-race report.

“He did a great job today and Alysha rode him really well. I thought his first start was good but he was even better today because he settled great, which left him with a tank of petrol at the end. In his barrier trials he was the opposite, bouncing out and racing really hard through the bridle, but he’s learnt to relax now and breathe better.

“He’s still immature and light, but he’s shown that he has good ability and he’s improved out of sight this preparation.

“We’ll do the right thing by him now and no doubt he’ll repay us with wins later on. The Epaulettes are nearly always better at three than they are at two, and he is one who should definitely train on next preparation.

“I was really happy with that performance.” 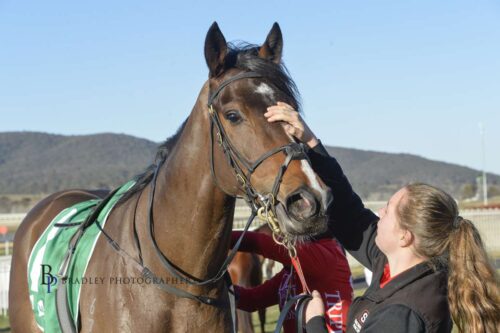 General Soleil receives a pat from his delighted strapper Ella

A superb effort at just his second start and hopefully there is plenty more to come from this progressive individual, especially now he seems to have mastered the art of settling early on in his races.

A huge thank you and well done to Alysha, his strapper Ella and all the team at Snowden Racing for producing him in such fine order.

Congratulations to all his owners, plenty of whom will be celebrating! 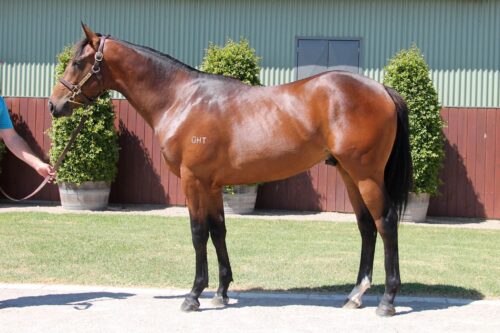 ← Japanese shuttle stallions off the mark with first winners
Bowman: Snowdens have another Smart colt →
Tweets by @TripleCrownSynd