The King leads home a Triple Crown quinella at Gosford 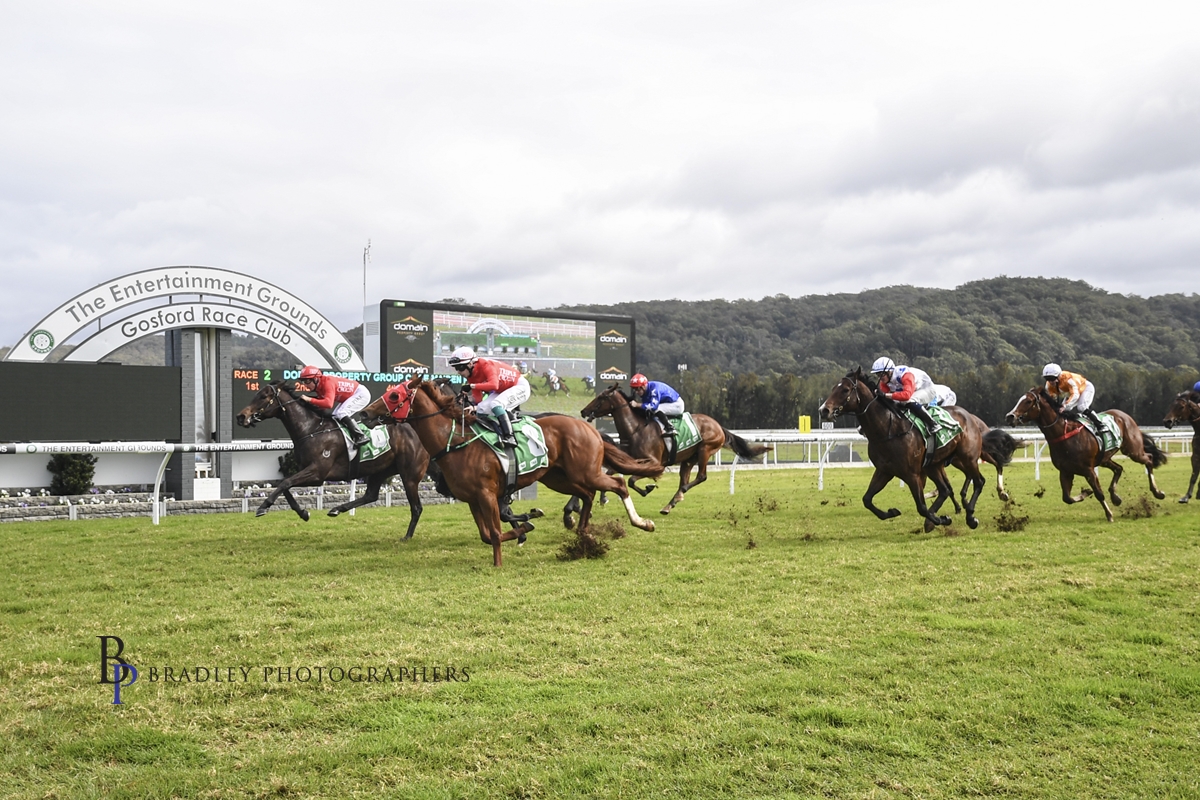 The application of blinkers worked the oracle for promising 2YO KARUTA KING at Gosford yesterday as he led home a Triple Crown quinella in the Maiden Plate for Colts, Geldings & Entires.

By Sebring and out of a daughter of Magic Millions 2YO Classic winner Karuta Queen, Karuta King was forced to do it the hard way from his tricky draw and was posted three-wide throughout the six furlong contest.

Despite the tough run in transit, the $60,000 yearling purchase loomed into contention menacingly around the turn for home and hit the front early in the straight, before digging deep to deny the late surge of his Peter & Paul Snowden-trained stablemate Gotta Fly.

“He’s got the makings of a nice horse I reckon,” said a delighted winning jockey Robbie Dolan.

“He doesn’t really know what he’s doing just yet. Once I got to the front, he pricked his ears a little bit, but once I got stuck up him he really started to lengthen again.

The performances of Karuta King and Gotta Fly were made all the more impressive by conceding both age and experience to a number of their rivals in yesterday’s contest, including the third placegetter, Secret Hunter.

Both Karuta King and Gotta Fly were purchased by Chris & Michael Ward at the Magic Millions Gold Coast Yearling Sale in 2021. That means that, of the five yearlings purchased on the Gold Coast last January, four have run, three have won, two are stakes performers and the other has placed – All in their 2YO seasons!

Yesterday’s quinella also made it a fruitful couple of days for the Triple Crown team, after the fellow Snowden-trained RANGES landed the time-honoured Ramornie Handicap less than 24 hours earlier.

Congratulations to our owners in both Karuta King and Gotta Fly on a fantastic result!