‘This is the one that counts’: Snowdens to get Slipper timing right 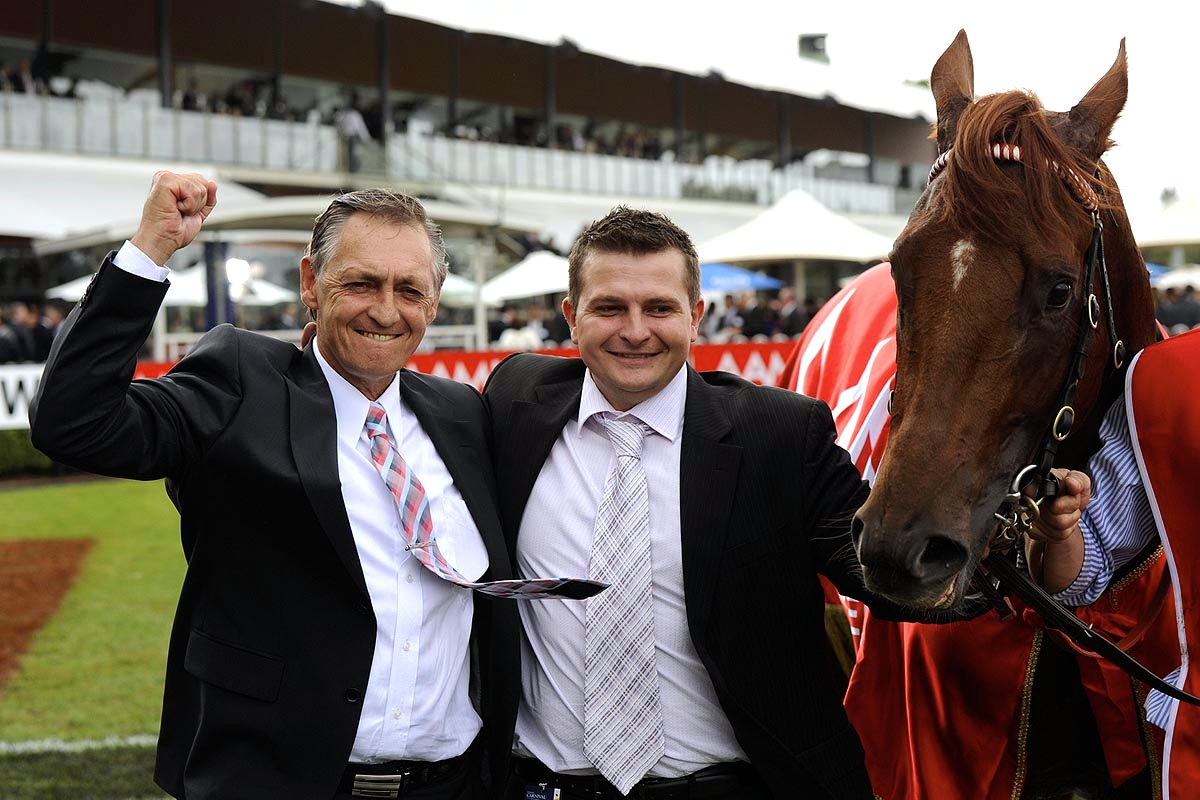 Renowned as the masters of juveniles, Peter and Paul Snowden will be out to erase memories of near misses in the Magic Millions and Blue Diamond with Russian Conquest and Revolutionary Miss in the Golden Slipper at Rosehill on Saturday.

Peter Snowden won the Golden Slipper with Sepoy while at Darley before combining with son Paul when Capitalist completed the Magic Millions-Golden Slipper double in 2016.

Both colts were beaten in the final lead-up for the Golden Slipper, like Revolutionary Miss and Russian Conquest, but peaked on the day to be crowned the best of their generation.

“This is the one that counts,” Paul Snowden said. “You win the Golden Slipper and you quickly forget those seconds. You are working towards this day and that’s what we have been doing with these fillies.”

The Snowdens opted for their traditional preparation run in the Reisling Stakes two weeks out, where Russian Conquest seemed ran fourth to Seven Veils at Randwick.

“It was the run she had to have the other day. Her figures show that she was better than anything in the race from the 600 to the furlong and then emptied out late,” Snowden said.

“She just had too much from where she got in the run, and it was about the run she needed to get here. That was really testing ground, and we’re not worried about the ground on Saturday for her and she is as well as she was before the Gold Coast.”

Russian Conquest is $14, which seems out of whack with the $4.50 on offer about Coolangatta, which goes into the Slipper first-up since the Magic Millions two months ago.

But Snowden believes Blue Diamond runner-up Revolutionary Miss has been completely missed by punters at $16.

She ran two seconds in Sydney, firstly to Slipper contender Fireburn before being stakes placed behind Queen Of The Ball in the Widden Stakes at Rosehill before she went to Melbourne.

“We were keen to get her into the Magic Millions but when she ran second at her first start she didn’t make the field, so she ran second against her a couple of weeks after the Gold Coast,” Snowden explained.

“We needed to get some continuity into her preparation, so we sent her down to Melbourne and she won the Blue Diamond Prelude and was just out of time in the Blue Diamond [when second to Daumier]. She has Rosehill form and she is not a $20 chance, even from the wide draw.”