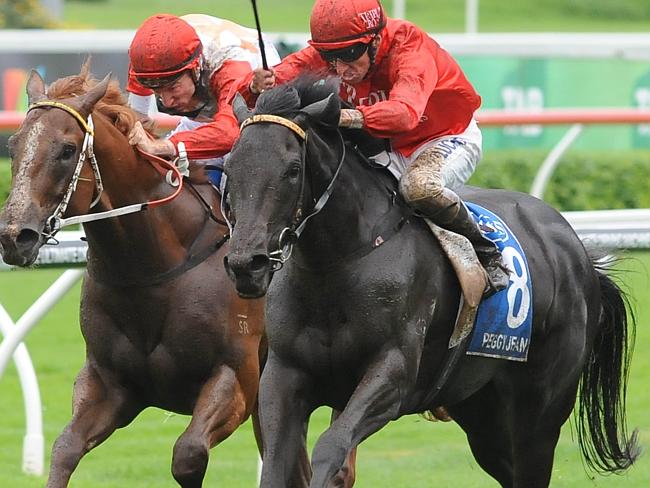 The final Group 1 race of the 2014/15 season is set to run at the Gold Coast this afternoon. Not only is the Group 1 Tattersall’s Tiara the final Group 1 race of the season, but also the  Brisbane Winter Racing Carnival, which has proved extremely successful for the Triple Crown Syndications and Snowden Racing team. Sires’ Produce winner Peggy Jean (Myboycharlie ex Lady Of Love) holds the team’s hopes in the 1400m Set Weights feature for fillies and mares, and trainer Peter Snowden is confident she has what it takes to win.

“We gave her that one start up in Brisbane and she had no luck at all. It was aimed at having her right for this Group 1,” Snowden told The Sydney Morning Herald.

“She has trained on from that, we are very happy with her and Zac Purton has been booked to ride her. She already has that Group 1 win but to get another one at three would only help her value.”

A Tattersall’s Tiara win would see Triple Crown bookend the Winter Carnival,with Hot Snitzel taking out the first of the Group 1’s when claiming victory in the BTC Cup in May.

Also representing Triple Crown in the red silks this afternoon is 4yo Dothraki (Mossman ex Volantis), who returns to the scene of his Group 3 Gold Coast Guineas win last year.

“Dothraki should get a soft track which he will relish” Snowden reported.

As always a large contingent of Triple Crown owners are expected to be track side as their horses take them to some of the biggest race days of the year.