Both are trained by Gerald Ryan at Rosehill, and while the renowned 2YO trainer believes Maribyrnong Plate winner Boomwaa will be the one to beat, he commented that his two chances are coming along nicely and should prove to be very competitive.

Debuting impressively at Randwick one week ago, Peggy Jean has pulled up in great order and should appreciate the step up to 1200m. Kerrin McEvoy was keen to stay on board and although she has drawn wide this shouldn’t impede her settling midfield and hitting the line strongly as she did on debut.

First starter Smokin Snitzel has been working well and has had two nice trials leading into Saturday’s race. He has also drawn awkwardly in barrier 11 of 13, however with speed on his outside he will hopefully fly the gates and follow Vinnie Eagle to sit in a nice forward position before being right in the mix as the youngsters pass the post. 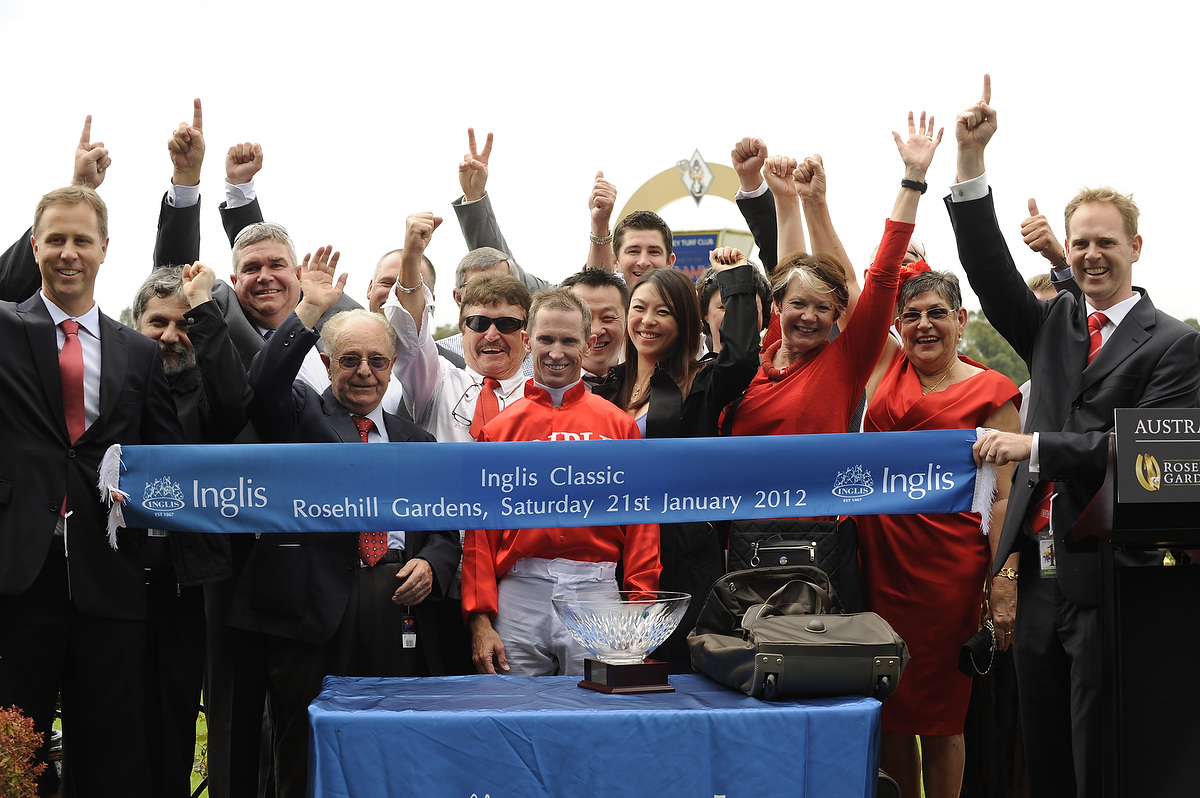 No stranger to success in the 2YO feature the Ward brothers have taken out the Inglis Classic Race on two previous occasions; with Miss Independent in 2008 and Cavalry Rose in 2012.

Miss Independent (a $65,000 purchase), who won the Inglis Classic Race at her second start, earned $548,805 for her Triple Crown owners throughout her racing career and was then sold for $90,000 at the Inglis Easter Broodmare Sale.

Group 3 winner and Group 2 placed Cavalry Rose (an $85,000 purchase) was recently retired with total prizemoney of $437,750 to her name and is now a very valuable broodmare in foal to the remarkably talented freshman sire Pierro.

“We purchased four horses from the Inglis Classic Sale last year” Michael Ward commented, “one went to Melbourne, one is an out and out stayer and the other two have made the field for the graduate race…two out of four isn’t bad”.

And with both chances featuring in the top half of the betting market, it seems the bookies agree.

Chris and Michael will be heading to the Sydney Inglis Classic Sale this coming Sunday and Monday in the hope of finding next year’s Inglis Classic Race winnner.

Keep an eye on the news page of their website www.triplecrown.com.au/news and follow the team on Twitter@TripleCrownSynd for all the latest updates on Inglis Classic Yearling Sale purchases.