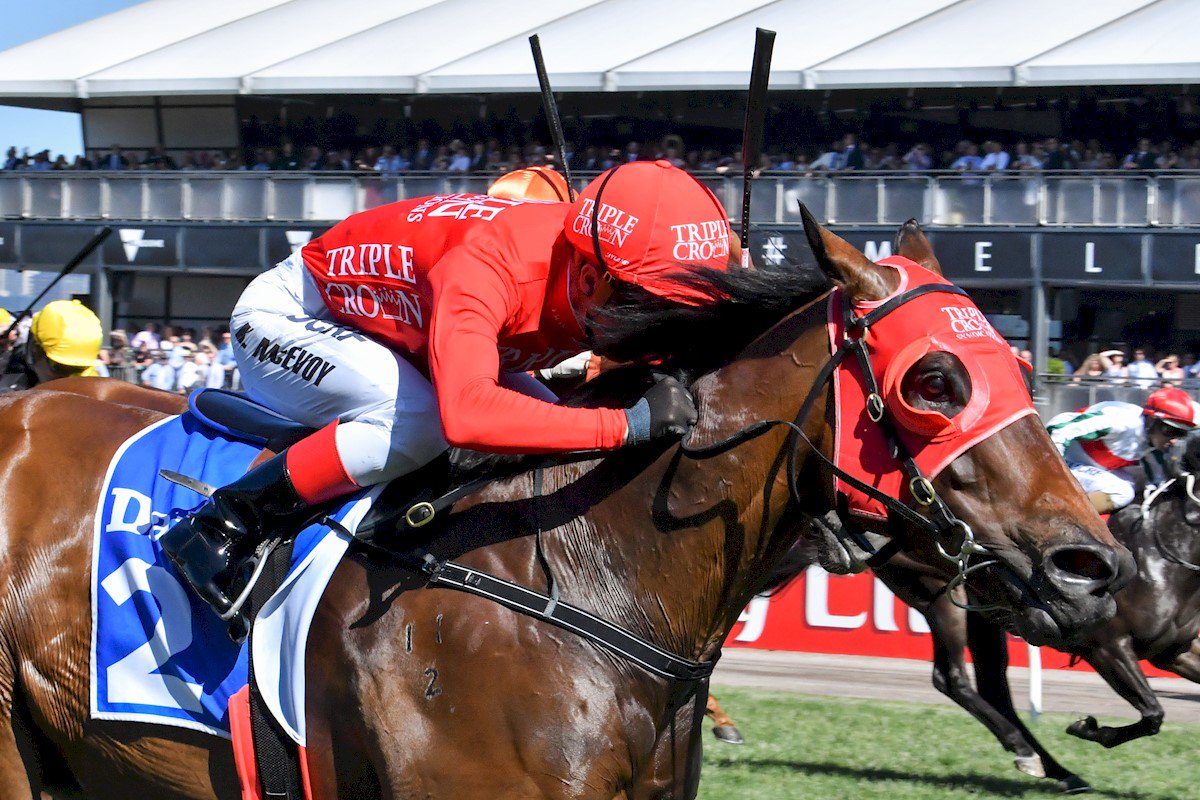 TRIPLE CROWN have selected and syndicated the leading Australian progeny of no less than four individual sires during the 2017/18 season, in further testament to Triple Crown’s superior selection of quality and affordable racehorses.

The NSW Champion Sprinter of the year, Redzel, ended the season as the highest earning racehorse in Australia for the 2017/18 season with $7,532,300 in prizemoney, winning two Group 1s and the world’s richest race on turf, The Everest, seeing him named as the all-time top earning progeny from over 700 runners on the ground for Arrowfield’s Champion Sire Snitzel.

A filly that was sourced at exceptional value, Moss Trip ended the season as the leading progeny for her sire Mossman. The $32,000 Inglis Classic purchase struck for Triple Crown’s 27th Group-race victory since 2010 when winning the Group 3 James Carr Stakes at Royal Randwick. Moss Trip followed up with a dominant victory in the valuable Listed Inglis Guineas at Scone and a placing in the Group 2 Dane Ripper Stakes at Doomben to take her earnings for the season to $445,235.

No less than 10 individual horses were Stakes performed in the Triple Crown red during the 2017/18 season, a remarkable return demonstrating the strength and depth of the team. Brave Song, who was Group 3 placed and a three-time city winner last season, was the leading progeny of Widden’s up and coming sire Your Song. The $67,500 yearling purchase finished third in the Group 3 Eskimo Prince Stakes behind Kementari at Warwick Farm, earning just shy of $200,000 for the season.

A horse that was a revelation throughout last season, Emperor’s Way scored four victories in succession, culminating in winning the Listed Randwick City Stakes for a maiden win at Stakes level, becoming the leading all-time progeny for his sire Roman Emperor. With just short of $400,000 in career earnings, Emperor’s Way has earned over seven times his $55,000 purchase fee as a yearling.

Furthermore, Triple Crown selected and race the leading career earner of sire Reward For Effort, with dual Group 3 winner Gold Symphony hauling in $528,875 in prizemoney throughout his career so far.

A prudent eye for racehorse selection, the table-topping Australian earners of four leading sires during the 2017/18 season that race in the red silks suggests that for the best chance of success, it pays to be with Triple Crown.