Triple Crown on the hunt for next Redzel at Magic Millions 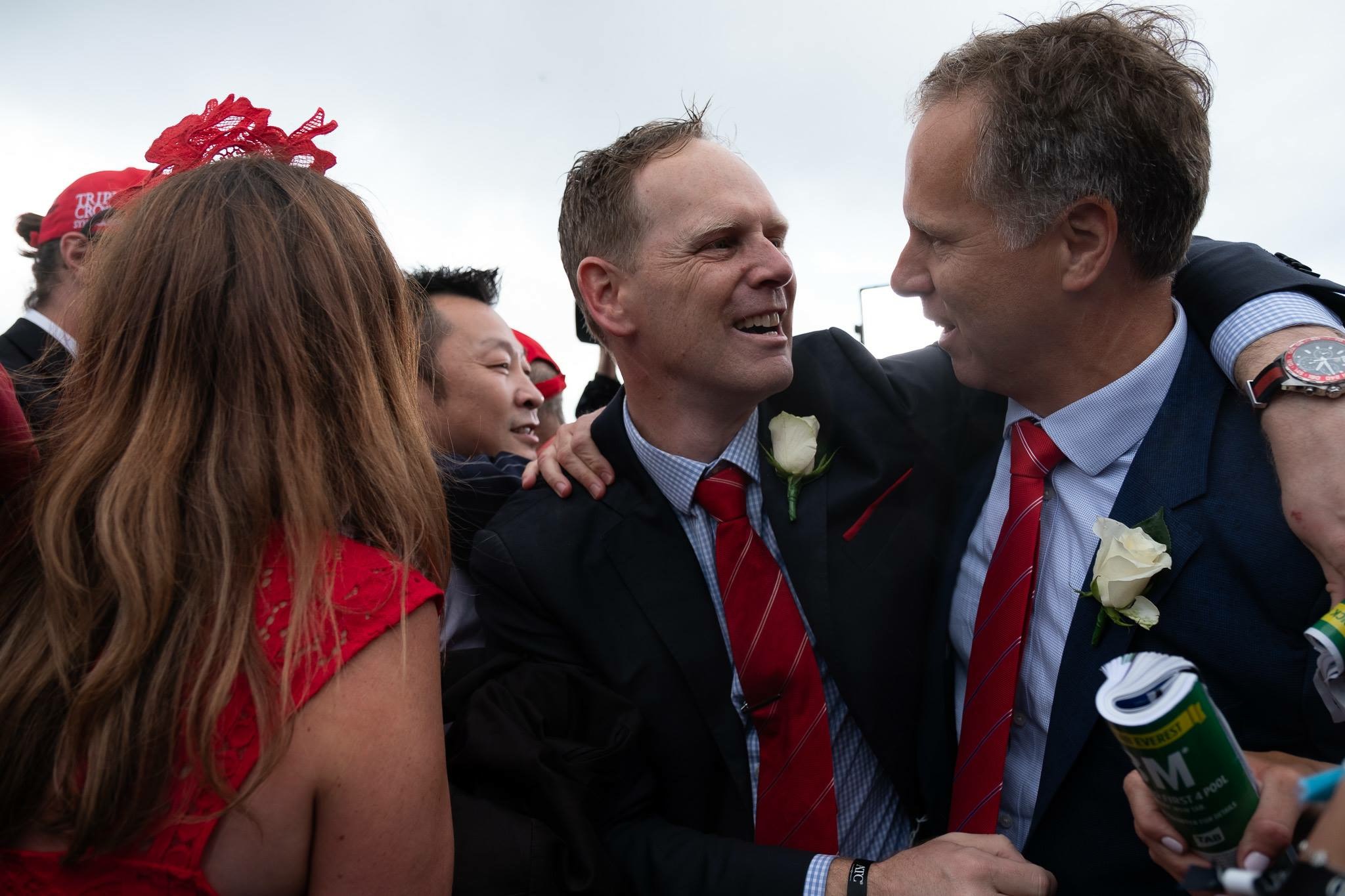 By Andrew Hawkins of ANZ Bloodstock

The action was slowly winding down at Magic Millions’ Bundall complex as day three of the annual Gold Coast Yearling Sale drew to a close.

It was a session in which the sale’s only million-dollar yearling, a Redoute’s Choice (Danehill) colt out of blueblood mare Hades (Encosta De Lago), had created headlines. With just a handful of yearlings left to parade in front of a packed buying bench, the focus had begun to turn to the next day’s racing action and the sales-restricted features, led by the Magic Millions 2YO Classic (RL, 1200m).

Among those focused on the Saturday card at the Southport track, right across the road, were the Triple Crown Syndications team, brothers Chris and Michael Ward. However, it was after a drama-filled morning in which their Group 2-winning colt Charlie Boy (Myboycharlie) had been ruled out of the Magic Millions 3YO Guineas (RL, 1400m) with a hamstring issue, one that would eventually keep him sidelined until the spring.

He had been the $8 third favourite at the time he was withdrawn.

It was with that in mind that the brothers sat ringside as the last few lots went through the Magic Millions ring.

Most eyes were on the first foal out of champion filly Melito (Redoute’s Choice), Lot 560, who would develop into the Japanese Group 2 runner-up Campbell Junior (Encosta De Lago). 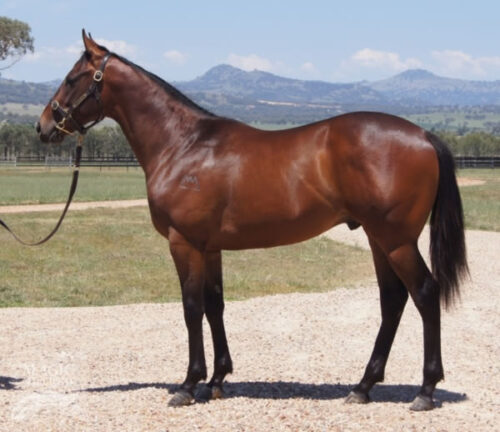 Millrich had already produced nine foals, including another Group 3 winner in Danerich (Danehill), but she died mere weeks after foaling her Snitzel colt, leaving him an orphan.

When he walked with purpose into the sales ring, led by a handler sporting a bright orange Marquee Stud shirt just before 6pm on a balmy Queensland evening, it was not the first time that he had been paraded before a hall of potential buyers.

He had been offered twice as a weanling; he was passed in for $55,000 on a $60,000 reserve at the 2013 Magic Millions National Weanling Sale before he was part of a fire sale of Lee Fleming’s stock at that year’s Inglis Weanling and Bloodstock Sale, where he was purchased for $45,000.

So when he entered the Magic Millions sales ring for the second occasion, this time as a yearling, it was second nature to the laid–back bay.

Right out of the gates, he surpassed his weanling market value with an initial bid of $100,000. Eventually, he ended up in the hands of Triple Crown Syndications for $120,000.

That Snitzel colt would be named Redzel and his feats, well-versed, more than made up for the disappointment of Charlie Boy’s withdrawal. A two-time Group 1 winner, Redzel became the first horse to win the world’s richest turf race, The Everest (1200m), following up a year later to become Australia’s second highest-earning racehorse of all time.

“It was simply amazing; the life experiences we all shared cannot be replicated anywhere else,” Chris Ward told ANZ Bloodstock News yesterday.

“When Mike and I purchased him from the Magic Millions, we had high hopes for him but you couldn’t dream up what he ultimately achieved. The Everest didn’t even exist at that stage.

“To be a part of his journey was incredible, from watching him dominate on the racetrack to seeing his name and the red Triple Crown colours up on the Opera House and the Sydney Harbour Bridge was pretty surreal. At his peak, he was arguably the best sprinter in the world. Our Triple Crown motto is ‘Live The Dream’ and Redzel epitomised that ethos for our owners.” 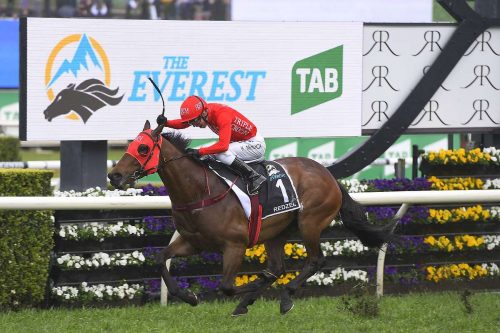 Redzel on route to winning The Everest

For the first time since that 2014 sale, though, there is no Redzel in the stable, the veteran sprinter earning a well-deserved retirement after finishing third in the T J Smith Stakes (Gr 1, 1200m) at Randwick in April. That means, for the Ward brothers, the hunt is on for the next potential Everest winner – a search that continues in earnest next week at this year’s Magic Millions Gold Coast Yearling Sale.

However, the Covid-19 pandemic has meant that different measures have had to be taken in order for the Sydney-based brothers to participate in next week’s auction.

“The Covid curveballs have continued so we continue to adapt our approach,” he said. “This is something that the industry as a whole has done particularly well to date and we will continue to do for a little while yet.

“With Sydney’s Northern Beaches declared a Covid hotspot, we abandoned most of our Christmas to New Year break and hit the road to the Southern Highlands and Hunter Valley to continue on from our pre-Christmas inspections. We have just had to do our homework earlier this year and conduct more on-farm inspections so we are fully prepared for any logistical challenges that get thrown our way.”

The inspections have attracted large crowds as Sydney-based buyers and agents have flocked to regional NSW in order to attend the Magic Millions. For the Ward brothers, they have been taken by the quality of the stock that is on offer in 2021.

“We have been really impressed by the catalogue that Magic Millions have put together this year and the vendors have done an excellent job in navigating their way through the recent challenges and are presenting some really high-quality yearlings,” he said. “The Magic Millions is known for attracting the early-going, precocious types and this year looks to be no different.

“Good horses come from all sales, but the Magics give you a month or two head start which is ideal for those early two-year-old types.” 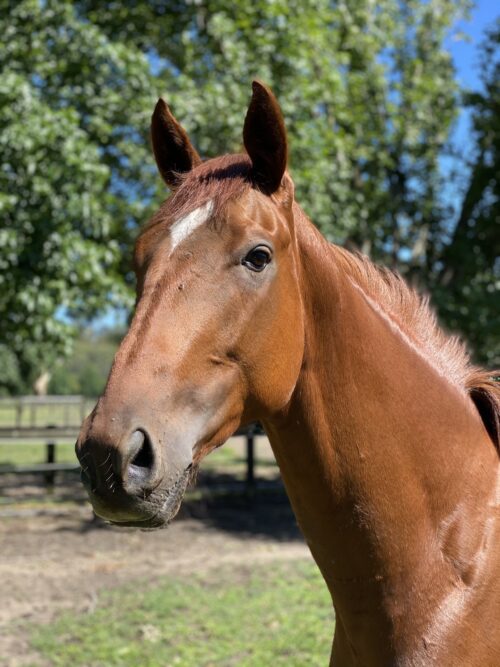 “The Magic Millions has always been a great source of success for us over the years and we have a number of really nice youngsters from last year’s sale just starting to come through now,” he said.

“They seem to be pleasing the Snowdens in their work and the next few months will be really exciting. It’s like waiting to open your Christmas presents to see what you have and we are just starting to remove the ribbons now.”

Proving just how potent the January sale has been for the Triple Crown brigade is the fact their red and white colours will be carried by a number of runners at the Magic Millions raceday on Saturday week, with Poetic Charmer (Your Song), Misteed (Exceed And Excel), Smartedge (Smart Missile) and Smart Image (Smart Missile) among the names bandied about.

“The Magic Millions race day is a day where they really splash the cash around for the owners,” he said. “Most races are worth either $1 million or $2 million and there is even a maiden race worth a quarter of a million so it’s a great opportunity for the owners to get a good return.

“We look like we will have a number of runners there on the day. Poetic Charmer is being aimed at either the Magic Millions Cup or Magic Millions Snippets and Misteed will tackle the Magic Millions Fillies & Mares race. Smartedge will contest the Cup, he has run really well in the race the last two years; both times, he was held up and he finished just a length and three-quarters from the winner. 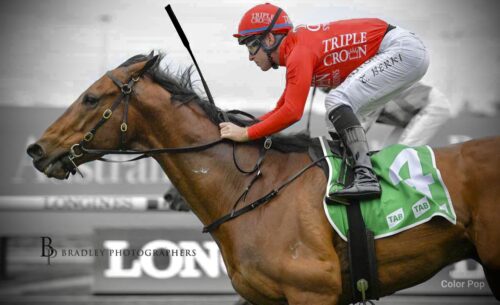 “Then we have the highly talented Smart Image who has been targeted at the $2 million Magic Millions 3YO Guineas. Thanks to striking a heavy track last start, he is at some risk of not gaining a start in the race but if he does, he has a big chance of winning it. In fact, all of our runners will be going in as live chances which is exciting for our owners.”

Smart Image is perhaps the most promising of the Triple Crown quartet as a winner of three of his five starts, remaining unbeaten away from a wet track, and in a number of ways he is reminiscent of Redzel early in his career.

There is already a striking parallel between both Redzel and Smart Image in that their respective sires – Snitzel and Smart Missile (Fastnet Rock) – both won the Breeders’ Plate (Listed, 1000m), while their dams – Millrich and Shared Reflections (Umatilla) – took out the Sweet Embrace Stakes (Gr 3, 1200m). In fact, if not for Smart Missile’s shock withdrawal at the gates in 2011, both sires and both dams would have contested the Golden Slipper.

Despite both Redzel and Smart Image possessing a precocious pedigree with both winning as juveniles, another similarity is that both have been given time to excel beyond their three-year-old days, although both were thrown in the deep end early in their careers too.

For Redzel, he was beaten in the Kindergarten Stakes (Gr 3, 1100m) at his second start and was tested at Group level early in his three-year-old season, but in the second half of that campaign he ran in restricted company, open handicaps or Listed races. It wasn’t until he was a four-year-old that he faced his first Group 1 challenge.

Smart Image has been on a similar trajectory, racing primarily in restricted company apart from one outing at stakes level in the Up And Coming Stakes (Gr 3, 1300m). On Saturday, he finished fifth behind Nuclear Summit (Spirit Of Boom) as a drifting favourite on the Kensington track, a heavy surface bringing him unstuck once again. 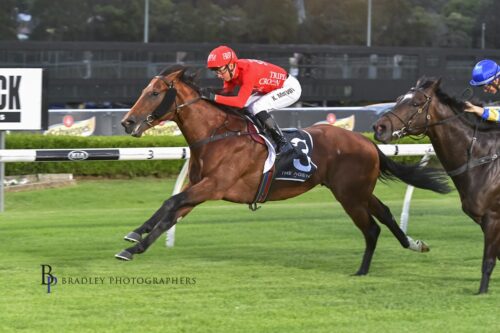 However, the prospect of a good track up at the Gold Coast has Ward excited about the $2 million feature.

“There is no doubt Smart Image is above average,” he said.

“Not many horses start their careers like he has and he has a real X-factor about him.

“He’s a duffer on the heavy tracks but on the dry, he is very, very impressive. He possesses a fantastic turn-of-foot and I believe he still has good improvement to come as he matures and works everything out.

“He looks to be a Group–quality horse to me. Can he become our next Group 1 winner? Only time will tell.”

Triple Crown currently has 60 or so syndicated horses on the books, the majority with Peter and Paul Snowden at Randwick. Chris Ward believes that, despite the impact of the Covid-19 pandemic, Australia’s renowned thirst for racehorse ownership will continue to thrive in the coming years.

“Covid has obviously thrown up a number of challenges from left field but I have been amazed at how resilient the industry has been,” he said. “The various sales figures have held up really well and the demand for shares in horses hasn’t let up. People seem to be adapting well and it appears they want to live a little and enjoy what racehorse ownership has to offer which is unique and exhilarating.

“We are particularly grateful and fortunate to have really loyal and supportive owners which has allowed us to operate the business as usual. I can see 2021 presenting some great opportunities and we are looking forward to taking advantage of that for our owners. More big race winners and great value buys is what we are working towards in 2021.”