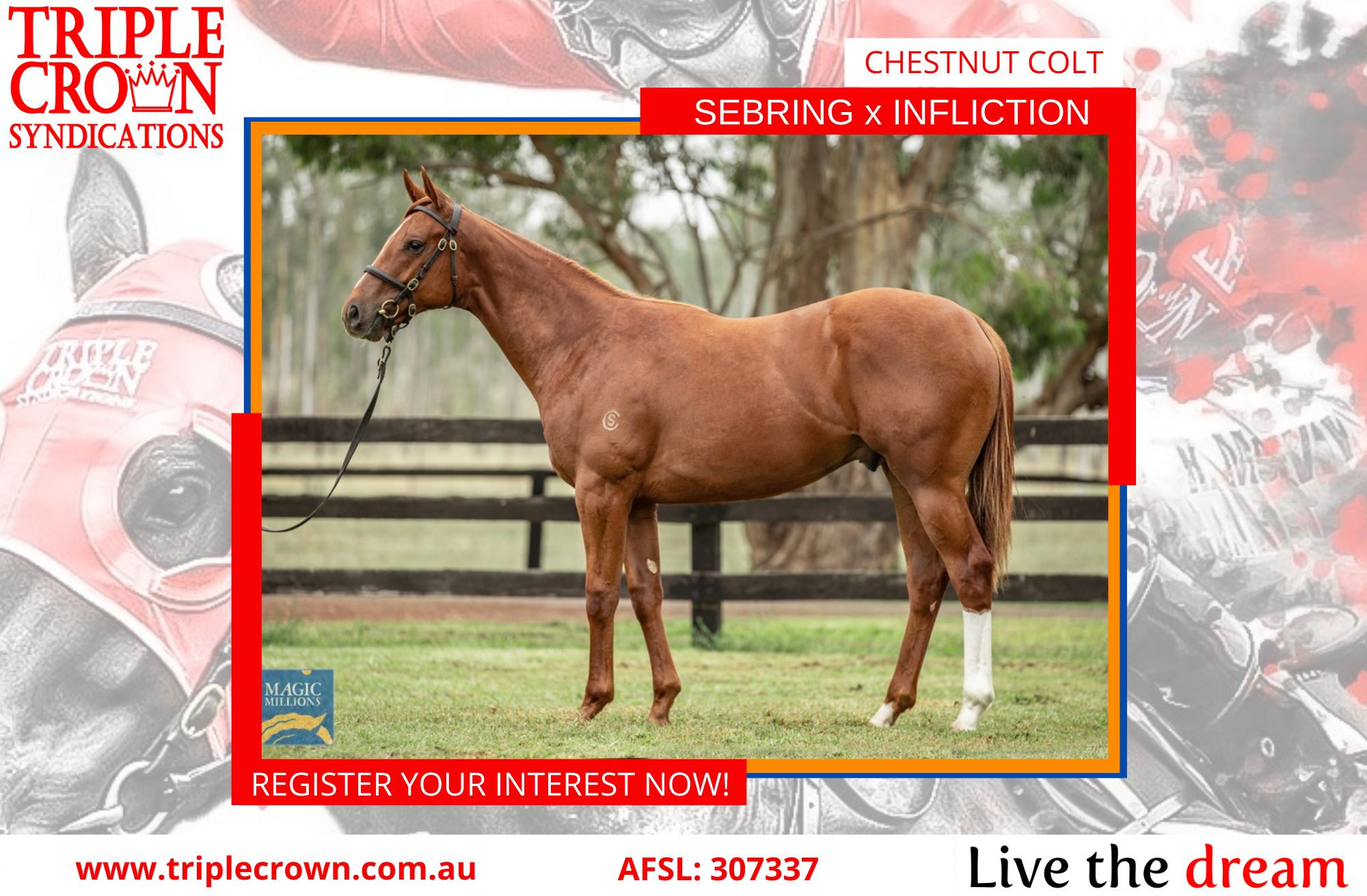 We waited until late on Day 2, but the Triple Crown team are off the mark at the Magic Millions Gold Coast Yearling Sale, securing an outstanding individual in Lot 399.

This colt is by Golden Slipper winner SEBRING out of a daughter of Magic Millions 2YO Classic heroine KARUTA QUEEN – Precocity, speed and class!

Chris & Michael Ward had kept their powder dry for most of Days 1&2 as we focus on quality over quantity, and boy does this colt ooze quality.

“An impressive, athletic colt. He’s bred to go early and has the looks to match.” – Michael Ward

By SEBRING, the all-conquering Champion 2YO Colt of his generation, this stunner is a close relation in blood to 2YO Stakes winner EAWASE. Eawase was also by Sebring and was also trained by Peter & Paul Snowden, so it’s a family our illustrious trainers know very well.

His Granddam, KARUTA QUEEN, was a Magic Millions 2YO Classic winner who trained on to win at Group level and finish runner-up to wondermare Black Caviar in the Group 1 William Reid Stakes. 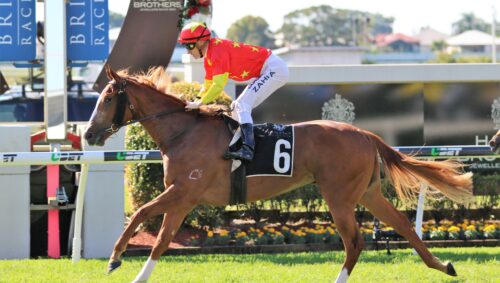 Eawase – a close relation to our colt and trained by the Snowdens to win a Stakes race as a 2YO – plenty of similarities in appearance!

This colt is bred to be early and will be given every chance to do so in the Snowden Racing stable. Peter & Paul ended the 2019/20 season as the leading trainers of 2YOs, so he could not be in better hands!

He looks the perfect type to bring back to the Gold Coast in twelve months’ time for next year’s $2m Magic Millions 2YO Classic – Hopefully he can follow in the footsteps of his Granddam!

In the meantime, you can register your interest here!