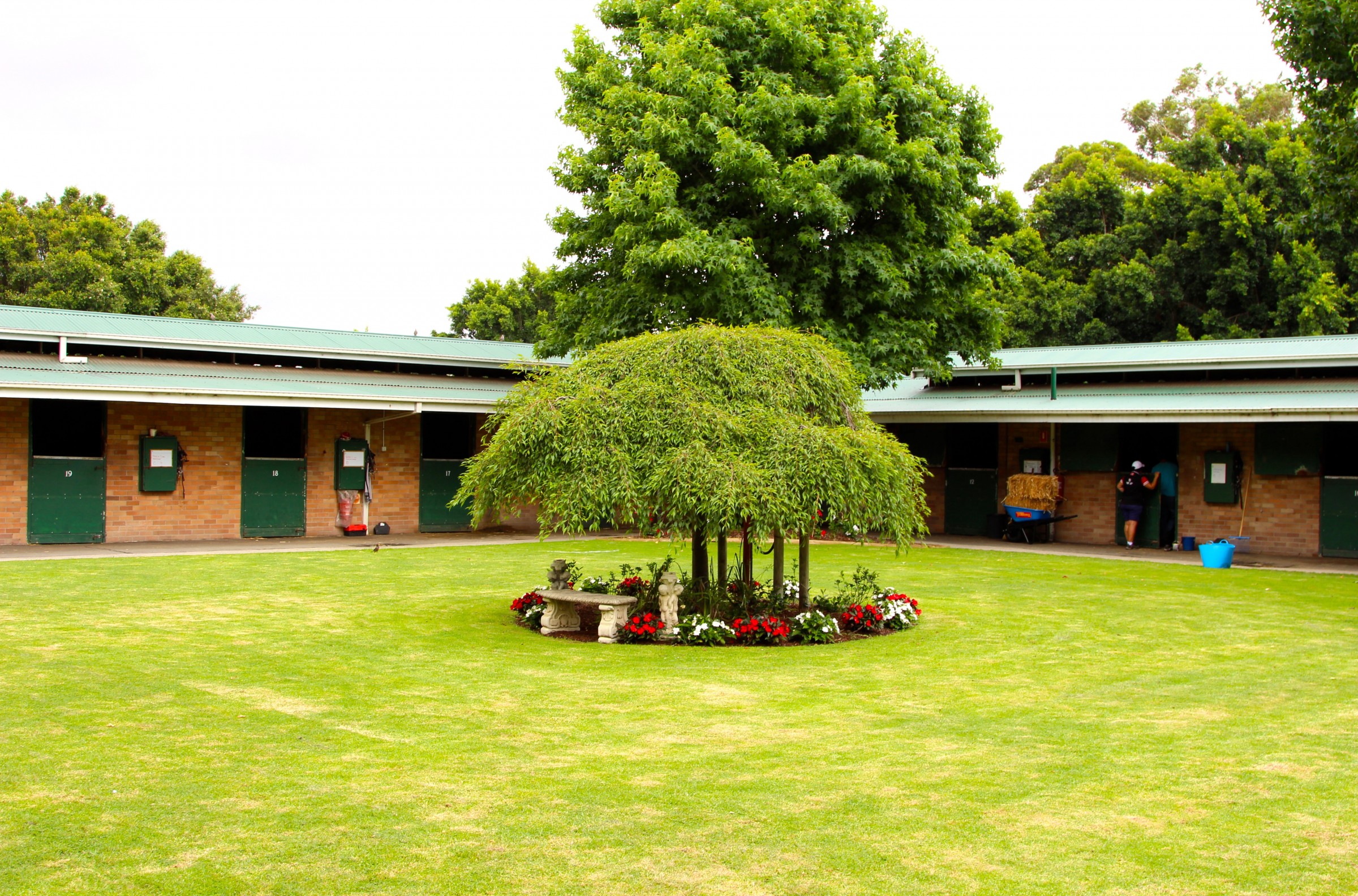 Triple Crown Syndications owners enjoyed a morning with their horses at Peter and Paul Snowden’s stable in Randwick on Sunday. Sydney turned it on with a beautiful morning providing a great opportunity for new owners to meet each other, and for seasoned members of the Snowden Racing/Triple Crown family to catch up.

Owners were treated to a smorgasbord of baked delicacies as they watched their horses, and other members of the Triple Crown stable, parade. The likes of Hot Snitzel (Snitzel ex Flames Of Paris), Charlie Boy (Myboycharlie ex Maritime), Dothraki (Mossman ex Volantis), Redzel (Snitzel ex Millrich) and Rock Mylady (Road To Rock ex Myladys), as well as many others were shown as we heard Peters plans for their upcoming spring campaigns.

Following the parade everyone had the opportunity to meet all members of the Snowden Racing team, including Sydney Apprentice Premiership winning jockey Winona Costin.

The team sure has a lot to look forward to with Winter Carnival stars Hot Snitzel, Charlie Boy and Dothraki all back at Snowden Racing HQ in great order following a brief spell, and three year olds Redzel, Denpurr (Denman ex Pampurr) and Secret Trail (Denman ex Trail Of Secrets) looking to pave the way for the team in the coming months. 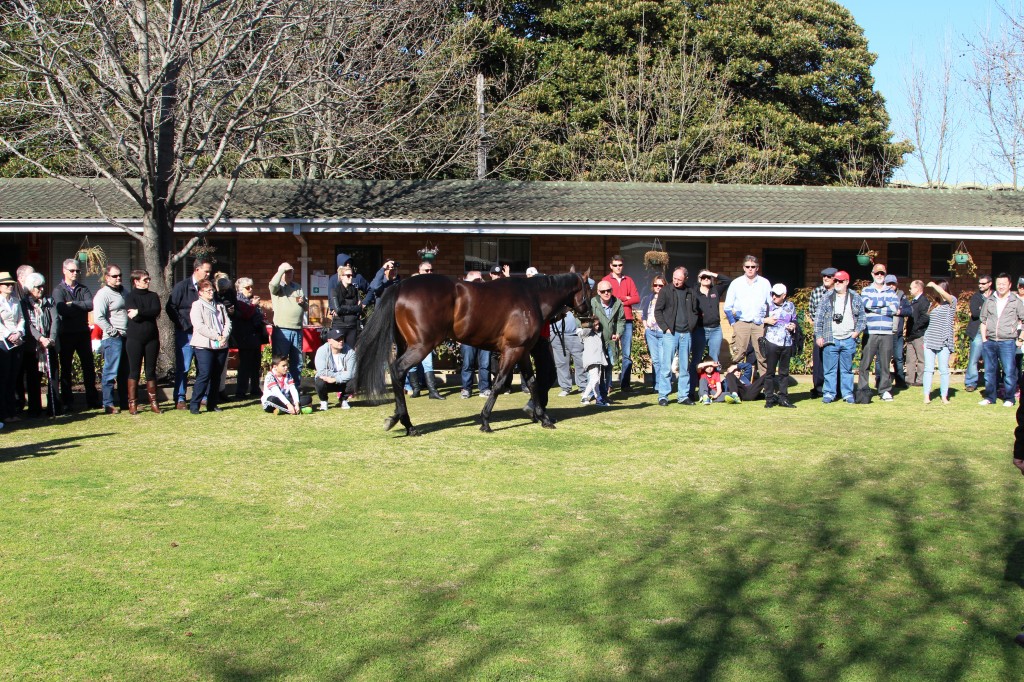 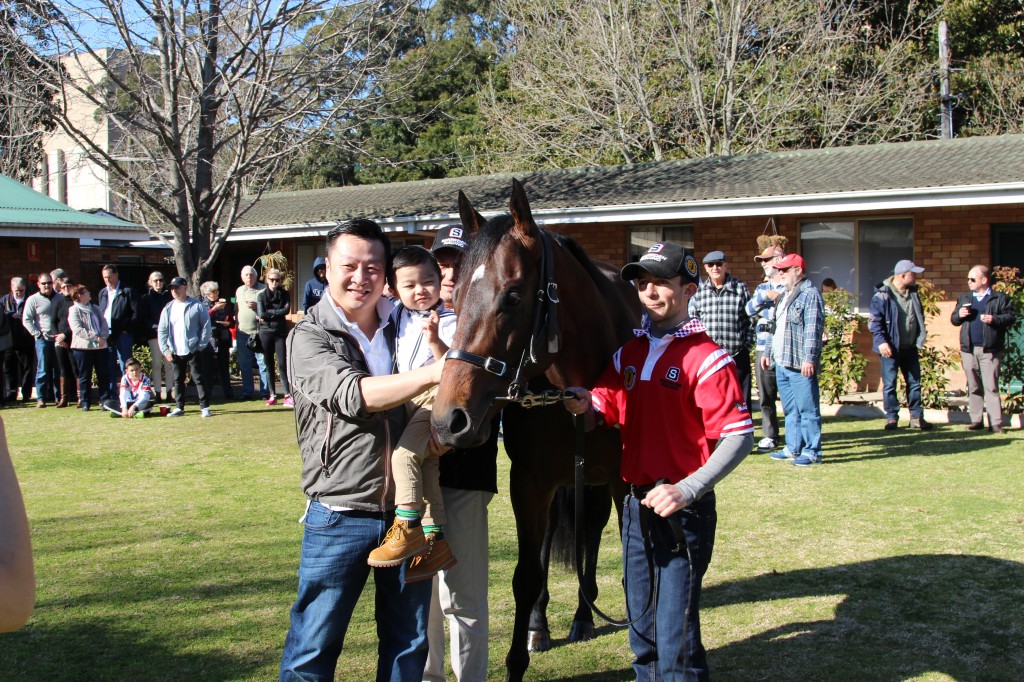 Group 3 San Dominico Stakes entrant Redzel took in the crowd and enjoyed meeting young Christian Chau. He paraded like a seasoned professional in front of the crowd and everyone is looking forward to seeing him take on Group 1 Golden Slipper winner Vancouver at Rosehill on Saturday. 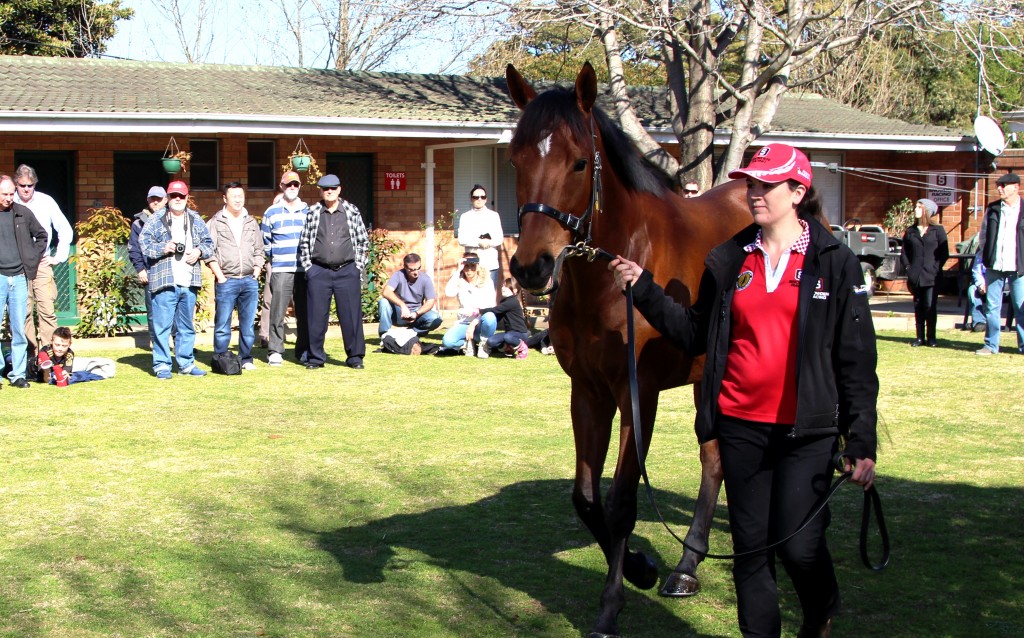 Rock Mylady was looking very well as he embarks on his third racing preparation with the Snowdens. He already has two wins and two placings under his belt from just five career starts and Peter is looking forward to seeing him perform competitively through the Spring. 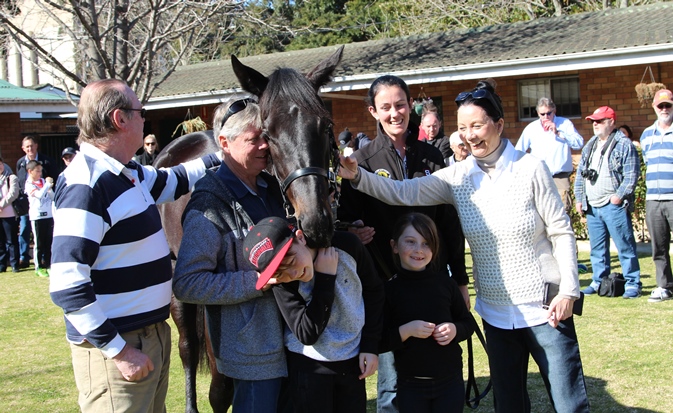 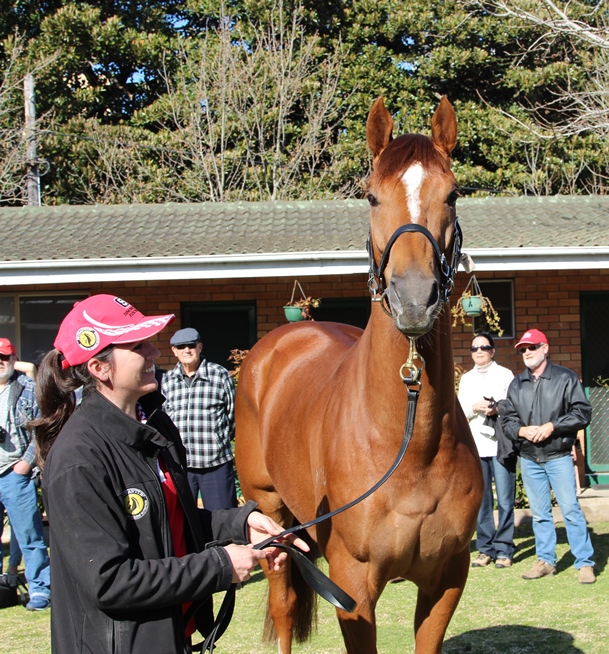 Resident poser El Sasso (Snitzel ex Sassy Peg) always knows where the camera is. He’s been very pleased with himself this preparation with a first and third placing from two starts so far. 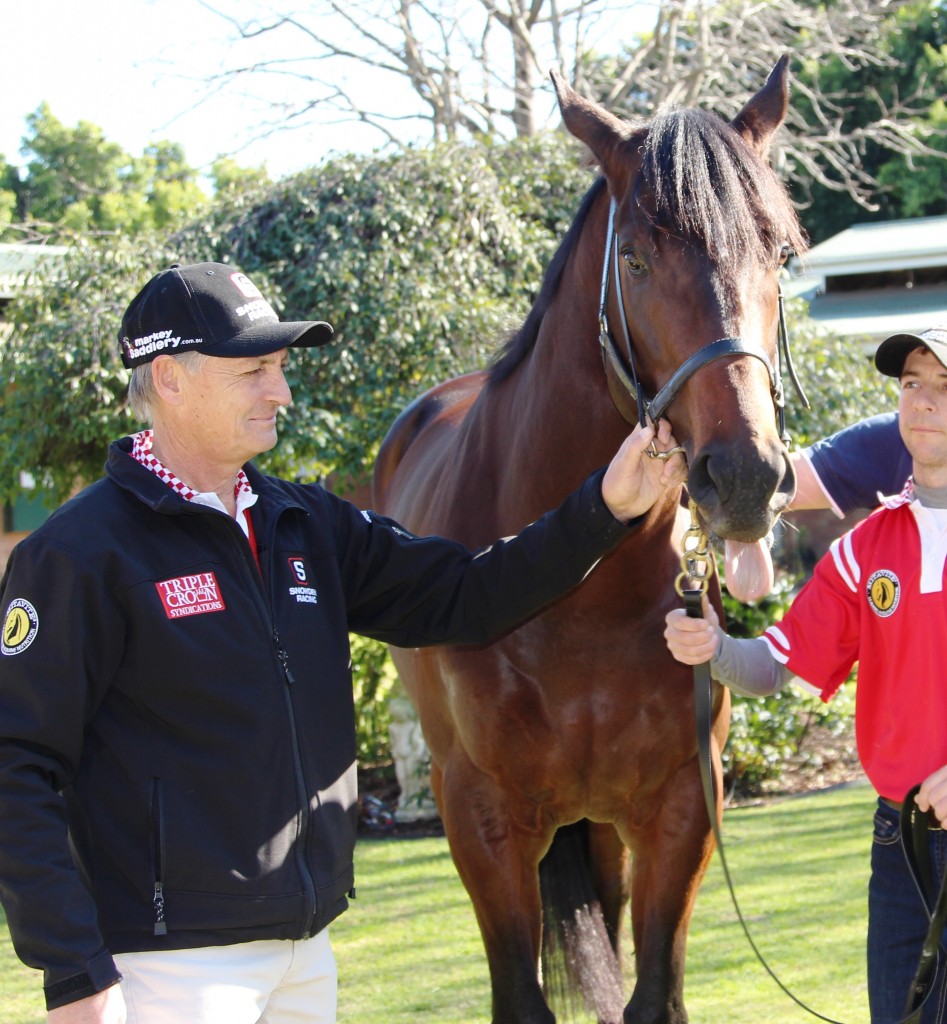 Cheeky Northern Meteor colt Courtza King (Northern Meteor ex Kondari) was feeling very well in himself during the parade and Peter is excited by his Spring Carnival prospects. 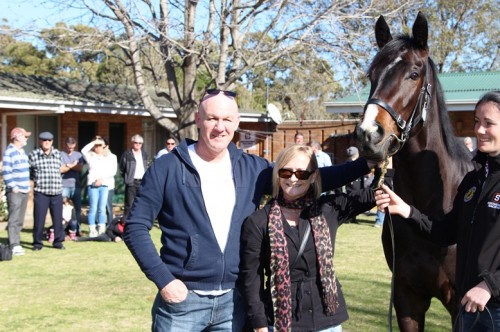 Denpurr, pictured with owners Wayne and Sandra Perry, is ready to head to some nice races following a barrier trial at Randwick on Monday.

A big thank you to the Snowden family for their fantastic hospitality as always, and to everyone for joining us on the morning. A great time was had by all!