Chris and Michael Ward are busy in Melbourne this week sourcing quality yearlings from one of Triple Crown’s most rewarding sales, the Inglis Melbourne Premier Yearling Sale.

Previous editions of this sale have offered the likes of multiple Gr. 2 and Gr. 3 winner Hot Snitzel, who has earned almost $¾ million in prizemoney, Gr. 2and Gr. 3 winner Flying Snitzel, and Lonace, as well as emerging Triple Crown 2YO, Charlie Royale, who turned heads in his debut trial at Rosehill a fortnight ago.

775 lots are presented in this year’s catalogue, and with a well-rounded mix of exciting first season sires and proven stalwarts the sale looks to possess the enticing combination of high quality individuals and exceptional value.

It is this combination that has proven so successful for Triple Crown at previous Inglis Melbourne Premier Sales, and facilitated the purchase of Flying Snitzel in 2011 for only $25,000. Flying Snitzel raced to win the likes of the Gr. 2 Kweney Stakes and Gr. 3 Schweppervescence Stakes, earning prizemoney of $340,950 for her Triple Crown owners before being retired from racing and currently worth hundreds of thousands of dollars as a broodmare proposition.

The annual sale commenced yesterday and the Triple Crown team were early off the mark securing an exceptional Sebring colt for $60,000. From the Three Bridges Thoroughbreds draft the athletic bay colt is from Danzero mare Danrego, the half-sister to racetrack star Eremein. Eremein had 27 starts for 12 wins, 7 seconds and 2 thirds, and earned $4,260,445 in prizemoney before injury and equine influenza cut his career short. His impressive resume of Group 1 wins includes the likes of the Gr. 1 Rosehill Guineas, Gr. 1 Australian Derby, Gr. 1 Ranvet Stakes, Gr. 1 BMW Stakes and Gr. 1 AJC Queen Elizabeth Stakes. He was one serious race horse! As was this colt’s sire, Sebring, who was the Champion 2YO Colt in Australiain 2007-08, won the Gr. 1 Golden Slipper and has already sired 5 stakes winners with his oldest progeny only 3YO’s. 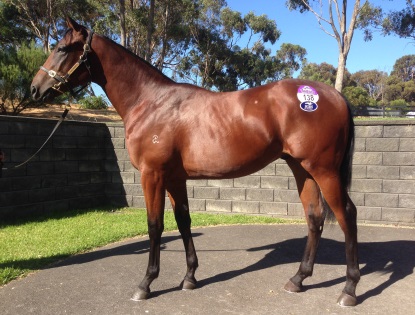 The Ward brothers put their hand up for yet another Sebring on day two in Melbourne, this time a lovely filly from Involve. Involve is the half-sister to British Lion and hails from the family of British General, Unanimously and MRC Blue Diamond Preview winner The Travelling Man. This strong yet elegant filly looks every bit a runner and certainly has the bloodlines to suggest she will run well. 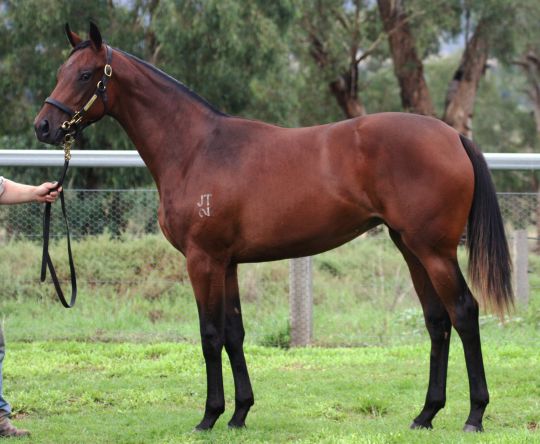 With plenty of value on offer, keep an eye out for further Triple Crown purchases in the coming days as the Inglis Melbourne Premier Sale continues. You can keep up with all the latest news at www.triplecrown.com.au/news and on Twitter @TripleCrownSynd.

For more information on becoming involved with either of the above Sebring yearlings check out the Current Syndications page of the Triple Crown website. Full details of all purchases will be made available in the coming days.