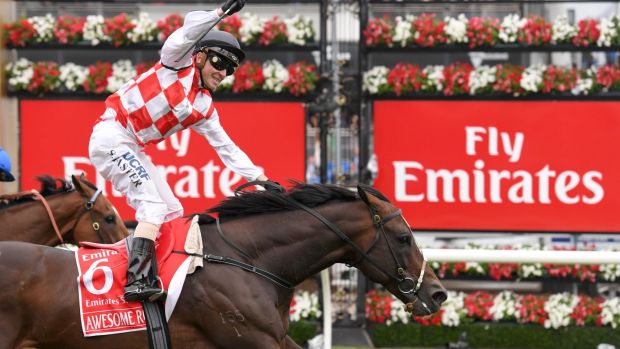 A joint initiative by the local division of the Australian Trainers Association, the Victorian Jockeys Association and the Thoroughbred Racehorse Owners Association will this week put the pressure on Racing Victoria to take decisive action to match stakes in NSW ahead of the industry body’s next board meeting.

“Racing Victoria must act quickly here to protect the future of Victorian racing,” said Griffiths, federal president of the ATA.

NSW lifted stake money dramatically following a High Court victory over race-field fees paid by corporate bookmakers to wager on races in the state, with the increases flowing into the industry in the shape of more stake money.

Saturday metropolitan races in NSW are now worth a minimum of $100,000, while in Victoria it is around $80,000. Proportionate increases have also reached country and provincial meetings.

When the increases were unveiled in September, NSW officials said that the prizemoney hikes were a “watershed” for racing in the state and would drive its future prosperity for decades to come.

Leading Victorian trainers, owners and jockeys fear that the landmark initiative could well drive NSW’s prosperous future – but at their expense.

They want Racing Victoria to act swiftly to equalise the situation and match NSW stakes, or face the consequences of owners moving horses northward.

And if enough trainers are tempted to move over the border, eventually field sizes – the key to successful wagering turnover – will fall as well.

Group 1 winning trainers Troy Corstens and Mick Price – both of whom won top class races during the Spring Carnival, the former with Awesome Rock in the Emirates Stakes, the latter with Flying Artie in the Coolmore – are fearful of the impact the NSW increases are already having.

Both have already lost stock, the pair reporting that a long-standing owner has already directed a horse to Sydney.

“I have a number of clients who have for years supplied me with quality horses from the Hunter Valley region of NSW,” Price said. “This is at risk unless RV act immediately.”

According to the ATA, Victoria has more individuals owning and racing horses – more than 23,000 – than any other state, and there are more than 2500 syndicates involved in the industry, broadening its owner base and supporting trainers, which in turn creates jobs for stable staff and supports many rural economies.

The average field size in Melbourne’s metropolitan races, according to the ATA, is 11 – the highest in the country. This could be jeopardised if owners are attracted to NSW because of a prizemoney differential. And if field sizes fall, wagering will also likely decline, industry lobbyists argue.

With yearling sales just around the corner they want Racing Victoria to commit to matching NSW prizemoney levels “as soon as possible”. Victorian trainers fear their ability to compete at the sales will be compromised if owners shelling out for new stock want them trained in NSW to tap into the bigger prize pool.