Confident from the gates Linda Meech took the son of Sebring straight to the lead where he remained the entire way to the winning post.

After travelling beautifully throughout the trip Wild Fire displayed an impressive turn of foot on the home turn to quickly put daylight, and a lot of it, between himself and the rest of the field. Cruising home under very little pressure from Meech, Wild Fire secured his maiden win in 1:10.65.

To see the replay click below and select Yarra Valley Race 3 on 20 December 2013. 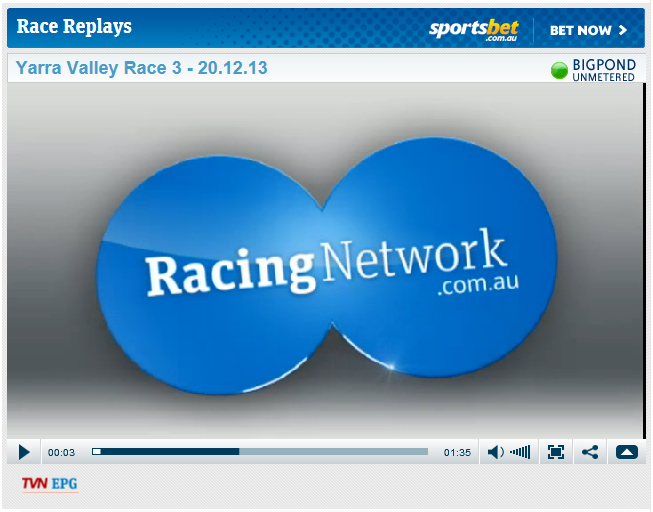 This is the first win for the Peter Moody trained runner who finished a very close fourth on debut.

Hailing from the Erinvale Thoroughbreds draft at the 2012 Magic Millions Yearling Sale, Wild Fire was knocked down to Triple Crown’s Chris and Michael Ward for $100,000. An amount that is sure to prove great value following today’s dominant performance.