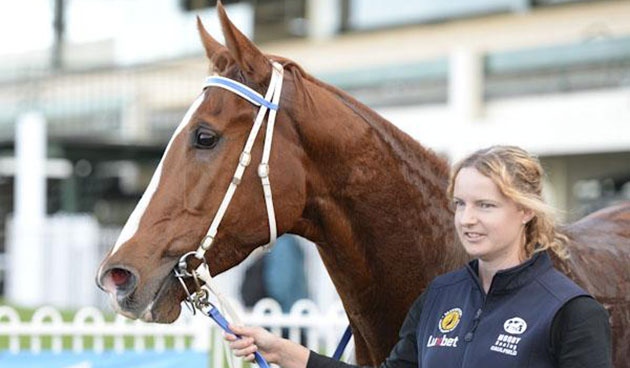 Wild Fire bounced back to form, unleashing a devastating late sprint to claim the VOBIS Gold Bullion at Racing.com Park.

Well-beaten when favourite at Sandown Lakeside last start, the Peter Moody-prepared gelding enjoyed a change of fortune on Sunday.

The race was set up for the swoopers as Benchi Pegasus set a strong tempo, playing into the hands of Wild Fire, who went back from the start.

The contenders made their runs late and Wild Fire ($10) was too strong, beating Whistle Baby($10) and Lord Da Vinci ($3.40 favourite).

Jockey Daniel Stackhouse admitted the original plan was to go forward, but it ended up working in his favour.

“Plan A didn’t work – we wanted to be up on the speed and behind them but he never really jumped that well and wouldn’t go early,” Stackhouse said.

“He relaxed good through the run and I was hoping to cut the corner and get a run through them but that didn’t work so once he got to the outside he let down and really gave a good sprint.

The win was lucrative for connections, who collected $30,000 in SUPER VOBIS bonuses on top of the $42,000 prizemoney for finishing first.