Windsweep blows them away at Gosford

Talented three-year-old filly WINDSWEEP scored the second victory of her burgeoning career when overcoming heavy conditions to win at Gosford on Wednesday.

The daughter of Deep Field benefited from a top ride by the red-hot Tommy Berry, who saved ground the whole trip on route to a comfortable half length success.

With plenty of speed in the race on paper, Tommy rode to his pre-race instructions and sat quiet on Windsweep through the first few furlongs as the leaders set a ferocious early tempo.

In what proved to be the race-winning move, Tommy stayed tight to the rail around the turn for home as a number of Windsweep’s rivals cornered wide in search of better ground.

Having saved ground, Windsweep found herself in front a touch earlier than expected, but she showed a determined attitude to fend off all challengers inside the final 100m. 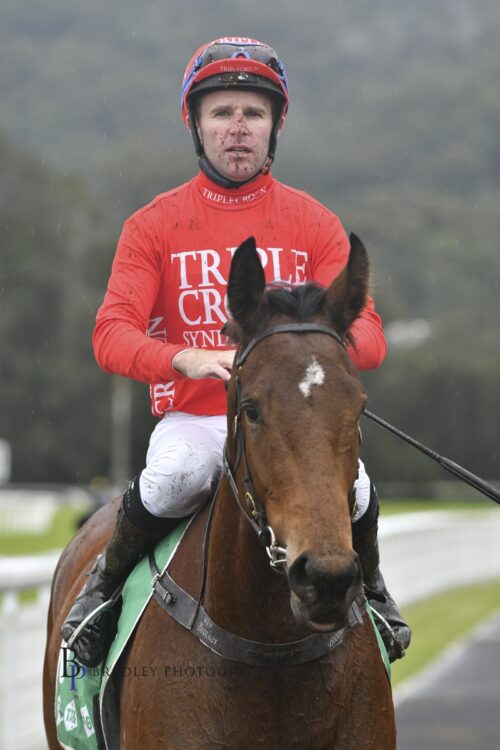 “The race panned out perfectly for her,” a delighted Peter Snowden told Windsweep’s owners in his post-race report.

“They went crazy and three of them attacked each other up front. They were always going to stop and the rest of the field went via the Cape on the corner, giving up a lot of ground.

“It wasn’t the preferred place (the inside) but Tommy had no real choice but to go up there and saved himself four or five lengths by doing so, which proved to be the winning result.

“She’s always been a filly that has promised a bit more than what she has delivered so far, but I think she’ll get better in time. I don’t think that (heavy) is her preferred surface and I think she is definitely better on top of the ground, but she got away with it today.

“I’m really happy for everyone that she has won and let’s hope there is more to come.”

Congratulations to the team at Snowden Racing, her strapper Furbie and all Windsweep’s owners on a terrific success! 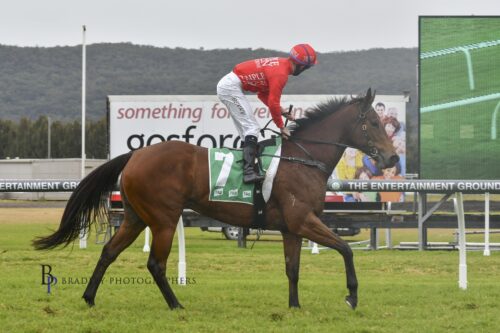 ← Ranges runs out a poignant winner of the Aberdeen Cup
Too Big too strong! Big Bad Bruce powers clear first-up at Doomben →
Tweets by @TripleCrownSynd